The lead singer of Irish rock band U2, Bono was born Paul David Hewson in Dublin. He met the Edge, Larry Mullen Jr. and Adam Clayton at school, and in 1978 U2 was formed. Acknowledged as one of the best live acts in the world, U2 have sold over 157 million albums and won numerous awards, including 22 Grammys and the Amnesty International Ambassador of Conscience Award. In 2005, U2 was inducted into the Rock & Roll Hall of Fame.

Alongside his role in U2, Bono is a groundbreaking activist. A leader in Jubilee 2000’s Drop the Debt campaign, he next took on the fight against HIV/AIDS and extreme poverty, co-founding sister organizations ONE and (RED). With ONE, Bono has lobbied heads of state and legislatures all around the world, helping to ensure the passage of global health and development programs, such as the U.S. PEPFAR AIDS program, that have helped to save tens of millions of lives over the past twenty years. (RED)—which partners with companies to raise public awareness about, and corporate contributions for, the AIDS crisis—has to date generated more than $700 million for the Global Fund to treat and prevent AIDS in Africa. Since 2020, ONE and (RED) have also been fighting COVID-19 and its impact on the developing world.

Bono is also a cofounder of the Rise Fund, a global impact fund investing in entrepreneurial companies driving positive social and environmental change in alignment with the UN’s Sustainable Development Goals.

Bono has received a number of awards for his music and activism, including the Freedom of the City of Dublin (with U2), the Légion d’honneur from the French government, an honorary British knighthood, the Fulbright Prize for International Understanding, and TIME magazine’s Person of the Year (along with Bill and Melinda Gates). 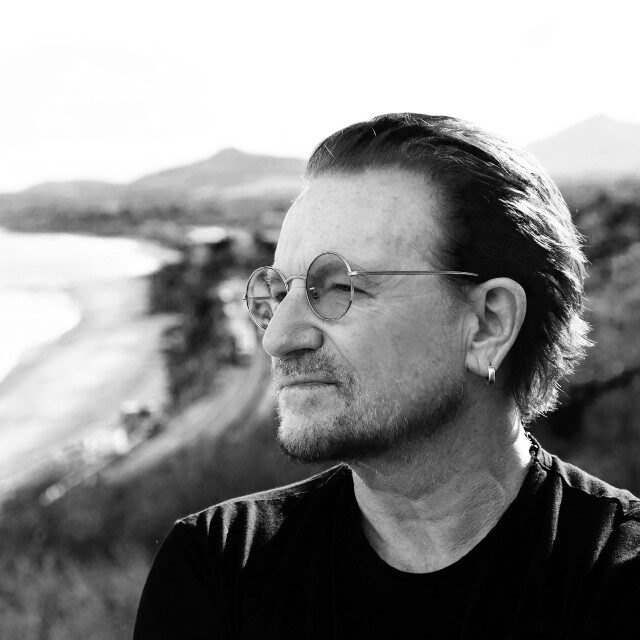