Bobby Shriver, co-founder of (RED) and ONE’s predecessor organization DATA, has spent the past ten years working to help eliminate the financial and health emergencies threatening the people of Africa.

Robert Sargent Shriver III was born on April 28, 1954, in Chicago. He is the oldest child of R. Sargent Shriver, who started the Peace Corps and led President Johnson’s War on Poverty programs of the 1960s, and Eunice Kennedy Shriver, who founded the Special Olympics. After graduating cum laude from Yale College, Shriver began a career as a journalist, working for the Annapolis Evening Capitol in Maryland. From there, he followed a traditional journalist’s odyssey, from Chicago’s City News Bureau to the Chicago Daily News, and then the Los Angeles Herald Examiner. He left the newspaper business to attend Yale Law School. Upon graduation in 1981, he returned to Southern California to clerk for Judge Stephen R. Reinhardt at the Federal Court of Appeals for the Ninth Judicial Circuit.

After his clerkship, Shriver moved to New York, where, with former United States Defense Secretary Harold Brown and James D. Wolfensohn, he worked in the venture capital partnership of the Wolfensohn firm. In 1987, Shriver produced the first ever primetime program on the Special Olympics World Games, for ABC. That same year, he produced (with Jimmy and Vicki Iovine) the first of nine A Very Special Christmas records. These projects have raised more than $100 million to support Special Olympics organizations around the world. In 1999, one of the Very Special Christmas artists, Bono, asked Shriver to help him with the Jubilee 2000 campaign. The idea was to cancel the debt of the world’s poorest nations by building political support with a petition drive. In 2000, Congressman John Kasich led the floor fight to turn the $60 million allocated for African debt relief to $435 million. In 2002, President George W. Bush proposed $15 billion in the President’s Emergency Plan for AIDS Relief (PEPFAR). The debt-relief successes in Washington enabled Bono and Shriver to found DATA (Debt, AIDS, Trade, Africa) in 2002. In 2004, they formed the ONE Campaign to build grassroots support for DATA’s lobbying goals. In 2008 DATA combined with ONE. This unified team continues to build on its grass-roots movement of 2.4 million Americans calling for the U.S. and all G8 governments to help Africans fight AIDS and extreme poverty. In 2006, Bono and Shriver founded PRODUCT (RED) to fight the Africa AIDS epidemic with two other powerful forces-producers of world-class consumer goods and world-class shoppers. Each time someone buys a (PRODUCT) RED product, up to 50% of the gross profit goes to The Global Fund, which-like PEPFAR-provides AIDS medicine funding to African countries based on proven results.

In 2004 Shriver ran and was elected to the Santa Monica City Council by the highest percentage of voters in that city’s 120-year history. Re-elected in 2008 by a larger number of voters, he continues his work to reduce homelessness in the city and across Los Angeles County, with special emphasis on housing homeless veterans. He also led the campaign to clean up Santa Monica Bay.

He lives in Santa Monica, California, with his wife Malissa Feruzzi and daughters Natasha and Rosemary. 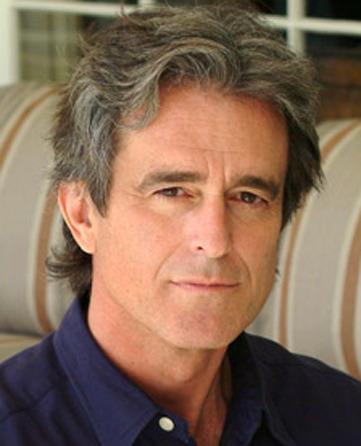