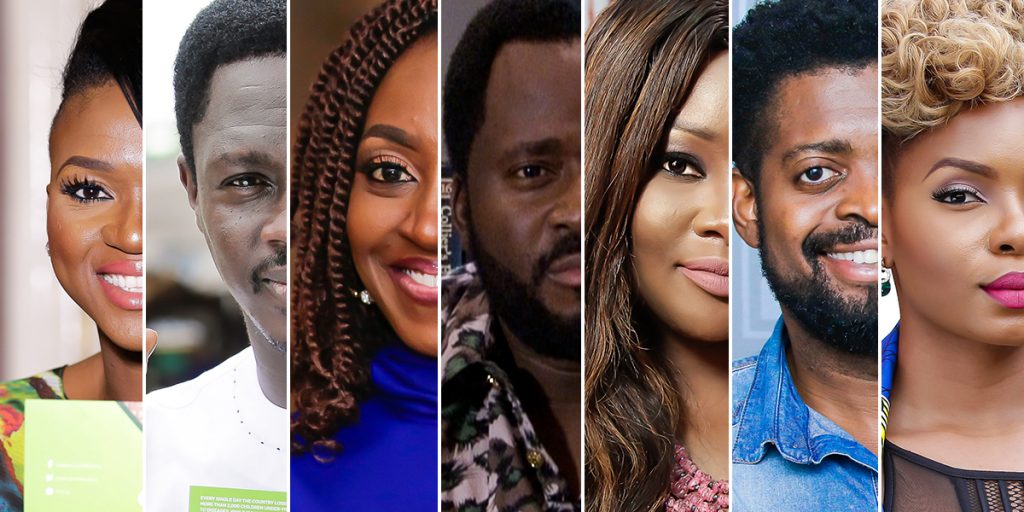 LAGOS, Nigeria  –  As the government prepares to finalise its 2017 budget, top Nigerian celebrities are urging the government to invest in health as stipulated in the National Health Act (2014) and keep its commitment to the African Union’s 2001 Abuja Declaration.

“As a proud and patriotic Nigerian, it is particularly distressing to me that our country is suffering from a silent  killer – this health crisis which is completely avoidable,” Waje said. “It is time to act Naija! We must come together with a collective voice, and tell our government to do more by investing in the health of our children and families, by doing so, we will make Naija stronger.”

Joining Waje at that the launch of a new video by the ONE campaign titled “I AM IN …to make Naija Stronger” was an all-star cast including Yemi Alade, Desmond Elliot, Kate Henshaw, Ali Nuhu, Basketmouth and Toolz.

Ali Nuhu, a household name in Kannywood added his voice to the call: “Enough is enough! This is the message we are sending to our   government. A healthy Nigeria makes a wealthy Nigeria and we need to stand together to Make Naija Stronger. Now it’s your turn, if you haven’t added your voice to better our nation’s health system, you need to do so right now.”

Yemi Alade made a call to the grassroots saying: “Make all of una join una voice to tell our government say make dem put correct money for our health matter so that all the pikin and mama wey dey die unnecessarily for Naija go stop.”

The celebrities were speaking at the launch of the ONE campaign’s new public service announcement video, which features the stellar line up calling for urgent action to invest in public health.

Nachilala Nkombo, Deputy Director of ONE Africa said: “While other African countries are improving their health indicators, inconsistent and insufficient health funding in Nigeria over the years has made access to basic life saving health services a luxury for ordinary Nigerians.

“The Federal Executive and legislature can change this permanently by ensuring that the 2017 federal budget provisions boldly move health up the ladder of national government priorities. As the ONE campaign, we are committed to working in partnership with local groups to ensure that any health funding allocated in the budget is monitored to ensure that it reaches the most needy citizens,” Nkombo added.

Despite being Africa’s biggest economy, Nigeria spends relatively little on the health of its citizens and is facing both a health and a nutrition crisis, as women and children continue to die from treatable and preventable diseases.

Fifteen years ago all African governments made a commitment in Abuja to increase health spending to 15% of their national budgets. However, the funding for the historic Abuja Declaration has never been met by Nigerian policymakers – only 4.37% of the country’s budget is allocated to health in the 2016 Appropriation Bill – and the National Health Act 2014 has not yet been funded nor fully implemented.

To add your voice to this call, please sign the petition urging Nigerian leaders to prioritise health.

About ONE
ONE is a global campaigning and advocacy organisation of more than 7 million people taking action to end extreme poverty and preventable disease, particularly in Africa. 2.3 million ONE members are Nigerian. Not politically partisan, we raise public awareness and press political leaders to combat AIDS and preventable diseases, increase investments in agriculture and nutrition, and demand greater transparency in poverty-fighting programmes.  Its African members advocate at the African Union and in their countries to influence policy decisions.

To learn more, go to ONE.org

FOR INTERVIEWS WITH THE ONE SPOKESPEOPLE AND THE CELEBRITIES FEATURED IN THE VIDEO, PLEASE CONTACT