ONE is a global movement campaigning to end extreme poverty and preventable disease by 2030, so that everyone, everywhere can lead a life of dignity and opportunity.

We believe the fight against poverty isn’t about charity, but about justice and equality.

Whether lobbying political leaders in world capitals or running cutting-edge grassroots campaigns, ONE pressures governments to do more to fight extreme poverty and preventable disease, particularly in Africa, and empowers citizens to hold their governments to account.

ONE’s supporters are crucial to this work. They come from every walk of life and from across the political spectrum. They’re artists and activists, faith and business leaders, students and scientists. They take action day in, day out — organising, mobilising, educating, and advocating so that people will have the chance not just to survive, but to thrive.

ONE teams in Abuja, Berlin, Brussels, Dakar, Johannesburg, London, New York, Ottawa, Paris and Washington DC, educate and lobby governments to shape policy solutions that save and improve millions of lives — and which every year are under threat from cuts and other priorities.

Co-founded by Bono and other activists, ONE is strictly nonpartisan. ONE is not a grant-making organisation and does not solicit funding from the public or receive government funds. ONE is funded almost entirely by foundations, individual philanthropists and corporate partners. 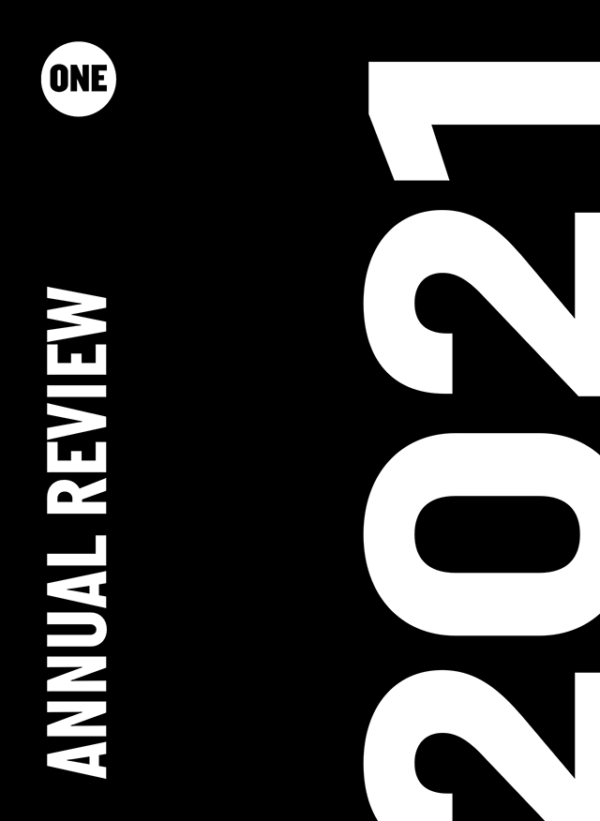 The 2021 Annual Review summarises our key achievements and impact in advancing the fight against poverty over the past year.

Some of our proudest accomplishments include:

ONE’s sister organization, (RED), was founded in 2006 to turn companies into a cavalry to fight the AIDS pandemic. Today, that cavalry is also fighting the urgent threat of COVID and its devastating impact on the world’s most vulnerable communities, answering the need for a truly global response.

To date, (RED) has generated nearly $700 million for the Global Fund, helping more than 245 million people. The money raised by (RED)’s partners and campaigns goes directly to strengthen health systems and support life-saving programs in the communities where pandemics hit hardest.

As a legal matter, ONE is a combined effort of two related non-profit, non-partisan organizations, the ONE Campaign and ONE Action. The ONE Campaign is organized under section 501(c)(3) of the United States Internal Revenue Code. The ONE Campaign raises public awareness and educates policy makers about the importance of smart and effective policies and programs, which are saving the lives of millions of people living in the world’s poorest countries. ONE Action is organized under section 501(c)(4) of the Internal Revenue Code, and engages in grassroots and direct advocacy with policymakers and key influencers around the world in support of such policies and programs.