This blog post is a collaboration between IITA, Harvest Plus and ONE. 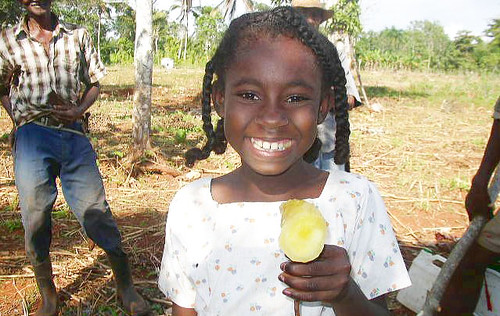 Nigeria officially released three Vitamin A cassava varieties on December 7th, 2011. This is huge news. It’s not every day that a new variety of cassava, a staple root crop in much of Africa, (let alone three!) sets the stage for helping more thousands of poor farming families beat malnutrition. 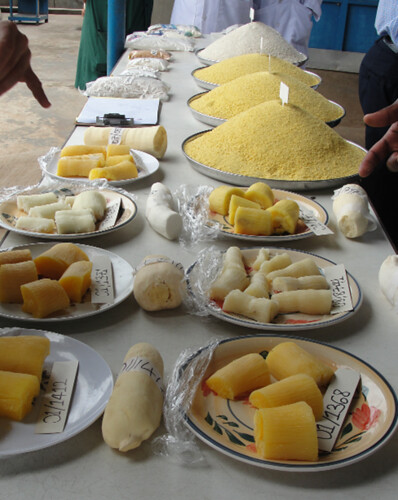 Vitamin A cassava is rich in –- you guessed it –- Vitamin A. You probably eat milk or orange juice fortified with Vitamin D, or salt that is iodized, to make sure you get the right mix of nutrients if they aren’t already in the food you’re eating in high enough quantities. In many parts of the developing world, children and pregnant women don’t get enough Vitamin A. According to the World Health Organization, between 250,000 and 500,000 vitamin A-deficient children become blind every year, half of them dying within 12 months of losing their sight. Rather than fortifying the cassava after it is grown, the cassava naturally grows with high levels of vitamin A.

These new varieties of cassava will be shared with as many as 50,000 farming households in Nigeria by 2013 and could reach as many as 1.8 million farmers eventually. This is a huge step in the fight against Vitamin A deficiency. 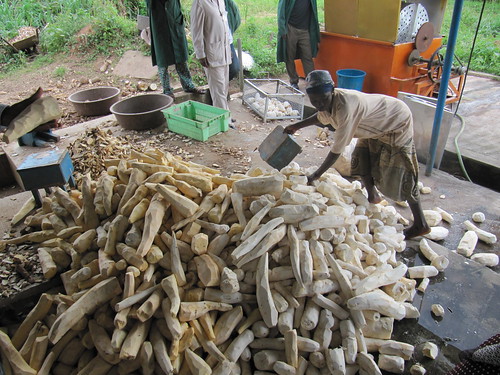 But it didn’t start here. HarvestPlus spearheads an international effort to breed and disseminate new varieties of staple food crops that are rich in vitamins and minerals, a process called biofortification.

First, there were years of research by scientists at International Institute of Tropical Agriculture (IITA) and the National Root Crops Research Institute (NRCRI), both based in Nigeria, to breed three new varieties suited for the African environment, using traditional plant breeding methods. The Minister of Agriculture, Dr Akinwumi Adesina, an advocate of “Agriculture for Health,” launched these three new varieties on March 16 to the Nigerian public. More than 250 participants from the public and private sectors, as well as traditional rulers and farmers associations joined the launch at the NRCRI headquarters in Umidike. These included senior staff from across the government, research, NGO and private sector -– including the Ministry of Agriculture and Natural Resources, Agricultural Transformation Agenda, Ministry of Health, Agricultural Research Council of Nigeria (ARCN), and many others –- demonstrating wide support and collaboration across the board. 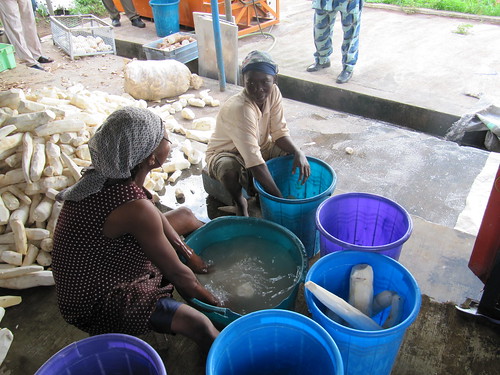 The Minister of Agriculture Dr. Akinwumi A. Adesina highlighted the alarming level of vitamin A deficiency in Nigeria. He praised the supplementation and fortification efforts of the Nigerian Government to combat malnutrition, and applauded the joint efforts of the research institutions such as IITA and NRCRI and HarvestPlus responsible for developing these new varieties of Vitamin A cassava to complement these efforts. Importantly, he also acknowledged that biofortification is a cheaper and more sustainable strategy to address vitamin A deficiency. In addition to requesting a standing ovation for the scientists and bestowing each with a “Ministerial Excellence Award,” he promised that Nigeria will support multiplication and dissemination of these varieties to reach 1.8 million farmers in the coming years under the Agricultural Transformation Agenda of the Federal Government.

After the address, the Minister and guests unveiled vitamin A cassava roots and cassava products such as gari (cassava flour) which is eaten widely in Nigeria. The gari has the signature yellow color imparted by the vitamin A, signaling better nutrition for the millions of Nigerians who are expected to include vitamin A cassava in their diets in the years to come.