It’s undeniable. China has a huge presence in Africa. Many Africans can point out Chinese-funded buildings, roads and mines, and it’s not uncommon to see more than a few Chinese faces around construction projects and efforts across the development sector. As the country moves toward the up and up both economically and as a world superpower, so will its aid to the continent. 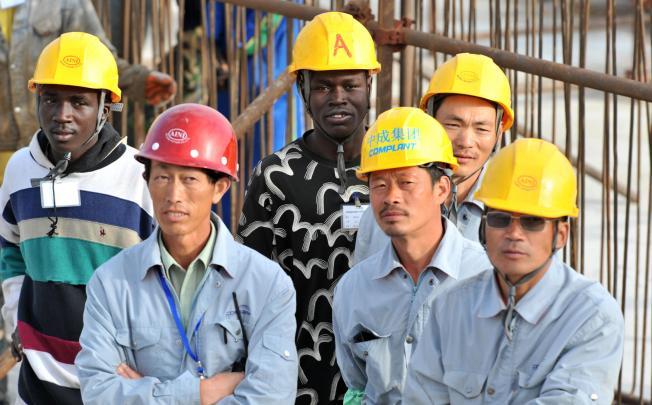 At this critical juncture, the world wants to know: How much aid does China give Africa? Does it help or hurt aid from the United States and other Western donors? It’s been hard to tell, since China releases little information, outside estimates vary widely, and their aid doesn’t come in the form of traditional OECD-type assistance. Plus, there aren’t any mechanisms to accurately measure aid from non-DAC countries. Perhaps until now.

To help answer these questions, an organization called AidData compiled a database of thousands of media reports on Chinese-backed projects in Africa from 2000 to 2011. The database includes information on 1,673 projects in 51 African countries and on $75 billion in commitments of official finance.

Here’s what they discovered: official development finance to Africa seems to be roughly similar in size to the finance provided by the US. And that – a pretty significant amount – is just from the official numbers. According to Brad Parks, the co-executive director of AidData, it’s kind of impossible to give an exact number, since so much aid comes in the form of labor, expertise and other kinds of non-official aid like in-kind donations, making it really hard to measure.

But before you make your assumptions about Chinese aid, here’s some surprising facts on Chinese aid from the Center for Global Development’s new report on the findings from AidData, “China’s Development Finance to Africa: A Media-Based Approach to Data Collection,” which you can access here.

2. The majority of Chinese aid from the past decade, among other things, go toward transport and storage, energy generation and supply and communications.
Some Africans say that the Chinese, unlike donors in the West, have a knack for knowing what Africans really need – including vital infrastructure projects like these. According to economist Yan Wang from Peking University, China accounts for more than 30 percent of total value of infrastructure projects in Africa, higher than other donors. And African governments, businesses, and citizens are all clamoring for infrastructure investment.

3. Women, food aid and education rank as some of the lowest priorities for Chinese donors
No explanation needed here, but experts at AidData suggest that it may be due to the fact that these are major focus areas for Western donors.

4. Ghana, Nigeria and Sudan are the biggest recipients of Chinese aid
Those countries received about a quarter of a trillion dollars in the past 10 years. Most of the projects are going toward – surprise, surprise – infrastructure, like oil pipelines.

5. Chinese aid takes a very different “form” than traditional Western aid
Not necessarily a bad thing, just different. These forms (or “unofficial finance”, as the report calls it) include foreign direct investment without state involvement and NGO aid. This makes it hard for experts, both in the West and in China, to track.

6. There’s a lot of assumptions about Chinese aid – it’s hard to say whether they’re true.
Many people are saying that China is giving to Africa just because they want access to their natural resources, don’t care about environmental or labor standards, and funding projects that have a weak link to growth. But the Center for Global Development encourages people to do their research when making these claims. Why? Because there’s no robust evidence to prove these points. Read up on it in Section 3 in the report.

AidData’s database is the first step in increasing transparency on Chinese aid to Africa – but it is by no means a completed project. Hopefully, thanks to the help of crowdsourcing, it will help measure aid from other emerging G20 countries like India, South Korea and South Africa, which like China, do not give aid through traditional DAC standards.

Kudos to AidData for creating this database, and we’re excited to learn more insights on aid from new donors. And don’t forget to read CGD’s report here.

Did any of these facts surprise you? Tell us in a comment below.