In our second partnership with One Acre Fund, we’ll be following David and Zipporah, smallholder farmers from Kenya, for a whole growing season. From planting to harvest, we will check in every month to see what life is really like for a family making a living from agriculture in rural Kenya. Written by Hailey Tucker. 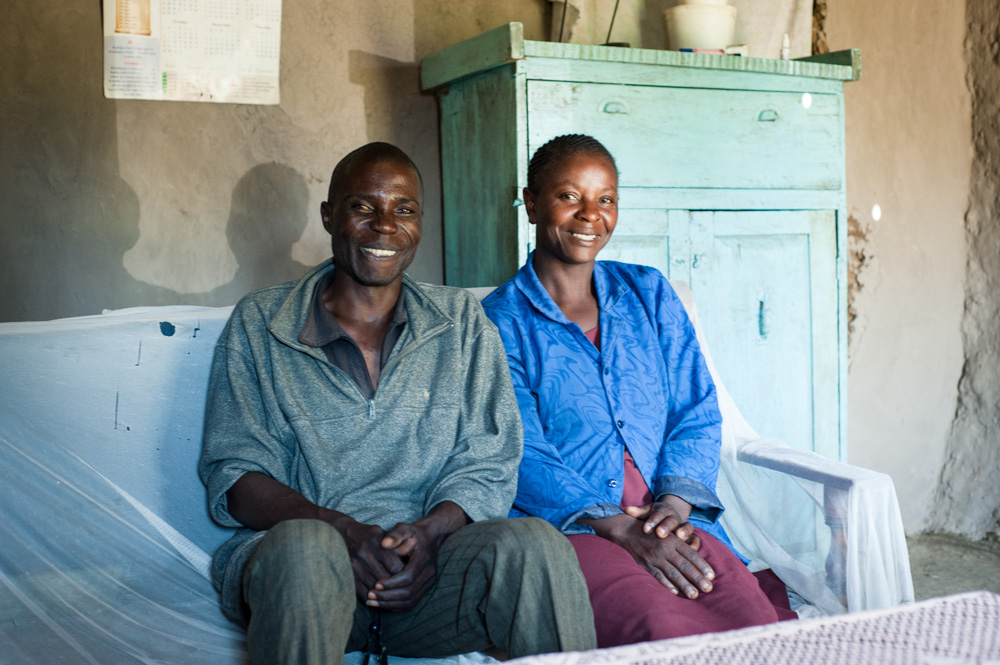 “I used to go to work, and sometimes I’d reach the construction site and be told there was no work that day. I’d feel as though I had wasted my time and I’d have no income to bring back to my family. So I switched to farming. This way, at the end of the day, I’ll always have done something to bring income to my family,” David Simiyu, age 31, says leaning back against the wooden couch in his living room in Milani, Kenya.

David and his 29-year-old wife, Zipporah Nafula, are struggling this year to provide enough food and additional income to support themselves and their four children.

Two years ago, David made a switch from working in construction to farming, and until last year, this had been a successful change.

“Farming is good, but farming does have its challenges,” David says. “Like last year, I planted my crops, and they failed to do well. We harvested almost nothing.” 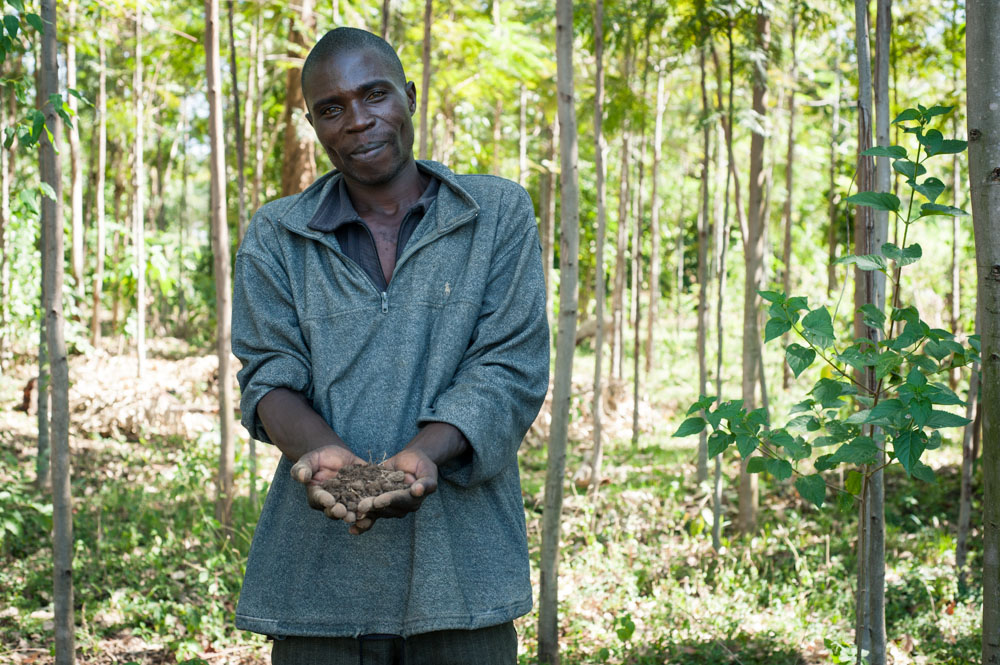 David holds the soil from his farm – behind are 110 greveillia trees the family have planted with help from One Acre Fund. Photo: Hailey Tucker

David and Zipporah attribute their poor harvest to heavy rains that drowned their half-acre of maize and millet soon after they had planted it.  They were only able to harvest 89kg of maize and 44kg of millet, a lot less than they expected. The previous year, they harvested 400kg of maize.

Despite their disappointing harvest in 2013, David and Zipporah say they have seen great success in their farming since 2010. That was the year they joined One Acre Fund, an agriculture organisation that supplies them with seed and fertiliser on credit, as well as farming and market access trainings.

“Our method before One Acre Fund was to use bulls to plant. We used to spread the seed and fertiliser all over the farm behind the bulls as they ploughed, but our harvests were very low,” David says.

“We’d use 50kg of fertiliser and another 50kg later in the season, and the most we would harvest on a half of an acre was 120kg of maize,” Zipporah adds.

When the couple enrolled in 2010, they were able to harvest more than 1000kg of maize on the same piece of land using a smaller quantity of fertiliser. 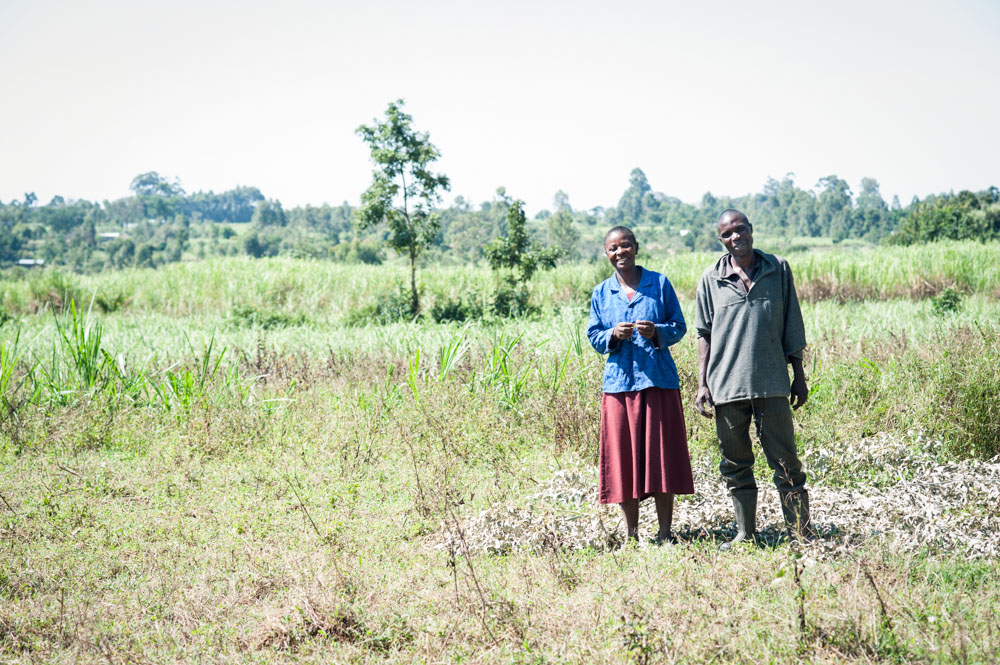 Zipporah and David in the field they will begin preparing for planting in the coming weeks. Photo: Hailey Tucker

Even though their 2013 harvest failed to produce enough food to last them for the year, they chose to sign up for another seed-and-fertiliser loan from One Acre Fund.

“We decided to re-enroll because we’re having a big burden with our children’s school fees. By enrolling, we will still have inputs and be able to plant. If we didn’t re-enroll, we’d have to find the money to buy fertiliser and seed now, and we wouldn’t be able to,” Zipporah says.

“We also re-enrolled because of all the benefits we’ve gotten over the years,” David says. “We were able to buy a cow for our farm, so we aren’t going to give up because of one year. To help this year, we’ve dug trenches and planted Napier grass [for flood defence] around our land.

Last year was a bad year, but hopefully this one will be good again like before.”

ONE is campaigning for African leaders to invest in the continent’s famers, food and futures. Hear more from farmers and take action on our DO AGRIC website.