In this series, we’re profiling real-life superheroes who are fighting to end preventable diseases. Each one has an alter-ego from our quiz, “Which Lifesaving Superhero Are You?” Take the quiz to find out which hero you are.

Meet Martha Clara Nakato, AKA Wonder Njeri! When faced with stigma and discrimination, she fights back to make sure everyone has the acceptance and care they need.

Martha Clara Nakato is an HIV/AIDS advocate and volunteer for Uganda Network of Young People Living with HIV. This organization enables young people living with HIV/AIDS to participate in and develop programs that improve livelihood for HIV positive people. As an advocate, Martha encourages young people with HIV to break down the stigma and fear surrounding the disease.

At 14 years old, Martha discovered she was born with HIV. She was the only one of her six siblings who contracted the disease from her mother, who died when she was 5 from AIDS-related complications. When she was diagnosed, she felt sure that she would also die. In her community, it was assumed that anyone living with HIV would not survive.

This was not the only harmful assumption in her community, and many people blamed and judged her for having HIV. Martha dropped from the top of her class to the bottom due to the fear she felt and the judgment she faced. 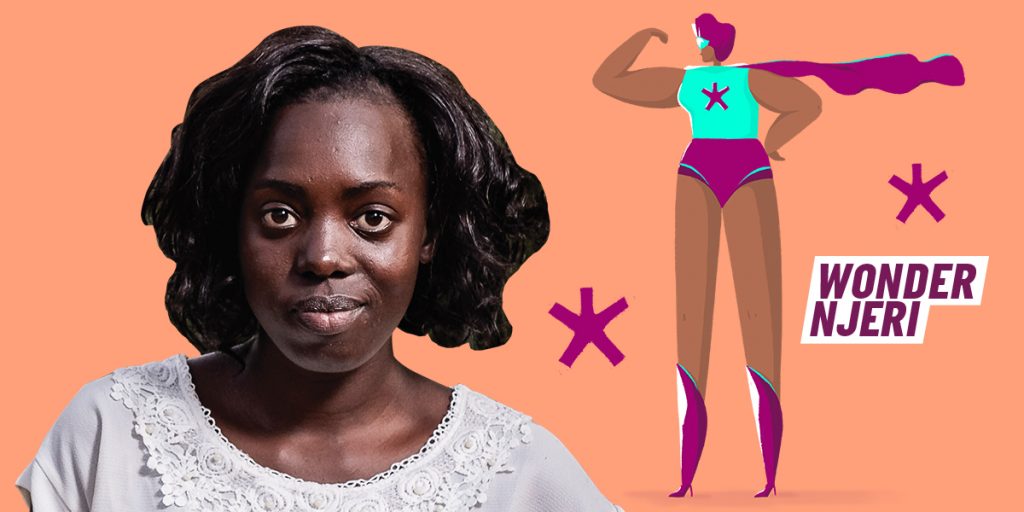 Martha is advocating to change these perceptions. She’s putting herself forward as an example of what HIV really looks like and standing up to the stigma.

Martha believes that her story, as well as others from those living with HIV, can change how people see the disease.

Through her work, Martha is changing the face of HIV. She wants others to understand that HIV does not have to be a death sentence, anyone can have it, and it is not the defining thing in a person’s life.

“I am beautiful. I am human. I am intelligent. But I am living with HIV and it does not define me … HIV is you, it’s me, it’s everyone. It does not discriminate.”

Are you super inspired by this hero? Click here to learn about four other awe-inspiring people who are fighting against preventable disease.