The fights against gender inequality and preventable diseases are often considered two separate fights. But these two issues are closely connected, affecting each other in crucial ways. The goals of achieving gender equality and universal access to health services rely on each other.

Dr. Joannie Marlene Bewa is a world-renowned doctor and activist from Benin. She is also a public health researcher at the University of South Florida College of Public Health, focused on adolescents and youth sexual and reproductive health, maternal health, family planning and HIV in Africa and the United States.

She cares for patients in her community, while also empowering women and girls by advocating for their health. For her, the fight for equality and health are one and the same.

Joannie is one of our three Yours in Power activists. In this series, these activists have written letters to their younger selves, unraveling their own journeys towards their advocacy while inspiring a new generation of activists along the way.

Joannie is working for better health on the individual, community, and global levels. Her work with health has already seen huge successes — but her work isn’t over until the combined fights for gender equality and health are won.

Dr. Joannie Marlene Bewa grew up in Cotonou, Benin. Unlike many young girls in her community, Joannie’s parents taught her about equality and encouraged her to fight for her full potential.

“I was raised by a mother who is a very strong woman, and a very supportive father. I was taught about a mix of perseverance and daring to achieve.” 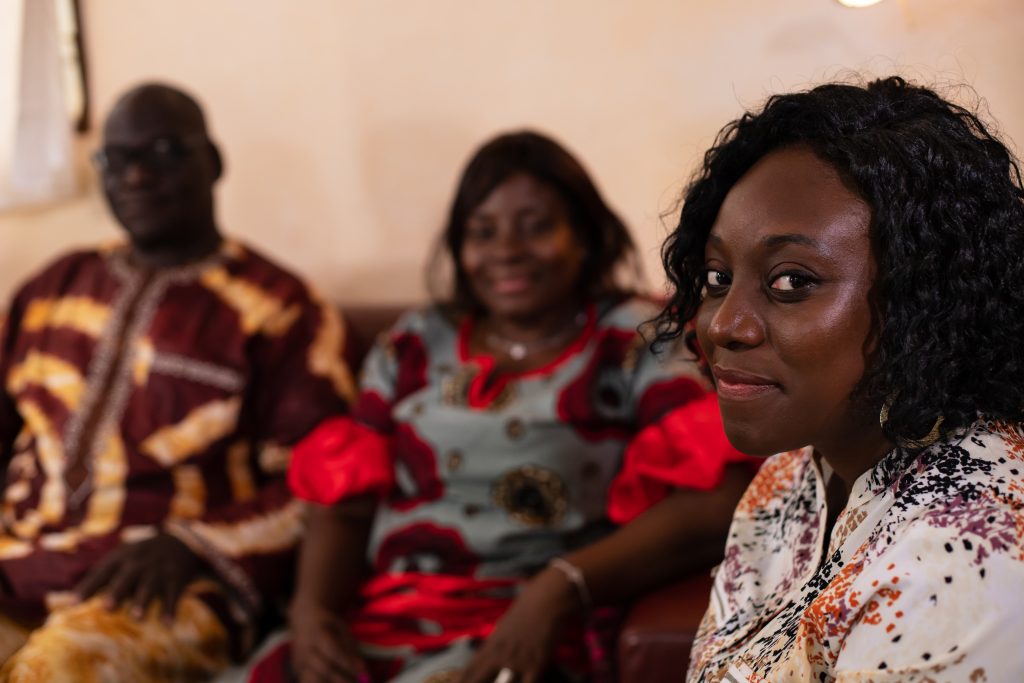 Joannie with her mother and father.

Joannie knew from a young age that she wanted to be a doctor. Her journey to becoming a doctor started with a health scare: At 9 years old, she suffered an asthma attack that was nearly fatal.

“I just remember waking up and being so grateful for the young doctor who knew what drugs to give me and who made sure that I did not die. I knew very early on that I wanted to become a physician and help people.”

Later as a teenager, Joannie’s best friend passed away from complications after an unsafe abortion. This loss strengthened her desire to become a doctor, inspiring her to focus on women’s reproductive health. 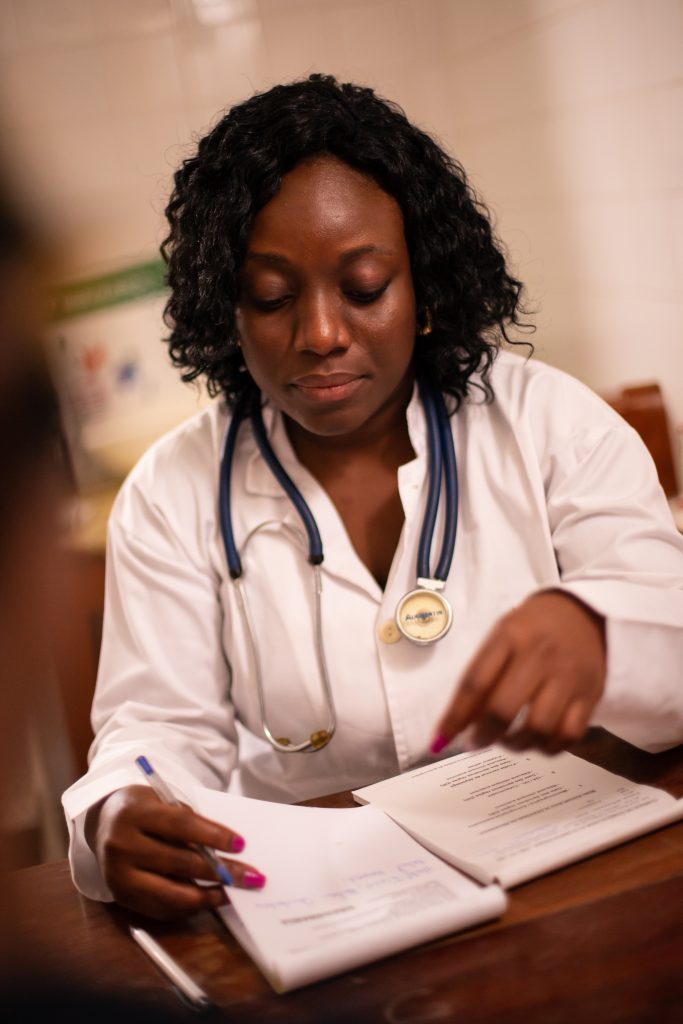 The doctor is in

Joannie became the first person in her family to earn a university degree. She fulfilled her dream of earning a doctorate in medicine from the Faculty of Health Sciences, Universite d’Abomey Calavi. Now 29, she also holds a masters in public health — and is also pursuing a second doctorate in public health at the University of South Florida.

Joannie is championing the fight for gender equality on many fronts. Through her various initiatives and platforms, she’s advocating to improve access to family planning and end adolescent unintended pregnancy, maternal mortality, child marriage, gender-based violence, female genital mutilation, HIV/AIDS. These issues each impact each other — and Joannie believes that we must tackle them all together.

In 2010, Joannie founded the Young Beninese Leaders Association (YBLA) to combat specific issues around gender equality and reproductive health. Through this organization, she has met with over 10,000 young people across Benin to educate and empower them in the fight for equality and health access. She’s confident that her generation will “build a better, more developed and inclusive Benin, and expand this impact to create a more equal and just world.”

But the fight to end HIV is far from over. In 2018, 770,000 people globally died from AIDS, with another 1.7 million people contracting HIV. Over two-thirds of these deaths and new infections occurred in sub-Saharan Africa.

Young women and adolescent girls are also at high risk of unintended pregnancy. Social norms, stigma and social taboos, lack of access to comprehensive sexual education, and lack of access to family planning methods are all major barriers to equality.

High risk of both HIV and unintended pregnancy are tied to limited autonomy and bargaining power in their relationships; particularly at risk are those forced to marry as children. But even financially secure girls and women armed with information about protection can face pressures from their partners to have unprotected sex.

“Gender equality is critical to reduce women’s vulnerability to preventable diseases and to address some social norms which limit their ability to choose and protect for themselves.”

From child marriage to limited access to education and economic opportunity, multiple factors — each rooted in gender inequality — create greater risk for women and girls. But Joannie believes that all of these problems are solvable, and she is working to empower communities to find those solutions. 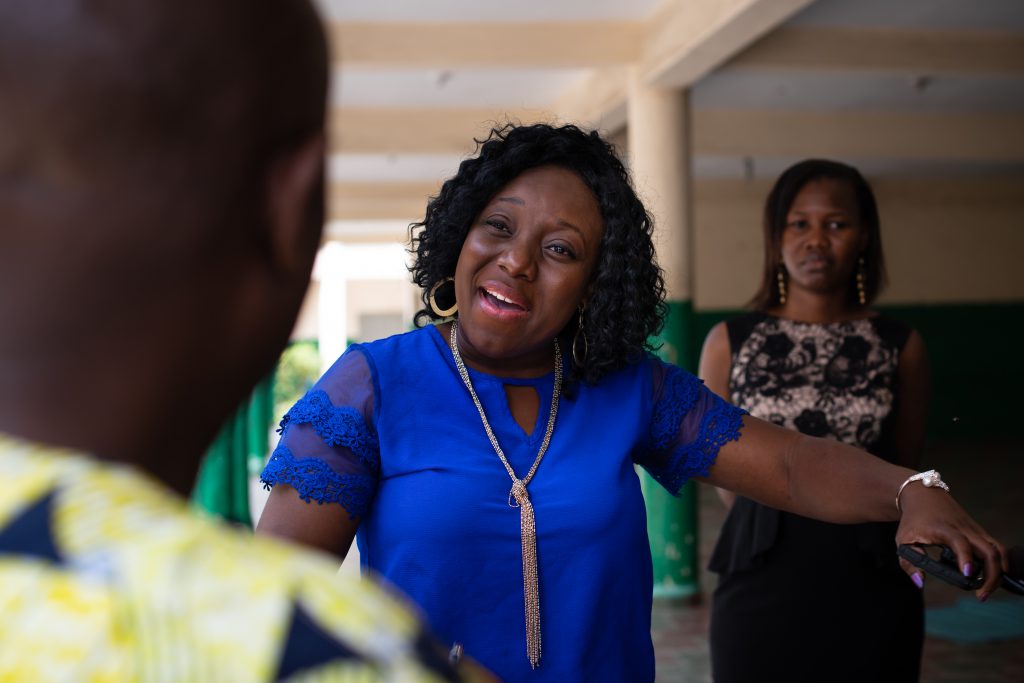 Joannie speaking in her community.

Child marriage has a massive impact on a young girl’s life on many fronts. This includes her ability to protect against HIV.

Unequal power dynamics in child marriages plays a factor, as well. Child brides are at an even greater risk of unintended pregnancy and HIV when they don’t have the power to refuse sex or negotiate safe sex. A higher likelihood of partner violence in these marriages also contributes to that risk. Both of these create greater risk of adolescent pregnancy among child brides.

Child marriage also often limits a girl’s ability to finish school. This prevents girls from receiving the empowerment that comes along with a full education. It also limits the knowledge that they have, including knowledge particular to HIV prevention and reproductive health.

GBV not only impacts the likelihood of women contracting HIV. It plays a significant role in the outcomes of HIV, including diagnosis and treatment. Violence negatively affects a woman’s ability to get tested for HIV and, if positive, seek treatment. This is partly due to the stigma around both HIV and GBV.

Joannie speaks on the issue of gender-based violence through her work at YBLA, understanding its impact on equality and health. In 2011, the association collected over 2000 signatures advocating for Benin to adopt an anti-gender based violence law in an attempt to address this issue.

“The young girl … wants an environment free of violence, where she can safely and freely pursue her education activities (and) have access to health services and basic social services.” 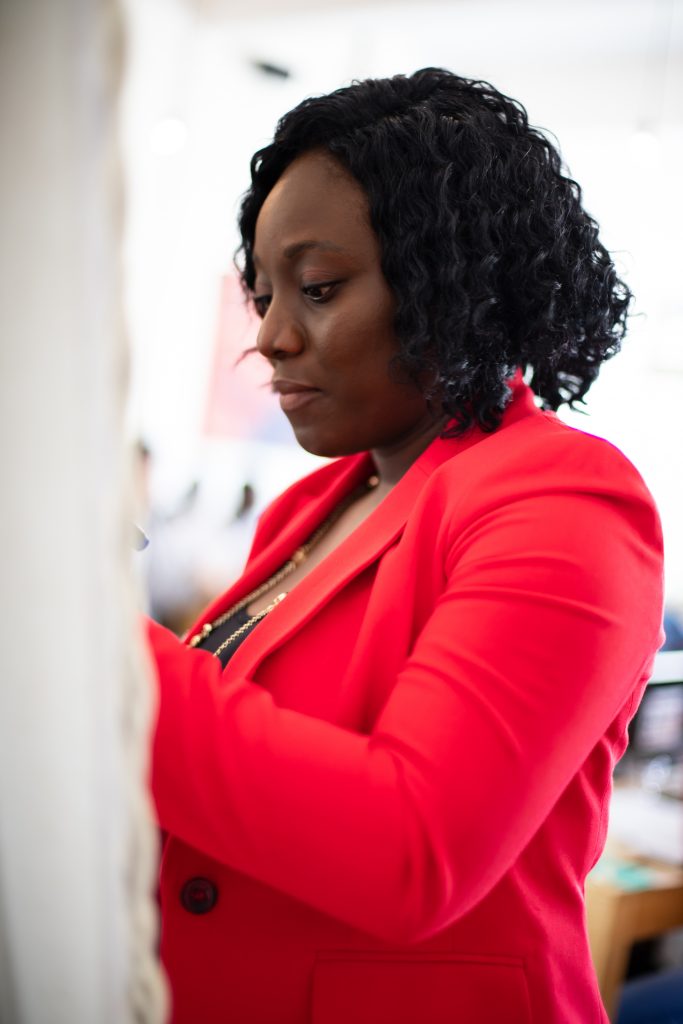 Joannie giving a presentation with YBLA.

When girls are unable to attend school, their opportunities are substantially limited and they face greater risk of contracting HIV. At the same time, those who attend school and complete an education tend to have a lower risk of contracting HIV. In Botswana, girls who received an additional year of schooling had a 17% prevalence of HIV 10 years later, compared to 25% of girls who did not receive that additional year.

Education specific to HIV plays a huge role, as well. About 30% of young women in sub-Saharan Africa are estimated to have basic knowledge about how to protect themselves from HIV, and only one in four have comprehensive knowledge on prevention. Without proper knowledge of HIV and safe sex practices, people cannot take the preventative steps needed.

“Social determinants of health play a critical role in empowering women to make informed decisions about their health,” says Joannie. “Educated, economically stable and empowered women have the voice to require protected sexual intercourse or freely choose the contraceptive methods she needs.”

Poverty leads to significant challenges for all people living with HIV. Lack of access to resources and health services can prevent individuals from receiving testing and treatment. But access isn’t the only factor — in situations where someone living in poverty can access resources, they must also have the autonomy to be able to control the use of those resources.

This is an especially difficult reality for girls and women, who are disproportionately affected by poverty. Over 180 countries globally have laws that limit the economic opportunities of women.

When women are prevented from achieving their full economic potential, it affects various aspects of life. One crucial aspect is the ability to protect against HIV and access reproductive health services. Women’s economic empowerment isn’t only about economic opportunity and gender equality, but also about health.

It’s clear that gender inequality greatly affects HIV rates and reproductive health outcomes. Gender inequality, and the many forms it takes, has immense implications for the opportunities women and girls have, including opportunities to control their health and well-being. To end HIV and improve reproductive health outcomes, there needs to be specific advocacy on the issues that affect women.

Joannie’s advocacy through YBLA targets many of these issues directly. The organization is empowering women and girls to take control of their health and spark larger change in their communities. Many of those who become involved with YBLA are fighting for gender equality in their own communities. Their work is creating a ripple of change throughout Benin.

Advocacy on the global stage

Joannie’s work isn’t only happening at the community level. When she isn’t busy earning her second doctorate, advocating in Benin, or conducting research, she’s fighting for equality on the global stage — and with impressive results. 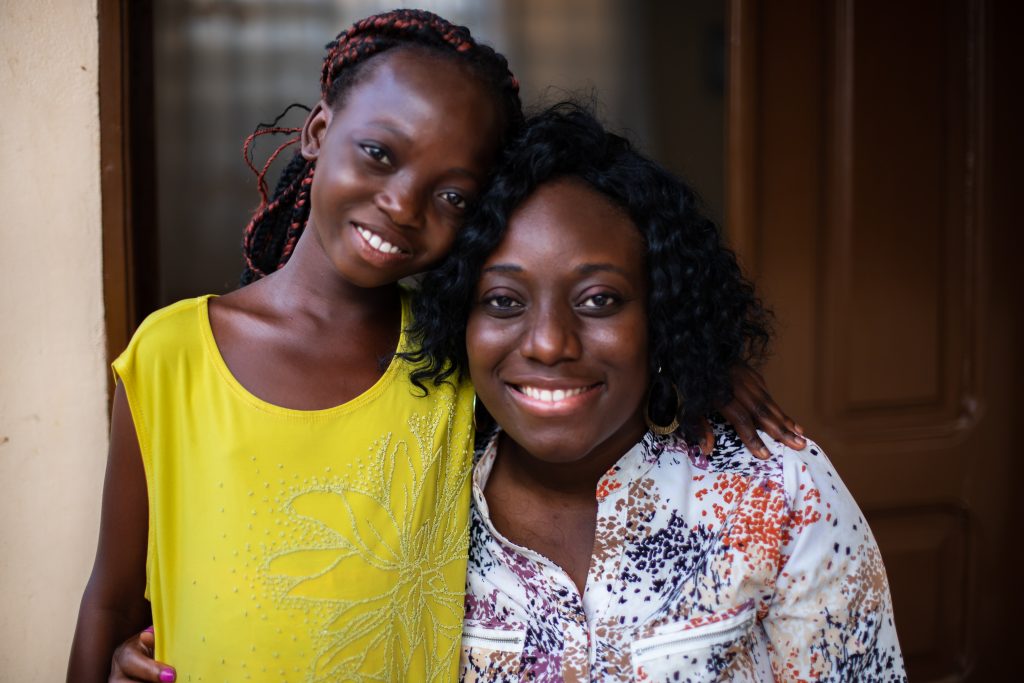 In addition to her work with YBLA, she’s a prominent activist on the world stage. The Benin government selected her in 2015 to attend the 48th Commission on Population and Development in New York to advocate for health and development.

In 2017, Canada’s Prime Minister Justin Trudeau and The Honourable Marie Claude Bibeau, the Minister of International Development, invited her to speak on a High-Level Panel for International Women’s Day. During this event, Prime Minister Trudeau invested US$650 million in women’s health and reproductive rights.

In 2018, she became a United Nations Young Leader for the Sustainable Development Goals (SDGs). She also contributed to creating the Adolescent and Youth Constituency of the Partnership for Maternal, Newborn and Child Health. Her work on the SDGs continues through her work as a Bill & Melinda Gates Foundation “Goalkeeper for the Goals.” She’s also a Board Member for the Merck for Mothers Advisory Board, which also focuses on maternal and child health.

Joannie’s story is the second in the Yours in Power series. Check out the first documentary, featuring Melene Rossouw. Stay tuned for the last documentary on Wadi-Ben Hirki, premiering on December 3rd.