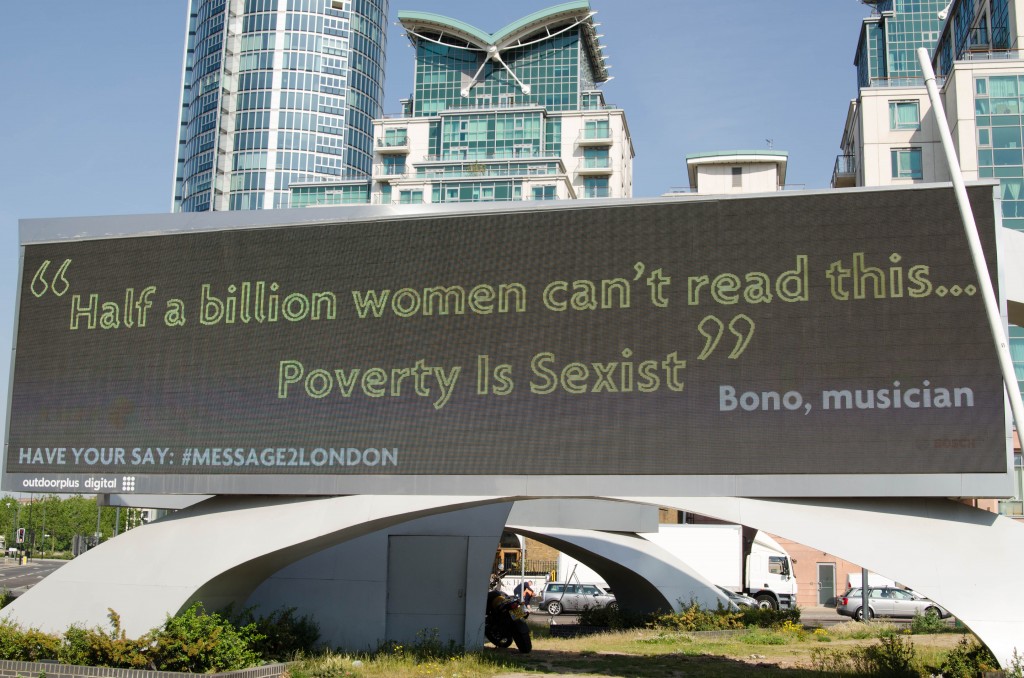 If you’re in London this week, you might spot one of 18 digital billboards that look like this. And hopefully it will make you stop and think.

Our co-founder Bono was invited to share his #message2london, along with Jamie Oliver, Tracey Emin, Richard E Grant and Paloma Faith, and he chose to speak out about our Poverty is Sexist campaign. More than 1 million people around the world have already signed our petition, and it’s been backed by influential women like Malala Yousafzai, Beyoncé and Angelique Kidjo.

So why choose this message? And what exactly does it mean?

Visit any city in the world and you’re bombarded with information and advertising, all competing for a few seconds of your attention. You’re already an expert at filtering most of this out, otherwise you’d never get anything done. But here’s why it’s important to let this message get through. 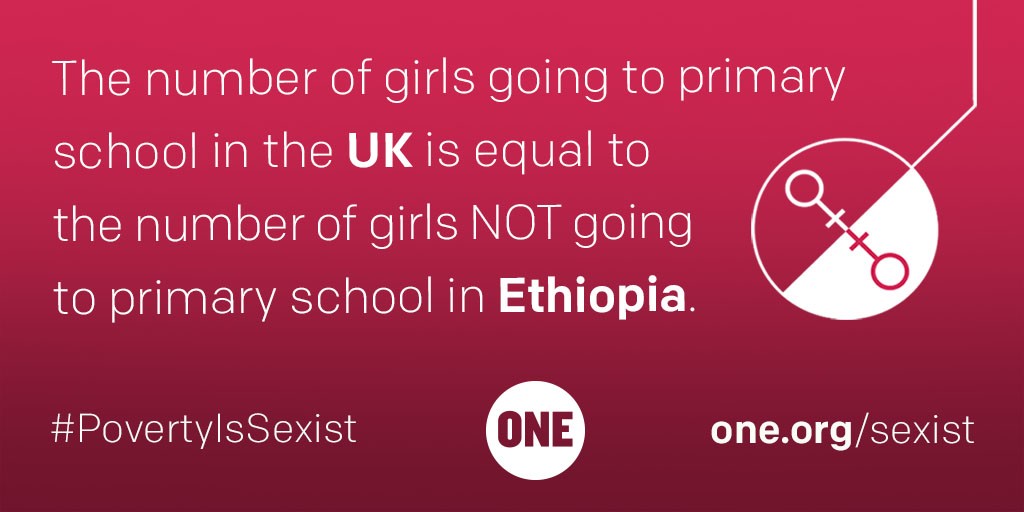 Half a billion women around the world are illiterate.  That’s shocking in itself, but dig deeper and you’ll find that women make up two thirds of the global total of adults who can’t read.

And right there – that’s why poverty is sexist.

No matter how you cut it – economically, socially, legally – girls and women in the poorest countries get a raw deal. Trying to get an education is often the first way a girl realises her life is going to be different to her brother’s. Followed by early marriage, female genital mutilation, a high risk of dying in childbirth, unpaid or insecure labour, denial of rights to own land, less access to technology and credit.

It’s a relentless battle against inequality for millions of women every day, but the fight is already on. All over the world, girls and women are achieving extraordinary things, despite the barriers they face.

Like Eva from Tanzania who’s 15 and determined to finish secondary school and become a policewoman, although it’s a real struggle for her family to pay for her education.  Or Dieynaba from Senegal, who uses graffiti to share her ideas about women’s empowerment in the male-dominated world of street art. 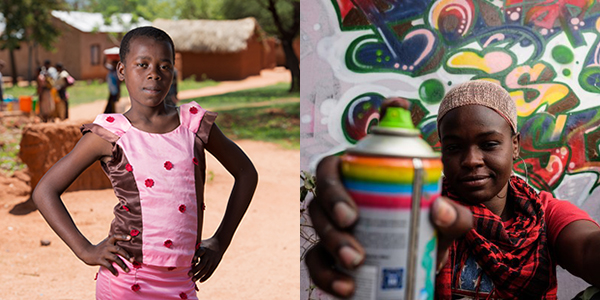 Our Poverty is Sexist campaign is about amplifying their voices, and turning their personal victories into global ones. Hundreds of thousands of people across Africa and the rest of the world are calling on world leaders to deliver real action that leads to real change for girls and women in the poorest countries. And they’re starting to listen.

The UK in particular is a world leader when it comes to global development, and they are starting to prioritise the issues that affect girls and women too. That’s because it’s not only the right thing to do, it’s the smart thing to do. When women rise out of poverty, they take their families, communities and even entire countries with them.

So if Bono’s message cut through the noise and made you think – stand with girls and women everywhere and add your voice to this global movement for change.