Wadi Ben-Hirki is a youth activist and philanthropist in Nigeria focused on helping marginalized communities, particularly women and youths, access education and opportunities they are often denied.

Wadi is the final of three activists featured in our Yours in Power series. All three have written letters to their younger selves filled with advice, encouragement, and wisdom. Their documentaries and work also serves as inspiration for the next generation of gender equality activists.

Growing up in Northern Nigeria, Wadi witnessed many of the issues that can limit children’s futures. Now through the Wadi Ben-Hirki (WBH) Foundation, she’s combatting issues like access to education, child marriage, and extreme poverty to give all children an equal chance at thriving and reaching their potential.

From youth to youth activist

From an early age, Wadi knew that the world around her saw her as lesser because of her gender. She recalls hearing things as a young girl like “women should be seen, not heard” and women being referred to as “second class citizens.”

She also knew at a young age that these issues did not affect her alone, and this wasn’t the only problem she was seeing. The effects of child poverty, lack of education, child marriage, and other youth-centered issues were all around her. 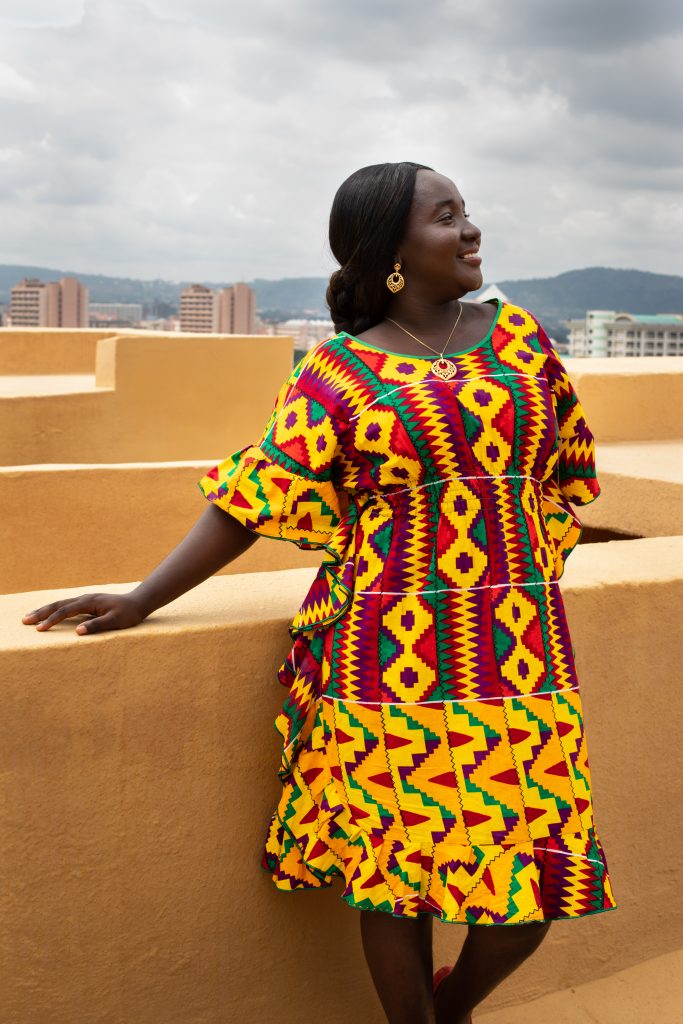 Wadi standing in the heart of Abuja.

As a youth herself, she decided to take action. At just 18 years old, she founded the Wadi Ben-Hirki Foundation. WBH aims to help marginalized communities, particularly youths and women, access the opportunities otherwise denied to them.

Wadi’s work continues as a ONE Champion for Nigeria. As part of the program, she advocates for youth education, notably through the #GirlsCount campaign in 2016. She’s also advocated on global stages, including as a special guest at the 2018 Y20 Summit.

“You don’t have to be in a position of power to be a change agent,” Wadi says.

In 2018, she was selected to serve on the African Leadership Institute Youth Advisory Board. This program aims to empower young leaders and connect them to create a larger impact in critical youth issues across Africa.

Wadi hails from Northeastern Nigeria, which was significantly affected by the Boko Haram insurgency. This led to the displacement of many people – including some of her relatives. She and the WBH Foundation are running the campaign #LITMOW (Love in the Midst of War), which helps survivors of the insurgency, particularly children.

Inequality impacts people of all ages, but the effects on youth are especially critical. The experiences and access a child has greatly affects their lives as adults. When children are given equal opportunities to learn and grow, they have an equal chance at reaching their full potential.

“Let’s join hands to ensure that children are not denied of their basic rights. Let’s make the sacrifices today; that will ensure the greatness of our tomorrow.”

Child poverty, child marriage, and access to education are just some of the issues creating inequality in youth. These issues are often interconnected, and come from the same root of poverty. In fact, children from the poorest countries are nine times less likely to be in school than children in the richest countries. This is especially true for girls, who often face larger barriers in achieving an education.

On the flip side, tackling any of these issues helps break the cycle altogether. A quality education is the best antidote to poverty and instability.

Wadi recognizes this pattern: “Let’s join hands to ensure that children are not denied of their basic rights. Let’s make the sacrifices today; that will ensure the greatness of our tomorrow.” 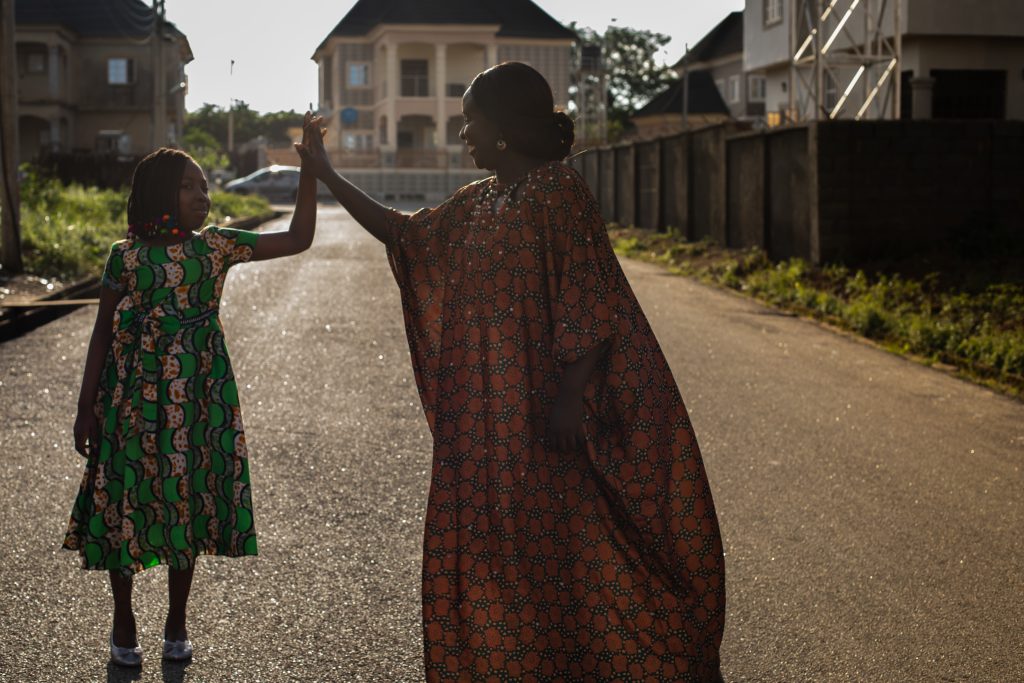 Wadi with the young girl who plays her younger self.

The WBH Foundation’s various campaigns tackle different aspects of these intertwined issues, reaching youths where they most urgently need help.

80 million of these youths are in Africa. While many African countries are expected to reduce this number over the next decade, Wadi’s home of Nigeria is expected to still have at least half a million youths in poverty.

“A nation that places emphasis on children being the future leaders must do more to give these children the right tools to lead the country.”

Rates of poverty are higher among women and girls, as well. For every 100 boys living in poverty, there are 105 girls. This gender gap widens in adulthood. Of people ages 25-34, there are 122 women in poverty for every 100 men in poverty. This widening gap can be partially attributed to gender inequalities, for example young women who marry and have children, and therefore stop working. 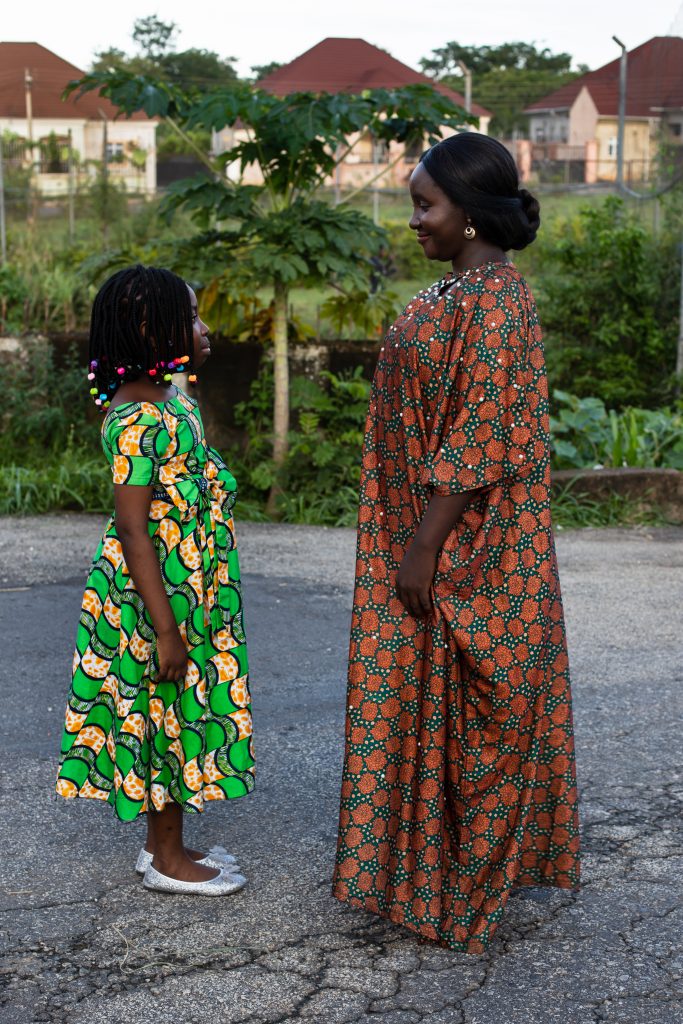 Wadi stands with the young girl who plays her in the documentary.

“No child should be faced with the realities of poverty, or any of the issues that stem from it,” Wadi says. She also sees that the children of today will become tomorrow’s leaders, and they must be prepared to take on that responsibility.

“A nation that places emphasis on children being the future leaders must do more to give these children the right tools to lead the country.”

The #EveryChildIsYourChild campaign teaches people how to treat children equally and advocate for their rights, especially those facing inequalities like poverty. This campaign is based on the belief that all children should be cared for and treated equally.

The world saw major progress in the number of kids in school from 2000 to 2010. But despite this, progress has slowed in the past decade. There are still over 250 million youths out of school worldwide, and continued progress is unlikely unless immediate action is taken.

The circumstances worsen for girls and for children living in poverty. In Nigeria, 98% of boys from wealthier households finish their primary education. This compares to only 31% of girls who experience poverty in Nigeria. Though the challenges vary greatly depending on context, poverty is one of the biggest obstacles preventing children from receiving an education.

If all adults achieved a secondary education, 420 million people could be lifted out of poverty. That’s more than half of all people currently living in poverty

Achieving access to education for all would have massive benefits across the world in combating extreme poverty. If all adults achieved a secondary education, 420 million people could be lifted out of poverty. That’s more than half of all people currently living in poverty.

Gender equality would be closer within reach, as well. If all girls in sub-Saharan Africa, South Asia, and West Asia received a primary education, there would be 14% fewer child marriages. The news would get even better if all girls in those regions received a secondary education, which would result in 64% fewer child marriages. Access to education would also greatly reduce maternal death rates and rates of pregnancy before the age of 18.

Getting kids in school isn’t the whole solution for improving education. A majority of the 87% of children in sub-Saharan Africa who don’t have basic literacy skills are actually currently in school; they’re just not learning. To achieve the benefits of education, it’s crucial that children are not just in school, but learning the skills they need. 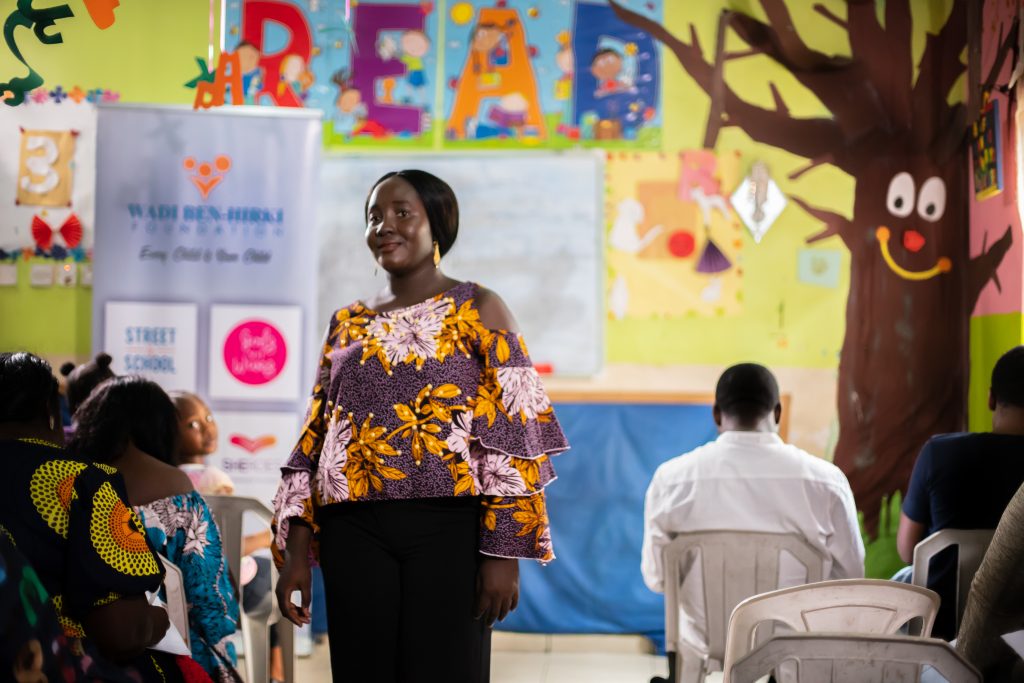 Wadi teaching students about different opportunities during a workshop.

The WBH Foundation’s #Street2School campaign provides emergency education to children. It’s aimed at getting homeless children, many of whom have lost one or both parents, into school.

The program provides them with basic learning materials and helps them develop various skills, so that they can become independent and combat poverty. #Street2School is also dedicated to making sure the kids in the program receive a quality education, taking them to schools with well-trained teachers to ensure they are learning.

Child marriage continues to affect millions of women and girls worldwide, and with great consequenses. Today, 750 million women and girls were married before the age of 18, and 12 million more girls are added to that number each year.

Girls who don’t receive an education are three times more likely to marry before the age of 18.

Child marriage and lack of education inform each other. Girls who become child brides often drop out of school without completing their education. At the same time, girls who don’t receive an education are three times more likely to marry before the age of 18, compared to girls with a secondary education or higher. 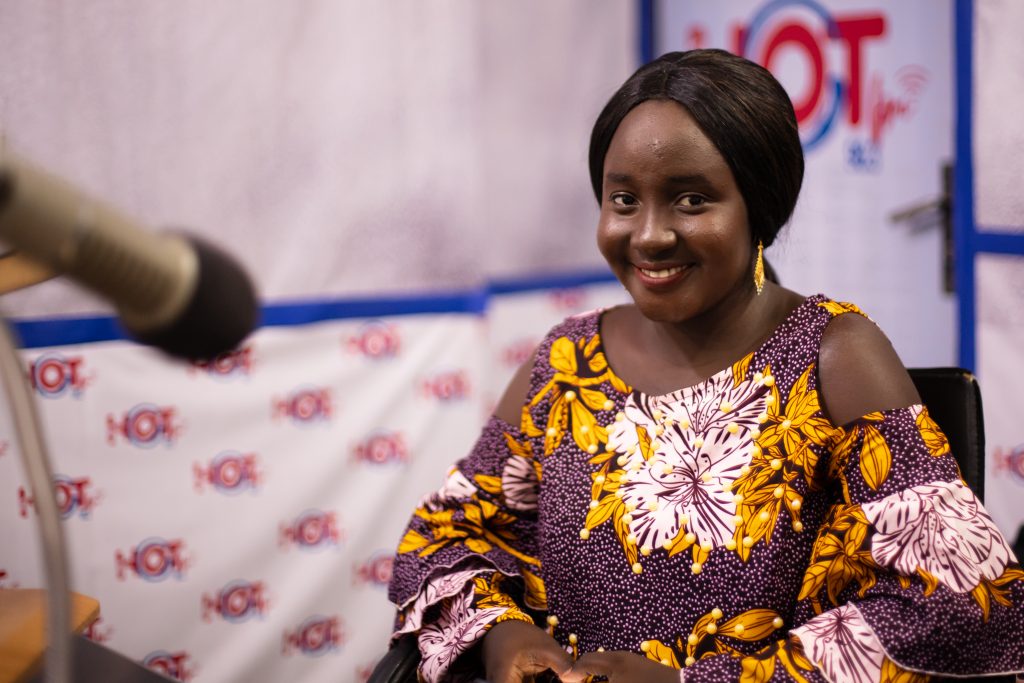 Wadi speaking about gender equality on a local radio show.

Poverty also increases rates of child marriage. Families experiencing poverty are more likely to have daughters enter into child marriage, as it can reduce their expenses or lead to additional income.

In addition to these issues, child marriage is a human rights violation according to the Universal Declaration of Human Rights. Child marriage can also lead to worse health, including a higher likelihood of contracting HIV, and it puts girls at greater risk of violence.

For all these reasons, Wadi believes we must tackle child marriage to ensure gender equality and protect the rights of girls everywhere. The WBH Foundation started the #GirlsNotWives initiative to reduce child marriages and promote equality.

This initiative provides workshops, seminars and essential skills to girls aimed at preventing child marriage and increasing their ability to be financially independent. It also gives girls access to a quality education, reducing their likelihood of becoming child brides. The #GirlsNotWives campaign also strongly advocates to stop female genital mutilation.

Wadi and her foundation are tackling the issues facing youth at every angle. This work not only helps the youth in her community, but helps to ensure a better future for everyone. When young people have what they need to thrive, the possibilities for tomorrow become bigger, bolder, and ultimately beneficial to the whole global community.

Do you need to get caught up on Yours in Power? Watch Melene Rossouw and Dr. Joannie Marlene Bewa’s documentaries now!