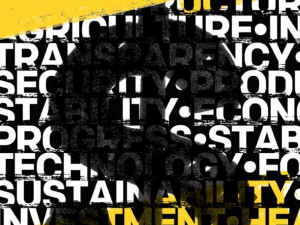 CANBERRA, AUSTRALIA (September 3, 2014)— At least a trillion dollars a year is siphoned out of developing countries through corrupt activity involving shady deals for natural resources, the use of phantom firms, money laundering and illegal tax evasion, according to new research by The ONE Campaign. These are precious resources to fight poverty in countries that can least afford to lose them.

Launched ahead of November’s G20 summit, ONE’s latest report, The Trillion Dollar Scandal, estimates that as many as 3.6 million deaths could be prevented each year in the world’s poorest countries if concrete action is taken to end the secrecy that allows corruption and criminality to thrive.

In developing countries, corruption is a killer. Up to 3.6 million lives could be saved if we end the web of secrecy that helps the criminal and corrupt.  When governments are deprived of their own resources to invest in the essentials – like nurses and teachers – the human cost is devastating.

The trillion dollars that is being lost is not development aid. It is money generated by business activity that is illegally siphoned out of developing countries. ONE’s new analysis also shows that if only a fraction of this money was recovered and used to fight poverty,  in sub-Saharan Africa alone the recovered money could be used to:

According to the report, if specific policies are put in place to increase transparency and combat corruption in four key areas—natural resource deals, the use of phantom firms, tax evasion and money laundering—massive financial losses from developing countries could be significantly reduced.

For too long, G20 countries have turned a blind eye to massive financial outflows from developing countries which are channeled through offshore bank accounts and secret companies. Introducing smart policies could help end this trillion dollar scandal and reap massive benefits for our people at virtually no cost. The G20 should make those changes now.

Managed effectively, natural resources such as oil, gas, and minerals can be a source of significant wealth and economic growth for developing countries. Yet corruption fueled by secrecy often undermines these potential gains. 20 countries in sub-Saharan Africa are rich in natural resources, but a lack of transparency means it is difficult for citizens to know if they are getting a fair deal and if their resources are being well managed. In far too many instances, they are not.

Shine a Light on Phantom Firms: Make information public about who owns companies and trusts, to prevent anonymous shell companies and similar legal structures from being used to launder money and to conceal the identity of corrupt and criminal individuals and businesses;

Publish What You Pay: Introduce robust payment disclosure laws to increase transparency in the oil, gas and mining sectors  to prevent natural resources in poor countries from being stolen from the people living above them;

Crack down on tax evasion: Institute automatic exchange of tax information so that developing countries have the information they need to collect taxes they are due; and

Open Data: Publish government data so that citizens can follow the money from resources to results and hold their governments to account for the delivery of essential services.

ABOUT ONE: ONE is a campaigning and advocacy organization of nearly 6 million people taking action to end extreme poverty and preventable disease, particularly in Africa. Strictly non-partisan, we raise public awareness and press political leaders to combat AIDS and preventable diseases, increase investments in agriculture and nutrition, and demand greater transparency in poverty-fighting programs. To learn more, go to ONE.org.

Full methodologies for calculating the trillion dollar figure and the mortality impact of illicit flows are included in the report.

John Githongo is CEO of Inuka Kenya Trust fka Zinduko Trust and a prominent anti-corruption campaigner. He is a member of ONE’s Africa Policy Advisory Board.