Last week, G20 Finance Ministers and Central Bank Governors decided to extend the debt service suspension initiative (DSSI) until the end of June 2021, accepting that more must be done to help the world’s most vulnerable countries. They also agreed to a new initiative that would go further on debt relief – including by bringing private-sector creditors into the fold.

The World Bank also announced that it will consider providing more emergency COVID-19 relief, although, unfortunately, it would not suspend debt service payments for the world’s poorest countries.

We wanted to bring attention to the impossible choice that some countries are facing – to use their limited resources to fight the pandemic or pay off debts in order to protect their economy in the long-term. Why have some countries ripped up the rulebook for their own countries, but are not willing to do so for others?

Here’s a look at some of the highlights of the campaign:

Board in the house…

The issue of debt suspension is vitally important, but it can be a complicated and technical one. So, we decided to use Monopoly, to help explain the issue in an easier way. This even helped some people at ONE to understand our debt campaign!

We also produced a graphic series looking at the different double standards at play and why pressing pause on debt repayments is one of the best and quickest tools to free up money and resources.

Our Global Activists are at the heart of everything that we do, so we reached out to some of them and asked how the pandemic has affected them and why the issue of debt suspension was so important. 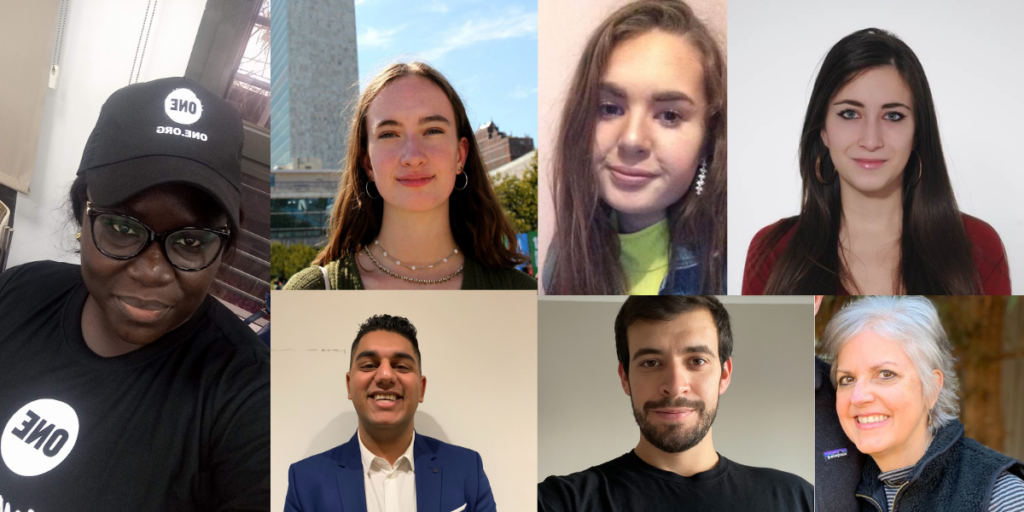 In pre-COVID-19 times, our teams and Global Activists are usually out in force, holding events, putting up posters, meeting decision-makers. While we weren’t able to do as much as usual, we still managed to organize some IRL events, mixed in with virtual ones. Our team in Germany, alongside Oxfam and erlassjahr.de, held a socially-distanced petition hand-in to Wolfgang Schmidt, State Secretary in the Ministry of Finance. And our ambassador Jan Josef Liefers, also lent a hand on Twitter.

In France, our team held a massive banner in front of the iconic Eiffel Tower addressing the World bank: ‘You have the power to save lives!’. And Najat Vallaud-Belkacem, ONE France Director, sent a letter to call on the World Bank, private and multilateral creditors, to suspend the debt repayment of the most vulnerable countries until the end of 2021.

In the UK, Global Activists met representatives to deliver a joint petition – one that over 860,000 have signed!

📢Today, campaigners from across the UK met officials from @hmtreasury to deliver and discuss our joint petitions of over 860,000 people (including 100,000 UK citizens) calling for @RishiSunak, the #G20, @WorldBank and #IMF to #DropDebtSaveLives. pic.twitter.com/rkIuy6ilxm

Our activists were all busy tweeting and putting pressure on their countries’ finance ministers, including directly tweeting at the World Bank and its President, David Malpass to remind him of his past encouraging statements and agree to suspend debt repayments immediately.

Great to talk with my constituent @joshuahinh from the @ONECampaign @ONEintheUK on debt relief for developing countries. So important at this time not to forget the world’s poorest. Good progress this week from @RishiSunak at G20 Finance Ministers meeting https://t.co/BP9ZHLynaO pic.twitter.com/eeW04gs4Hf

If the @WorldBank is saying that not enough progress is being made, then why is it still collecting debt repayments from some of the world’s poorest countries? @DavidMalpassWBG surely now is the time to suspend debt repayments? #COVID19 #ONEWORLD https://t.co/WX50clOPA6

The G20’s commitment to suspending debt repayments until June 2021 will allow some of the world’s most vulnerable countries to continue fighting against the pandemic. Unfortunately, the World Bank didn’t agree to our demands, and whilst it continues to give loans, by refusing to play one of its most powerful cards, it’s putting the world’s poorest countries under unnecessary financial strain.

The commitment made by the G20 shows what’s possible when campaigners come together — but this is just the start, we need to keep up the pressure and convince them, the World Bank, and private creditors to drop debt repayments until the end 2021.

Thank you for all of your help in getting this far, over 70,000 ONE supporters have signed our petition. Your support is so important, watch this space for the next stage of our campaign!

Sign our petition to ask world leaders to immediately suspend debt repayments through at least 2021.