Here are three facts that tell a troubling story:

The benefits of educating girls and women are far-reaching. We know that poverty hits women harder than men, and that preventing girls and women from reaching their full potential holds everybody back. (Conversely, when you lift up women and girls, you raise men and boys up, too!) The fight against extreme poverty is tied to the fight for gender equality, and that’s especially evident in education. 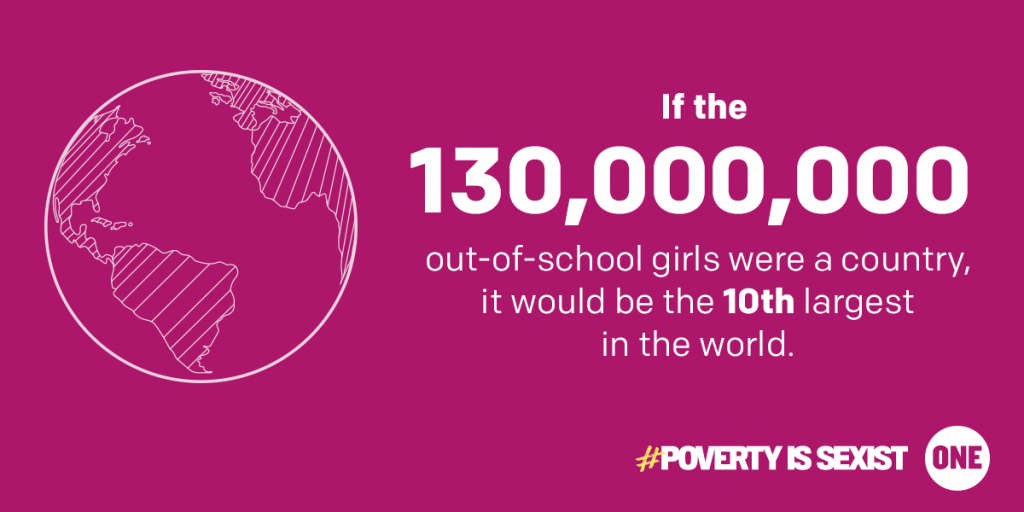 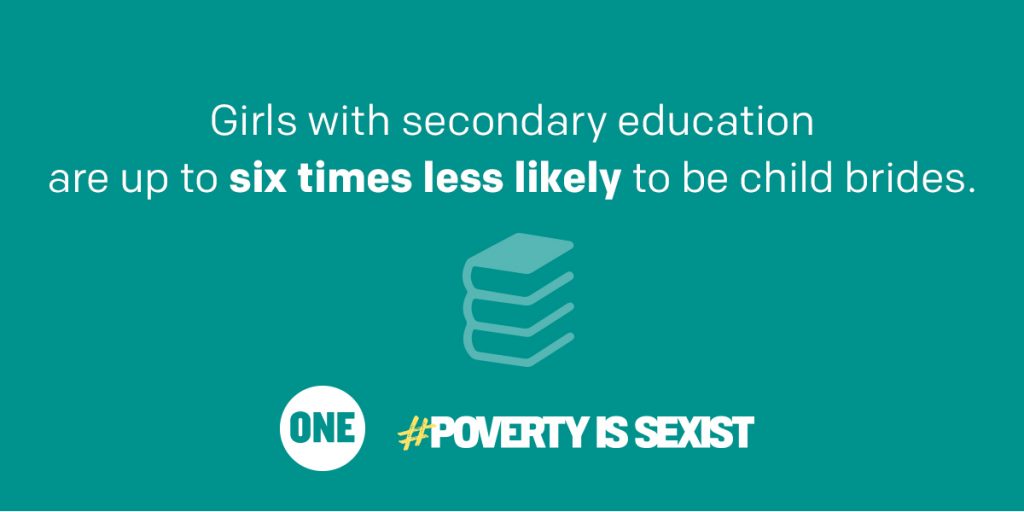 So what’s the problem? Why aren’t more girls being educated? Well, the direct costs of education can be expensive, especially in areas where many people live on less than $1.90 a day. And because of the costs, in many contexts, if a choice must be made between sending a boy or girl to school, the boy will be the one getting an education. There are also cultural norms and values to consider, including the lack of value for girls’ education. Concerns about violence and poor infrastructure are also factors keeping girls out of school, as well as conflict and emergency situations —in which girls are almost two-and-a-half times more likely to be out of school. 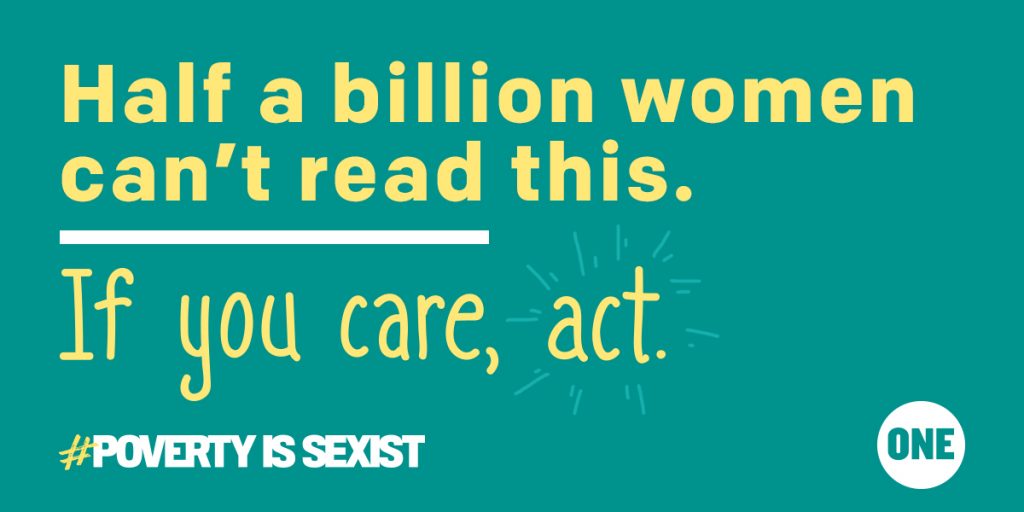 We have to act now. That’s why ONE is organising people across the country and around the world to make sure that girls and women are at the heart of our poverty-fighting strategy by promoting their access to education. Join us and call on world leaders to help decrease the number of girls out of school. It’s an ambitious goal, but it’s one the world needs to try to reach!