By 2030, half of Nigeria’s population will be under 25 years old. The future will be in their hands, and they’re already working to make it better!

The Nigerian Government is now in no doubt about the kind of future young Nigerians want. Last month, ONE members presented a Youth Declaration with over 67,000 signatures to Vice President Professor Yemi Osinbajo, demanding that leaders invest in Nigeria’s youth.

The Declaration outlines what matters most to them, with unemployment at the top of the list. This isn’t surprising, since around a third of 15 to 35-year-olds can’t get work or can only find low-skilled jobs. Ending corruption, improving healthcare, access to education, and investment in agriculture are also high on the list.

“Our ask is that you fulfill your promises to young Nigerians, especially on job creation because we are losing out on so many outstanding Nigerians who are emigrating. I’ll be passing out of the National Youth Service Corps (NYSC) in a few weeks and my question is, ‘what next?’ Sadly, that’s the reality of millions of young Nigerians,” said ONE supporter Wadi Ben-Hirki to the Vice President.

They voted for their future

The Youth Declaration was part of the #VoteYourFuture campaign. Ahead of Nigerian elections in February 2019, young people were empowered to create the future they want to see by getting to know the issues and making their votes count. 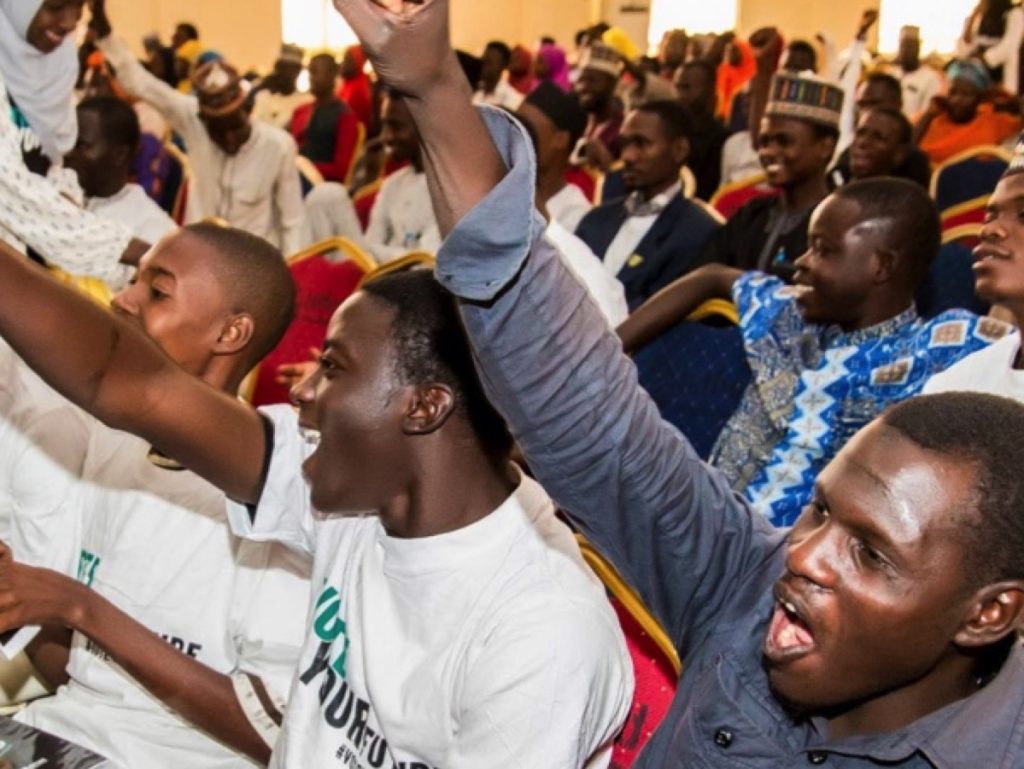 #VoteYourFuture went on the road across Nigeria in February 2019. Tens of thousands of young people made their voices heard.

Tens of thousands of young people showed up at events and rallies. Determined ONE Champions, volunteers and a host of influential speakers took #VoteYourFuture on the road, leading panel discussions and debating policies across Nigeria.

While some took #VoteYourFuture on the road, others went online. ONE partnered with TRACE, a Nigerian TV Channel, and Enough is Enough to produce a series of interviews with five of the Presidential Candidates who signed the Youth Declaration. 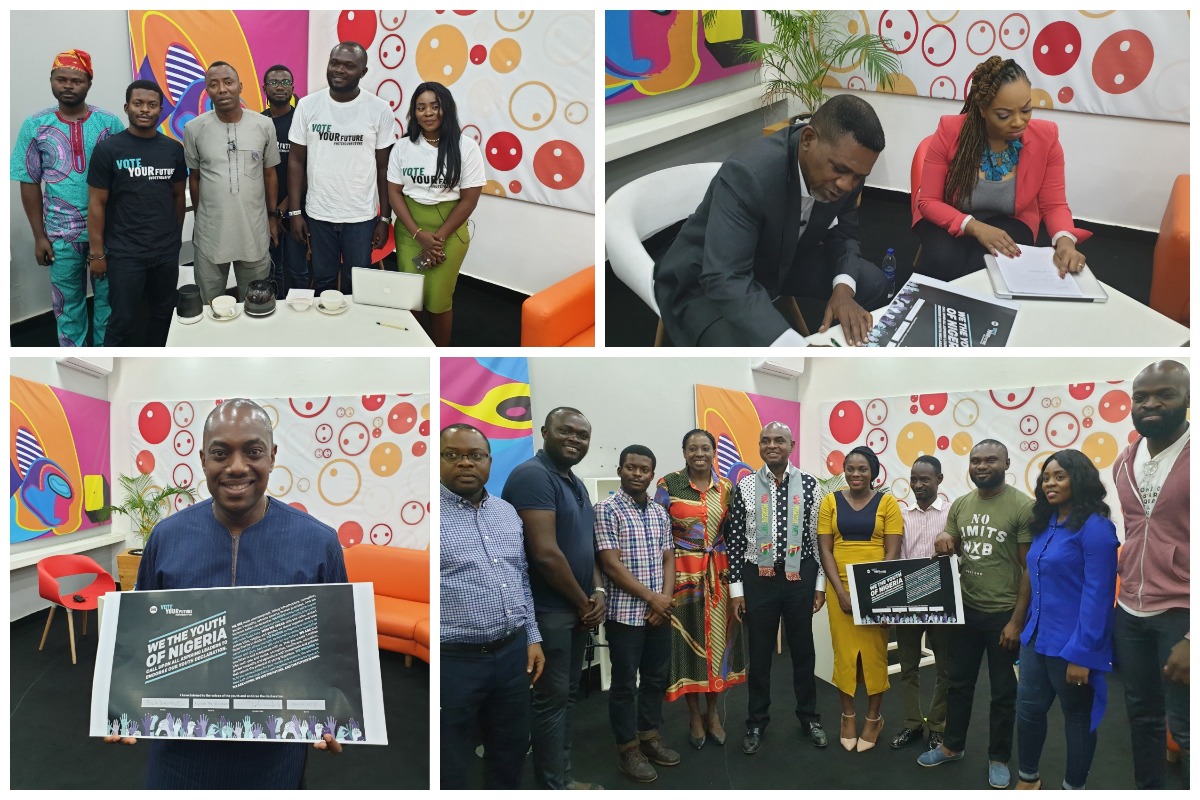 ONE Champions and Members engaged with Presidential Candidates.

Vice President Professor Yemi Osinbajo, who received the Youth Declaration on behalf of the Government of Nigeria, promised to create more opportunities for young people in the next four years. He also encouraged youth to promote national unity irrespective of political, ethnic, or religious divides. Perhaps most importantly, he asked them to keep holding their leaders accountable! 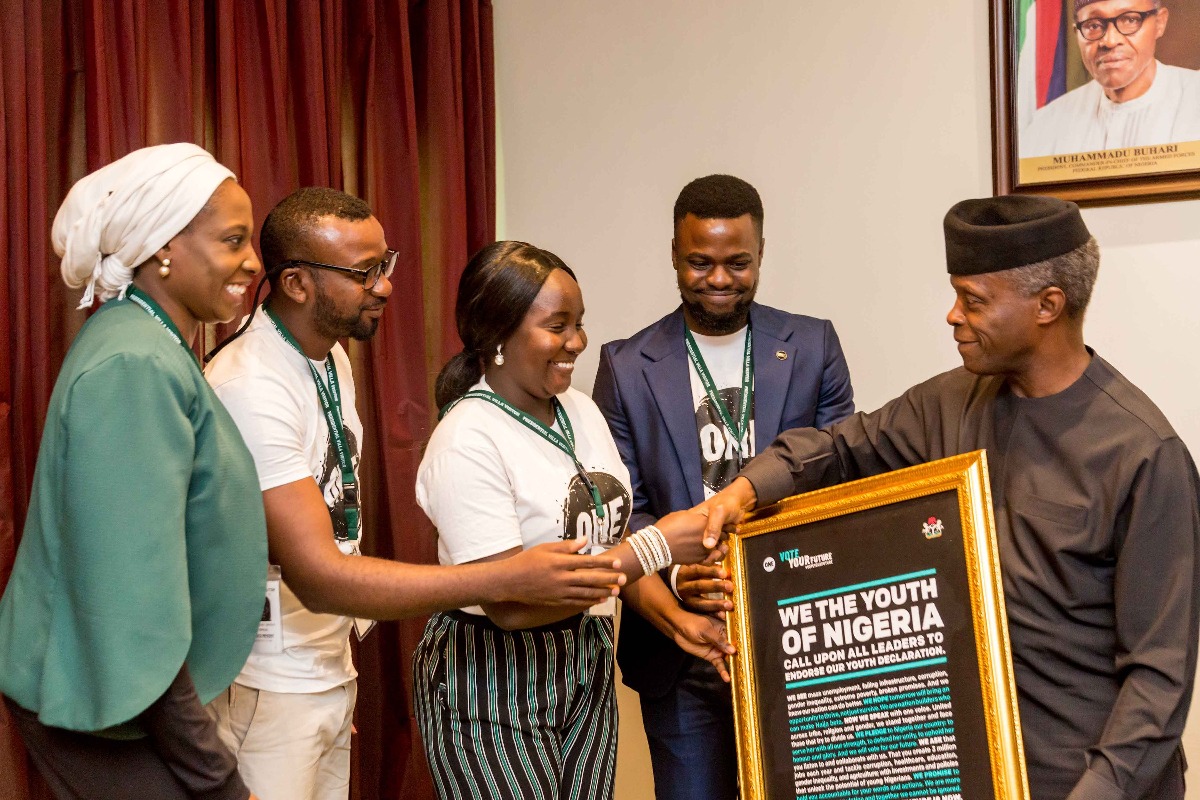 #VoteYourFuture sent a strong message that Nigeria’s youth are fed up with empty promises and are ready for bold changes. Now, they are determined to work with leaders to build a nation where everyone leads a life of dignity and opportunity.