Mandela Day is celebrated around the world each year to mark the anniversary of Nelson Mandela’s birthday on July 18. We’ve talked about the many, many, MANY ways he’s inspired us here at ONE, so we thought we’d take this year to learn more about the man himself! Here are a few things you may not have known about Nelson Mandela:

1. His birth name was Rolihlahla Mandela. His primary school teacher gave him the name Nelson.

2. He liked boxing! Unsurprisingly it was not the violence of the sport that appealed to him, but the fact that “Boxing is egalitarian. In the ring, rank, age, colour and wealth are irrelevant…”

3. A self-admitted poor student, he left both the University of the Witwatersrand AND the University of London without completing a degree. (Mandela eventually got an law degree from the University of South Africa in 1989, during the last months of his imprisonment. He also had honorary degrees from more than 50 universities around the world!)

4. He passed secret messages in prison. By leaving notes in empty matchboxes and under stacks of dirty dishes, Mandela managed to organise a hunger strike in order to improve the living conditions on Robben Island.

6. One of his sons passed away due to AIDS. Mandela’s public announcement of his son’s condition helped break the stigma of the disease in South Africa: “Let us give publicity to HIV/AIDS and not hide it, because the only way to make it appear like a normal illness like tuberculosis, like cancer, is always to come out and to say somebody has died because of HIV/AIDS. And people will stop regarding it as something extraordinary.” After his presidency, Mandela started the Nelson Mandela Foundation, which focused on fighting HIV/AIDS. 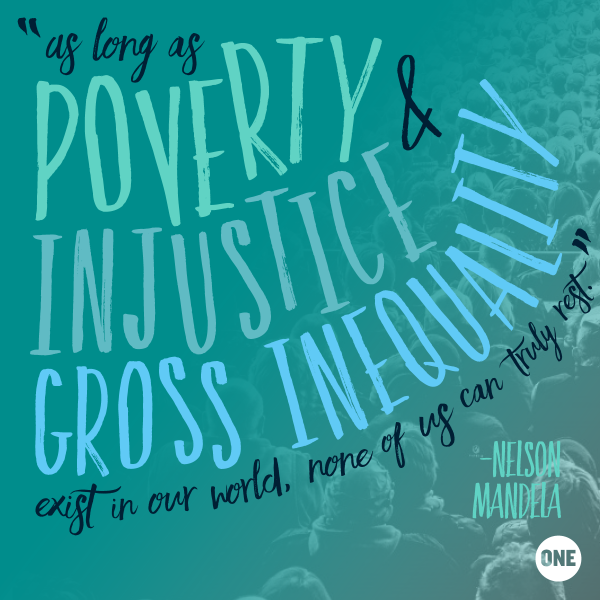 7. As we said earlier, the United Nations proclaimed Mandela’s birthday (July 18) to be Mandela Day. On that day, people are supposed to spend 67 minutes doing something good for others, which represents the 67 years he spent working toward change.

It may not take 67 minutes, but here’s something good you can do for others: Join Patricia and Consolata in their fight against gender inequality and HIV.