There are incredible poets and spoken word artists all around the world. Today, we’re introducing you to a few especially brilliant African poets that we can’t get enough of.

Koleka Putuma is a Cape Town-based performance poet whose poetry centres around her identity as a black woman in South Africa — a country with a long history of spoken word performance being used as a tool to reach social goals. Putuma continues this tradition through her work, facilitating writing and dialogue workshops at schools, community projects & interfaith programmes in the Cape Town area, plus supporting up and coming women artists through the theatre company she co-founded, Velvet Spine.

“Silence is a thing for us black women,” she said. “The goal for me is to write myself into something, be it into existence. Just to talk.” She’s already won the PEN SA Student Writing Prize for her poem, Water, and has been named one of Africa’s top 10 poets.

Thank you @elleafrique for this soul-to-soul chat. Loved it! psst: Check it out on http://elleafrique.com Photo credit: @chris.schwagga

Ketty Nivyabandi is a poet and activist from Burundi, known for leading women-only political protests in Bujumbura. Her mobilization efforts led to her being targeted by authorities and she was forced to flee to Rwanda for safety. Now living in Canada, she is a founding member of the Women and Girls Movement for Peace and Security and regularly speaks on conflict, refugees and human rights issues. On why she is involved with her work, Nivyabandi says, “I am currently safe, but if I am enjoying my safety alone while millions of my country-mates or anyone else, anywhere else in the world, is not safe, then that affects my peace.”

“A collection of narratives on love, colonisation, depression, pain, grief, Diaspora, self-care, heartbreak. Love. A safe place,” wrote AfroElle Magazine about Nigerian poet Ijeoma Umebinyuo’s debut collection of poems, Questions for Ada. By delving into the everyday life experiences of Africans living in the diaspora, she expertly crafts poems that truly connect with readers. Umebinyuo unapologetically shares her heart with raw honesty. She said, “I know who I am and where I am from. Shrinking myself is not an option.” 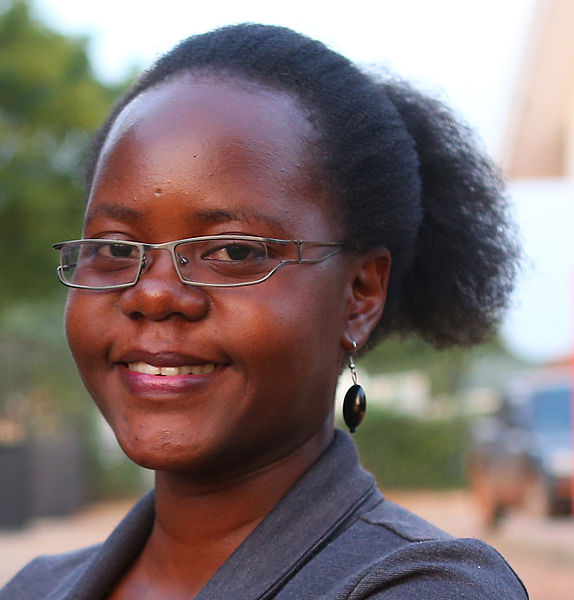 Born and raised in northern Uganda, Harriet Anena is a poet and journalist. Anena was just 13 years old when she wrote her first poem The plight of the Acholi child, which was so well received it helped secure her a bursary to continue her education and attend high school!

Anena says, “I explore my experiences as a child who lived through the LRA insurgency in northern Uganda and the post-war period. Today, I still keenly watch how people are piecing back the torn pieces of their lives; but also [navigating] the post-war challenges such as child-headed homes, land disputes, [and] crime.” A Nation in Labour, her debut collection of poems, brings the tension between Uganda’s beautiful, rich culture and the conflict and political instability it has had to endure to light.