David Cameron served as Prime Minister of the United Kingdom from 2010 to 2016, leading Britain’s first Coalition Government in nearly 70 years and, at the 2015 General Election, forming the first majority Conservative Government in the UK for over two decades.

As the UK’s youngest Prime Minister in two centuries, he came to power at a moment of economic crisis. Under his leadership, the UK’s economy was transformed, with Britain becoming the fastest-growing major advanced economy in the world.

He ensured that the UK committed to the NATO 2 per cent defence spending target and a rising national defence budget, but also stood up for the world’s poorest by meeting the UN commitment of 0.7 per cent aid and development spending – the first, and so far only, major country in the world to do so.

On the international stage, Cameron chaired the 2013 G8 Summit in Northern Ireland, where he highlighted the global need for fair taxes, increased transparency and open trade. Following this, and a two-year worldwide discussion led by a UN high level panel, which he co-chaired, the Sustainable Development Goals were agreed. In particular, Cameron advocated for what is now SDG16 – the idea that too many people are held back in poverty because of corruption, rotten government, and lack of access to justice. The principles underpinning Goal 16 – peaceful and inclusive societies; access to justice; and effective, accountable and inclusive institutions – are international values Cameron continues to champion.

David Cameron continues to focus on issues he advanced while in office: supporting life chances for young people; championing Britain’s cutting edge medical research; and promoting international development. In addition to his role at ONE, he is Chairman of Patrons at National Citizen Service, the UK’s flagship youth development programme; President of Alzheimer’s Research UK; and he is chairing the LSE-Oxford Commission on State Fragility, Growth and Development, under the auspices of the International Growth Centre. He also sits on the Global Board of Advisors at the Council on Foreign Relations.

David and his wife, Samantha, have three young children. The family live in London and West Oxfordshire. 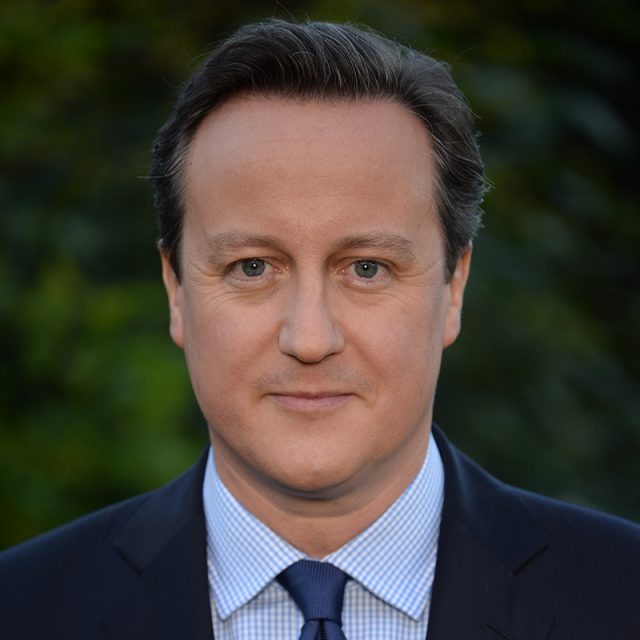