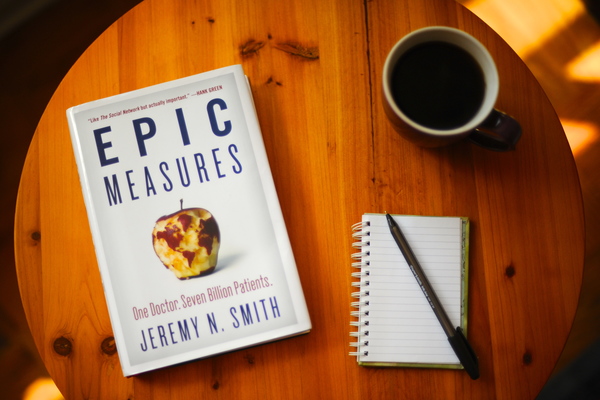 In the low-income world, chronic diseases like diabetes, heart disease and stroke—which receive less than 2 percent of global health aid—account for 64 percent of deaths. And around the world, road injuries kill more people than malaria or AIDS.

These findings come from the “Global Burden of Disease” study, an ongoing collaboration of more than 1,000 researchers working to provide political leaders and health officials with a big picture view of public health.

ONE: What is the Global Burden of Disease study and why is it significant?

Jeremy N. Smith: The Global Burden of Disease study is a project to create the equivalent of Google Earth for health, where you can survey an entire continent and see what’s killing people and making them sick. And the reason that’s significant is we haven’t had anywhere near that kind of consistent, comprehensive, scientifically derived resource before. Every year, about 50 million people die around the world and only one-third of those people have a death certificate. How do you save lives if you don’t even know what people are dying and suffering from?

And how do governments and NGOs use the Global Burden of Disease study to advance public health?

The most prominent example, on a charitable level, would be the Gates Foundation. Bill and Melinda Gates came to the cause of global health, in large part, by reading the first Global Burden of Disease study. They saw that in the developing world, diseases that they had never heard of were killing millions of people and yet were preventable for just a few dollars per life saved.

Many governments also use the data. When the Global Burden of Disease researchers put out the finding that the leading risk factor for health loss in Rwanda was indoor air pollution from dirty cook stoves, the Minister of Health of Rwanda took this information and immediately announced a sort of cash for clunkers program. The Rwandan government swapped out about a million dirty cook stoves for new clean cook stoves. So even in a really resource-constrained setting, you can act on this data to bring the greatest health gains from the interventions available to you. 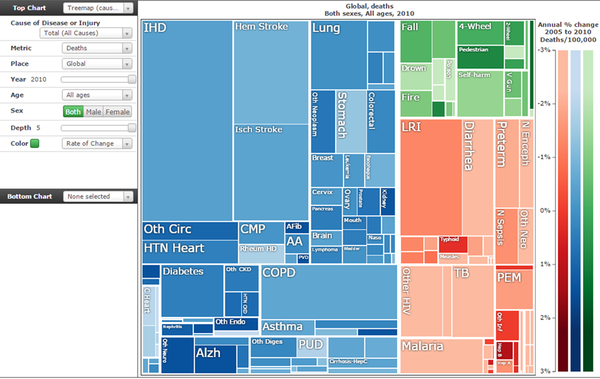 A Global Burden of Disease treemap illustrating all causes of death globally. Photo credit: Institute of International Health and Metrics

Did the researchers experience any pushback from organizations whose data didn’t match the findings of the study?

Yeah, this continues to this day. One recent example: the Global Burden of Disease study had a finding that maternal mortality, which had seemed stubbornly stuck at a half a million women dying a year in childbirth, in fact had been pushed down quite a lot and that the true number was closer to 300,000. This is great news of course, but some advocacy groups were quite alarmed at that finding, because they felt that it would make it a lot harder for them to get funding for their cause. Because aid money is seen as quite limited, and often is quite limited, it’s hard for aid and advocacy groups to avoid pushing their estimates up against each other’s.

I make an analogy: public health prior to the Global Burden of Disease study was like the world before the first maps of the world. In the absence of a map, it’s not surprising in retrospect that we’ve gotten pretty lost. The other aspect of this is that our funding legacy is, in part, a legacy of past political campaigns. I take inspiration from these past campaigns, but we should also look at other causes of death, disability and ill health that are really hurting people. Using the Global Burden of Disease study, we can bring them to people’s attention, foster public sympathy, and drive funding for these other causes as well.

For more information on the Global Burden of Disease study, visit healthdata.org/gbd.