This is a guest post written by Oscar Kimaro, Project Manager at Restless Development.

The global youth population is 1.8 billion strong. In Tanzania alone, young people aged between 15- 34 make up 34 percent of the entire population of 50 million.

Despite the size and potential of this group, globally, two out of three countries do not consult young people when creating their plans to tackle major development issues. In my country – Tanzania – only 18.3% percent are taking part in local government meetings, and only four percent are aware of any government programs or policies that empower young people. 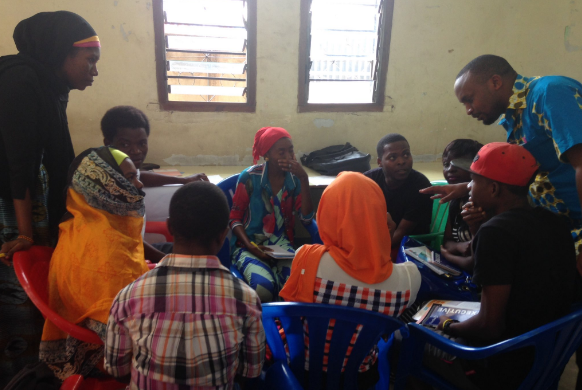 Young people are being excluded from the decisions that most affect their lives.

But all is not lost, in communities I’ve been working in, young people are already being leaders, implementers and monitors of Global Goals – new goals to end poverty and inequality.

And they are doing this with the power of data.

I work with a group of 20 inspiring young people who are trained as Accountability Advocates across five regions of Tanzania. They work locally in communities, to monitor the Global Goals through collection of data, and then use the evidence to hold decision makers to account and improve local services.

In a small village called Malinzanga, in rural Tanzania, a group of young people are collecting data to change their community – Eva, whose campaign you might be familiar with, is part of this group. They are making their voices heard, campaigning for access to clean and safe water as well as employment opportunities.

“Since we’ve been collecting and using local data, we have seen an increased interest from the local government leaders to engage young people in various local decision making meetings. Some of us are helping deliver government initiatives in the village and ward- something which didn’t happen before.” – Betty Mussa – a youth accountability advocate from Malinzanga, Iringa Rural Tanzania.

Betty and her team of Accountability Advocates are continuing with their advocacy work to improve employment and livelihoods in their community.  Based on data they have collected about land ownership, they have written letters to their village leadership asking them to prioritise youth by giving them pieces of land for cattle keeping and agriculture. Having land can make a big difference to young people and their families’ living standards. Now leaders have agreed to their calls.

Now they are also part of village health committees, too, influencing decisions to help prevent the new infections of HIV and AIDS.

Young people are locally bridging the disconnect between what happens at the UN and in their local communities. 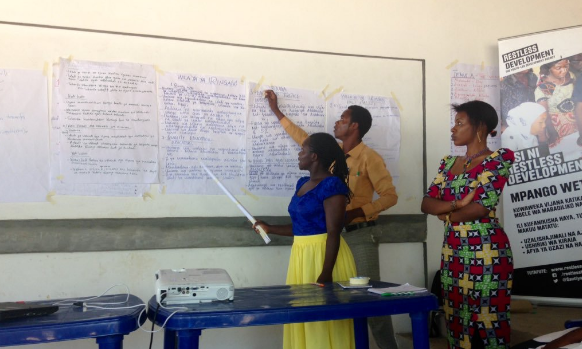 Through involvement of local and national decision makers they are are opening up spaces for youth participation in decision making as well as disrupting the power imbalances between decision-makers and citizens.

Today is International Youth Day – roughly 225 days after the Global Goals came into force. We are 1.8 billion, we share a huge power and we have strong influence in changing our lives. I want to appeal for the leaders all over the world to hear the voices of young people. Only if we unleash the power of young people will we the Global Goals become a reality.

Do YOU want to make sure your voice is heard? Join Restless Development & ONE today to help to end extreme poverty!