At five years old, Abubakar Adam Ibrahim sat with his father listening to the radio. He didn’t understand what the news was about, but remembers that his father was completely absorbed. From that moment on, Ibrahim was fascinated with journalism.

“I knew I wanted to collect people’s stories and amplify them. So it was an easy decision to study journalism.”

Now a seasoned journalist, his desire to tell people’s stories is as strong as ever. He feels journalism helps create “a greater understanding between people.”

In 2018, he won the Michael Elliott Award for Excellence in African Storytelling for All That Was Familiar. The report follows two women forced to flee their homes after Boko Haram uprisings. 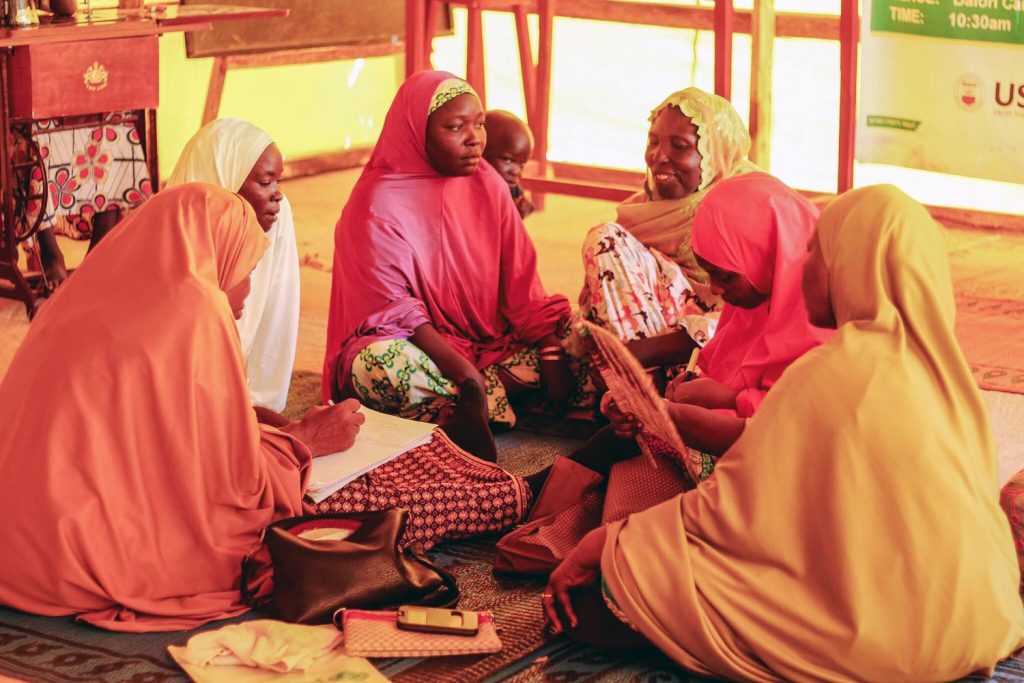 Boko Haram’s attacks shocked Ibrahim, living just five hundred miles away in Nigeria’s capital, Abuja. The news itself was bad enough, but Ibrahim was also taken aback by how the news was reported. The many orphaned, widowed, killed, or displaced were reported as numbers, not people.

“I felt they weren’t sufficiently humanized,” says Ibrahim. “These are people with lives, with dreams and ambition, people who are grieving their loved ones and afraid for their own lives at the same time, people whose lives would never be the same.”

In All That Was Familiar, Ibrahim introduces readers to Sa’adatu and Zahra, two women living in separate camps after their encounters with Boko Haram.

Sa’adatu is a mother to nine children, who she is raising alone since the disappearance of her husband. Food meant for the camp was resold in supermarkets, leaving her children without enough to eat. 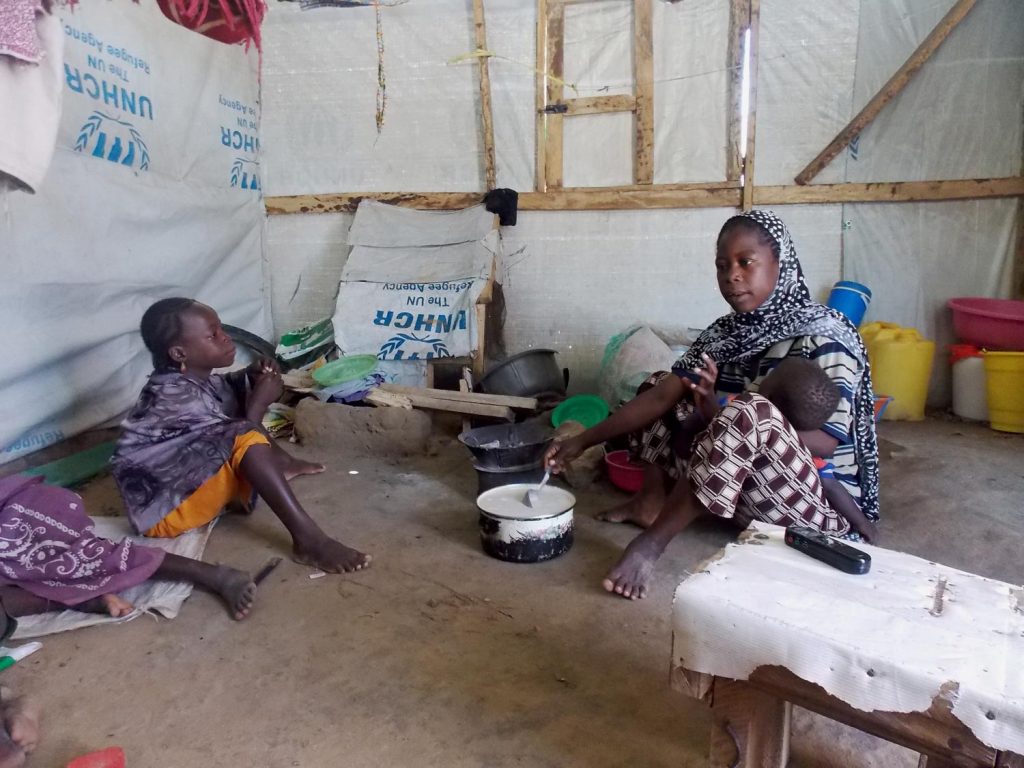 Sa’adatu cooking for her children.

Boko Haram captured Zahra and her infant daughter. She escaped during an air raid, but her daughter did not survive. Now, she hopes to reunite with her remaining relatives, who do not know she is alive.

“I thought their stories needed to be told in a way that projected our collective humanity so we could all relate to their experiences as humans.”

Not everyone was keen to get these stories out. Authorities denied Ibrahim entry to the camp where Sa’adatu was staying, forcing him to go undercover. He also feared that revealing the information he gathered would put Sa’adatu and Zahra at risk.

“It was a moral crisis, and in the end, I still hope I have done what is best…”

From his fiction to his journalism, Ibrahim’s work uses storytelling to connect people.

“We are nothing without stories. Our stories are part of our identity and stories are the way we know each other. It is through stories that we see beyond our different skin colors… or different faiths or nationalities. Deep down, we are essentially the same.

“Stories are the spears with which we poke our own fears of other people and realize that there is really little to fear and much to love.”

The Michael Elliott Award for Excellence in African Storytelling is a prestigious award given to up-and-coming journalists in Africa. The award is given by the International Center for Journalists (ICFJ) in partnership with ONE and the Elliott family.