130 million girls are out of school. So we’re asking the world to count them and urge our leaders to act.
JOIN THE COUNT
Save on Facebook

This is a joint post from ONE CEO, Gayle Smith, and YouTube Vice President of Marketing, Danielle Tiedt.

One hundred and thirty million girls will not go to school today. These girls will be denied the joy of reading a great book, the triumph of finally figuring out an equation, and the opportunity to determine their own future.

But it is not just these girls who suffer. The entire world is missing out on a huge opportunity.  The next world-changing breakthrough might be built in a garage in Silicon Valley—but if all girls had access to an education, it could also stem from the imagination of someone in South Sudan.

Closing the gender gap in education could generate an additional $112-152 billion a year for the economies of developing countries. And 130 million more educated girls would lead to 130 million more empowered women in the world.

Neither of us could be where we are today if we had been denied this right. Everything we have achieved in our careers was made possible by the quality education that shaped our lives. A seat at the table, whether in Silicon Valley, Washington, D.C., or Addis Ababa starts with a seat in the classroom. Equality anywhere won’t be possible until girls everywhere get the education they deserve and it is our belief in this world-changing idea that brings us together today to raise our voices for #GirlsCount. 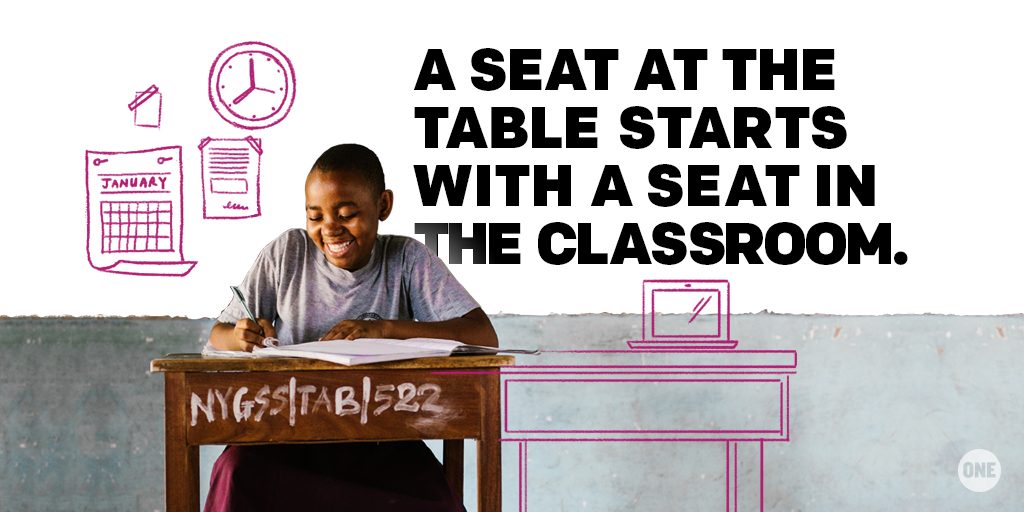 YouTube Creators for Change and ONE are united in the belief that there is power in every voice and that every girl counts. That’s why YouTube and its incredible community of creators have joined with ONE to bring attention to the 130 million girls who don’t yet have access to an education. Our goal is simple: Create the longest video in history by counting every single girl out of school. Visit girlscount.one.org to choose your number and submit your contribution.

Top YouTubers like TheSorryGirls, Whitney White of Naptural85, and Maddu Magalhães are all coming together to say #GirlsCount and demanding that our leaders listen. Aboubakar Idriss has generations of female relatives, including his sister, that are unable to read or write due to being kept out of school and hopes this can shine a light on stories like theirs.

Ensuring that every girl gets the education she deserves is going to take a global effort. Policy-makers and pop stars, CEOs and storytellers, and millions of voices in every country must speak out and urge leaders to act. 130 million girls deserve no less.

130 million girls are out of school. So we’re asking the world to count them and urge our leaders to act.
JOIN THE COUNT