Vuyiseka Dubula is an avid runner and is currently completing her Ph.D. She’s also become synonymous with courage, passion, and fierce determination in the South African civil society landscape.

It hasn’t been an easy journey, particularly as a woman born into poverty in the small town of Dutywa in the Eastern Cape of South Africa. Vuyiseka grew up living apart from her biological parents and had to take care of her younger sibling. She wanted to change how she and her sister were living and dreamed of a better life.

At 22, she was diagnosed with HIV. It felt like a shattering of her dreams, especially as treatment would be difficult for her to obtain. But shortly after her diagnosis, she was introduced to the Treatment Action Campaign (TAC), which campaigns for access to HIV treatment.

After a long bout of depression following her diagnosis, she volunteered with TAC for months and eventually opened an office in her home. 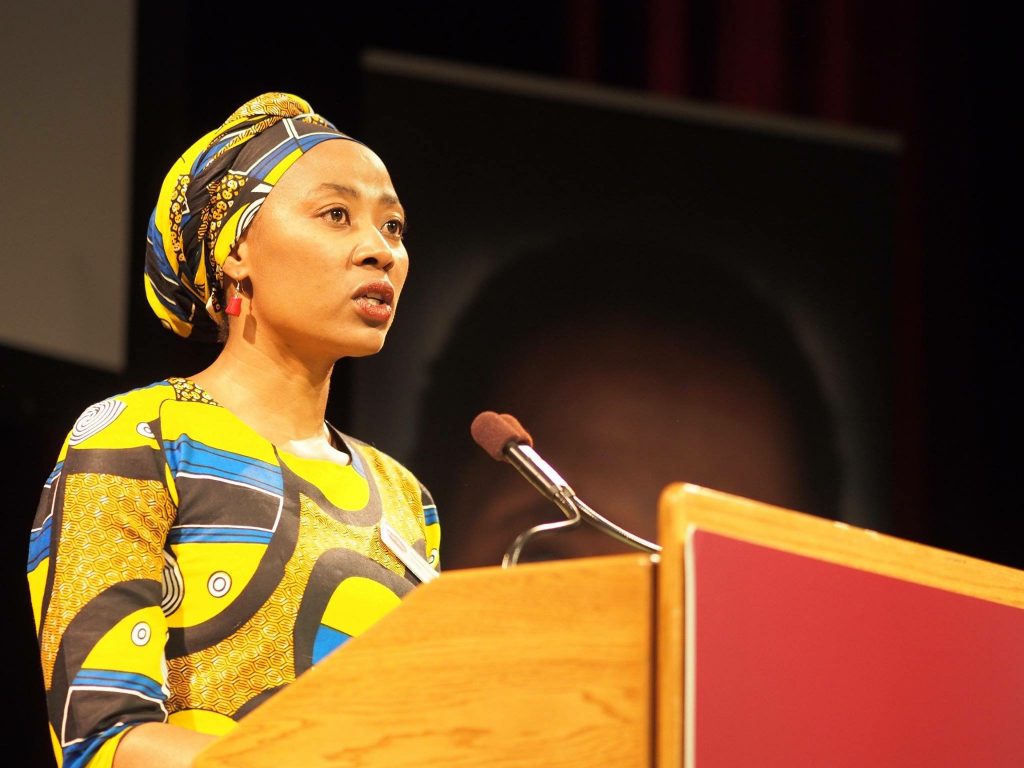 “The HIV struggle chose me; I didn’t choose it,” she says. “TAC was the only movement that I felt was radical in its approaches to challenge the status quo on issues of access to HIV treatment.”

What started off as a group of about ten members has grown to 8,000 people in seven of South Africa’s nine provinces. Each member gets information on the science of HIV, TB, and other conditions, as well as their rights in the public health system.

Vuyiseka’s highlights during her time with TAC are the court victories, including the 2002 ruling in which the South African government was ordered to provide anti-retroviral drugs to prevent transmission of HIV from mothers to their babies during birth.

During those early years, “we worked non-stop for 14 years with no time to relax,” she says. Vuyiseka was forced to leave her child with her mother-in-law when her workload got particularly heavy after she became the Secretary General of TAC—a position she held for six years after being elected twice. Her visionary leadership helped one of the largest HIV programs in the world come into its own. 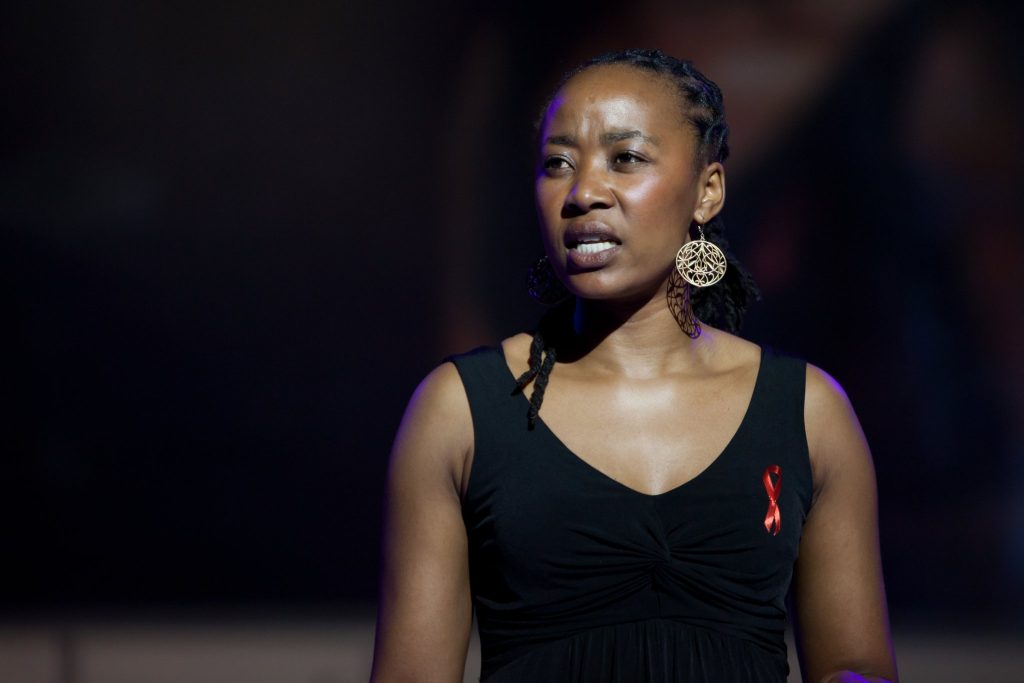 But it was difficult to watch hundred of her comrades succumb to AIDS in the early years of the organization. With support from family and other TAC members, she was always able to pick up her spear and soldier on.

“I don’t usually get despondent because I know that I can do something about it,” she says. “With our gains in HIV, we can only draw wisdom and strength to know that no matter how long it will take for us to win, it will happen.”

She also attributes her determination to her children, a 9-year-old daughter and a 3-year-old son. “They are more than a motivation,” she says. “They are a firm reminder of my duty to hand over a better country to the future generation.”

TAC still works to expose health-related corruption and health governance issues, and even challenge the private healthcare sector. The organization, where Vuyiseka remains a board member, continues to be at the forefront of exposing poor management of HIV/AIDS services at local levels through intense monitoring. 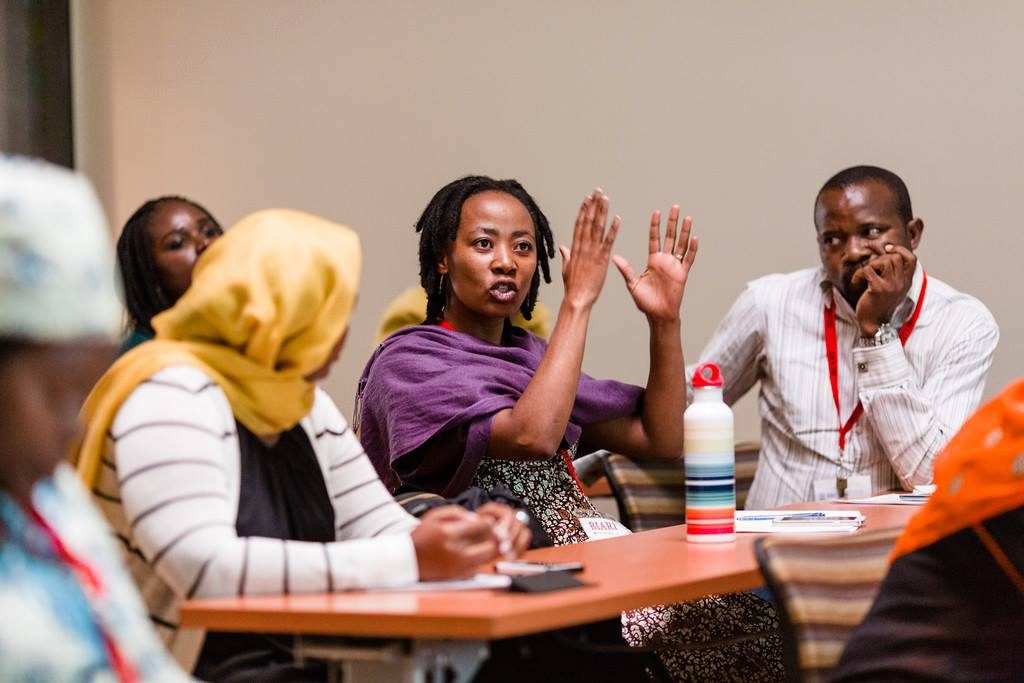 Before stepping down from her position as the Secretary General, Vuyiseka founded an Activist Education and Development Centre that facilitates and supports unemployed HIV+ activists’ access to higher education. The organization also provides a space in which activists can reflect, write, and relax, because there is very little self-care support for activists in South Africa.

To date, the center along with their partners, TAC and the Africa Centre for HIV/AIDS Management at Stellenbosch University, have ensured that more than 30 HIV-positive activists have completed some form of higher education.

Vuyiseka says her next step is expanding the center’s activities to reach more provinces of the country. “It is women who make social movements,” she says. “But with limited educational support, they are often discarded by movements, left unemployable and with no means to support themselves.”

Vuyiseka’s vision is one in which female activists can move beyond their often unrecognized roles within movements to actually leading civil society organizations, which remain male-dominated, even in 2016. An ambitious goal, but not unreachable for a woman who has already pushed so many boundaries.

Young women are disproportionately impacted by the AIDS epidemic. Read more about this and other issues in the fight to end AIDS in our 2016 AIDS Report.