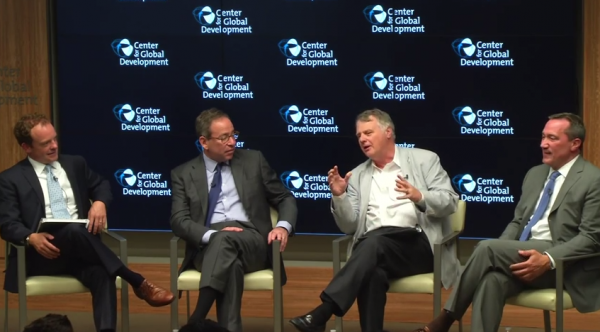 Michael Elliott, President of The ONE Campaign, discussing the difference between foreign aid, foreign investment and remittances for developing countries at The Center for Global Development

Foreign aid does not equal development. This is a self-evident truth that enjoys universal acceptance in development policy circles. And yet, according to a new presidential campaign briefing book by the Center for Global Development, US development policy is stuck in the past, encumbered by a narrow fixation on aid as the principle means by which to help low-income countries advance their economies. So, beyond aid, what else is to be done?

At a recent panel discussion at the Center for Global Development, thought leaders in development policy discussed a range of tools beyond monetary assistance – in areas like trade, investment and migration – that the next president administration could employ to further global prosperity.

All of the panelists stressed the importance of engaging the private sector. “As proud as I am of [traditional aid] programs, I actually think what we’re seeing today is a much greater impact from what our private sector is doing without even an interest in development,” said former US Treasury official Tony Fratto. “The availability of technology and the ability to socialize ideas and spread knowledge is just unsurpassed in the history of the planet.” The challenge, he said, is to get technology firms to start thinking about “how they can maximize the development benefit from the things they’re developing.”

Ben Leo, a senior fellow at the Center for Global Development, added that there’s a great demand among aid-recipients for foreign investment. “Overwhelmingly people cite economic opportunities as their most important concern,” he said. “What are our tools to actually promote that? Sometimes aid-based programs are able to have a strong impact on that, [but] oftentimes the best tool is the private sector: US investment, capital, and know-how.”

Michael Elliott, President of The ONE Campaign, while agreeing on the need for deeper private sector engagement in development, injected a cautionary note. “Let us remember that a dollar of FDI [foreign direct investment] does not equal a dollar of ODA [overseas development assistance] does not equal a dollar of remittances. They have different impacts. They have different effects,” he said. “In the most fragile states, in the least developed countries, in West Africa in the three Ebola countries, aid is going to count for a significant period of time.” 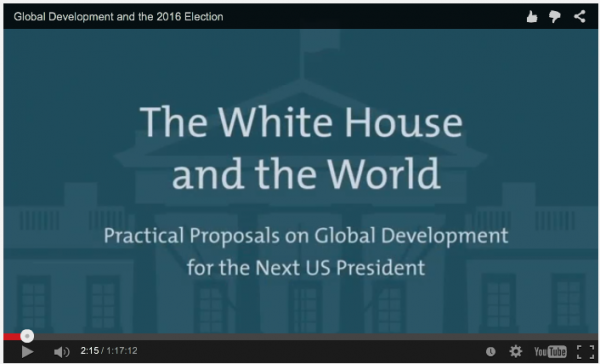 The panelists issued other recommendations for the next president – from creating more opportunities for migrant laborers to addressing corruption. More still can be found in the Center for Global Development presidential campaign briefing book.

The biggest challenge now, however, lies not in coming up with concrete proposals, but in forcing development policy debate into the 2016 election cycle. And how do we get presidential candidates talking about development?

The first step may be as simple as showing up. As Tony Fratto reminds us, “There are a hundred town hall meetings going on right now with some of these guys running around taking questions from people. Get up and ask them what their views are on these issues. Get there and ask them to make a commitment.” 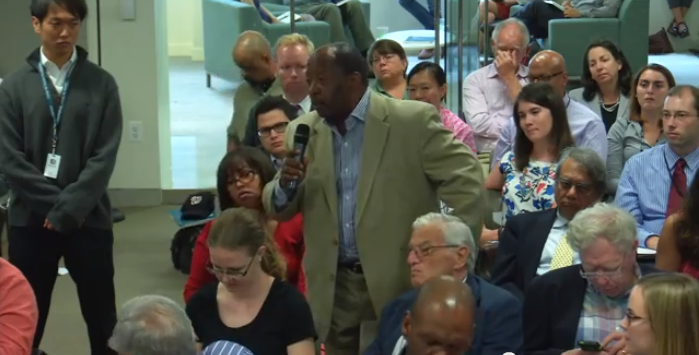 If you were in a town hall meeting with a presidential candidate, what development question would you ask? Let us know in the comments!