As Women’s History Month comes to a close, we thought we’d take the opportunity to round up some inspiring women activists who have both inspired us and made it possible for us to succeed in the work we do. May their words resonate through time and continue to inspire. 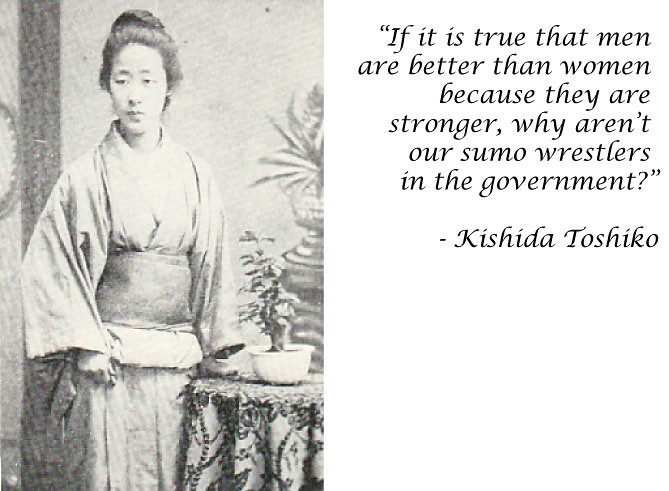 Kishida Toshiko was a writer, women’s rights activist, and Japan’s first female orator. She began lecturing when she was just 20 years old! She was well known for her speech “Daughters Confined in Boxes” that criticized a family system that confined women at home. 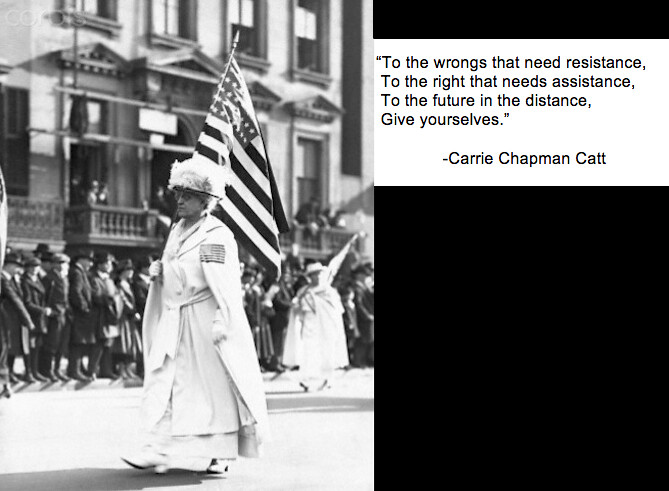 As president of the National American Woman Suffrage Association, Carrie Chapman Catt helped revitalize the suffrage movement and ratify the 19th Amendment in 1919, which guarantees all women the right to vote. Not really that long ago, ladies! 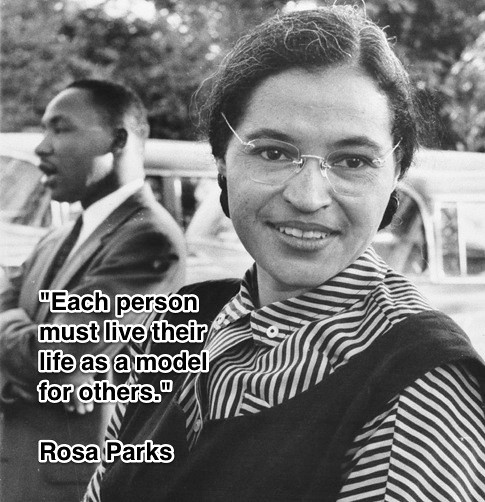 Rosa Parks is known as the “first lady of civil rights.” Her arrest for refusing to give up her bus seat to a white passenger led to the game-changing Montgomery Bus Boycotts. 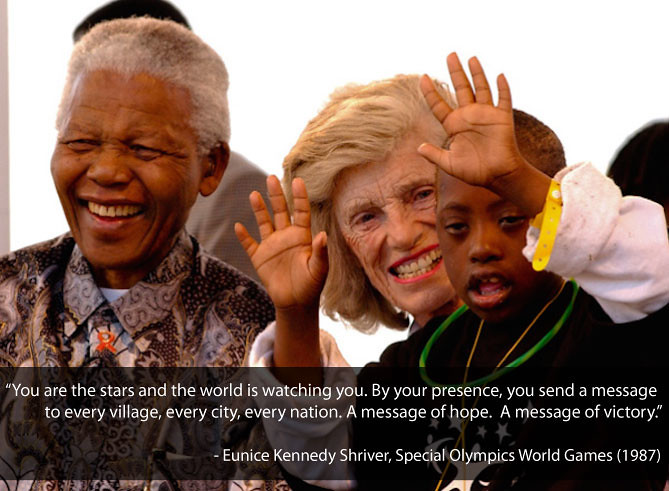 Photo credit: EuniceKennedyShriver.org.
There’s just something about those Kennedys and Eunice Kennedy Shriver is no exception. Shriver founded the Special Olympics in 1968 in honor of her sister, Rosemary, who had an intellectual disability. She firmly believed that if people with intellectual disabilities were given the same opportunities as everyone else, they could achieve far more than anyone thought possible. 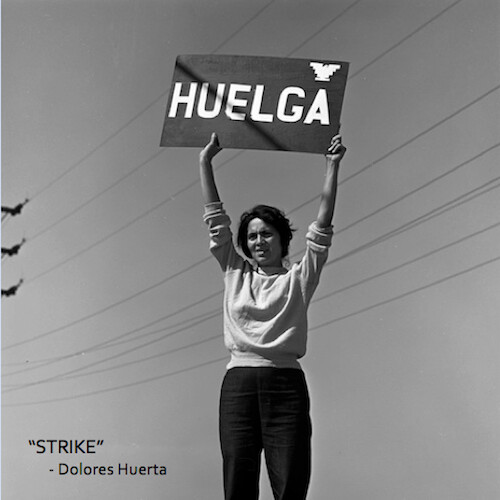 Photo credit: Harvey Richards.
Dolores Huerta was first inspired towards activism while she was an elementary teacher in California. She noticed that many of her students, children of farm workers, were living in poverty without enough food to eat. Together with Cesar Chavez she founded the United Farm Workers Union and helped get Spanish-language ballots for voters, among other accomplishments. 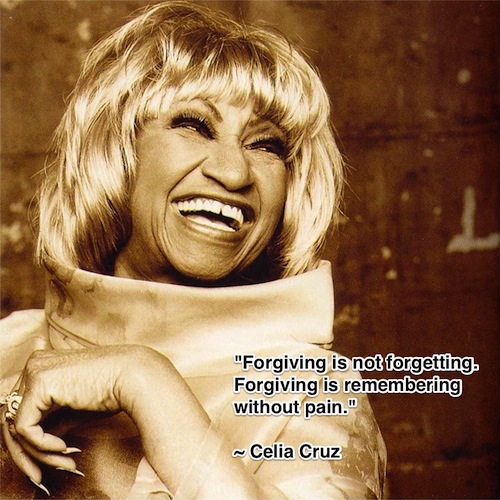 Known as the “Queen of Salsa,” Celia Cruz was one of the most influential figures in the history of Cuban music. Although she’s not a traditional activist, her life was devoted to spreading Cuban music and culture which earned her the Presidential Medal of Freedom. Eleven years after her death, she’s still a pioneer; Cruz was honored as the first Latin artist on the Apollo Theater’s Walk of Legends. 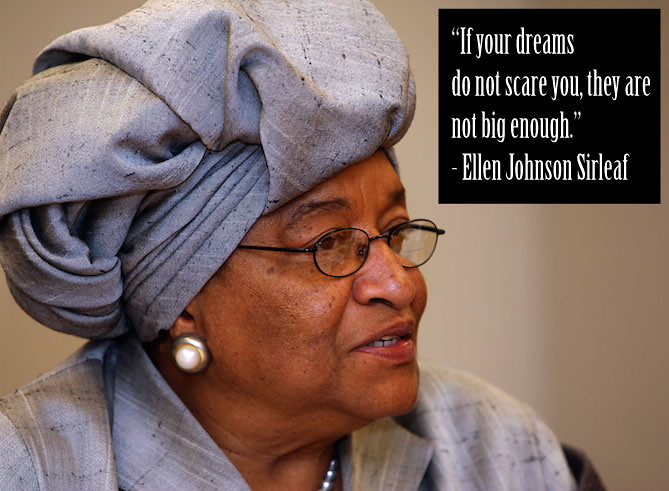 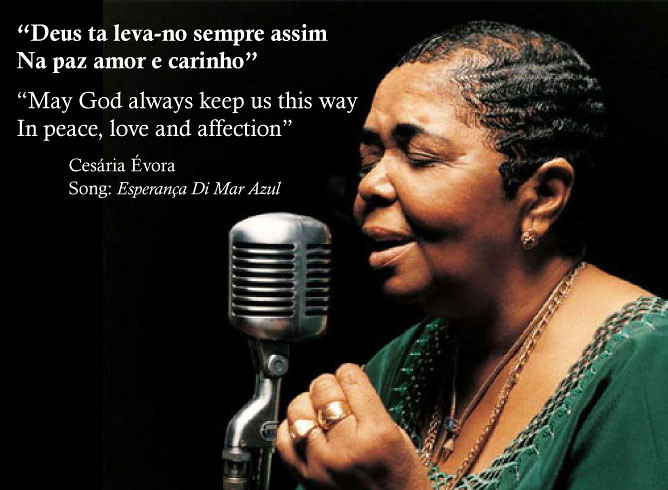 Cesária Évora is one of the greatest African vocalists of all time and was a WFP Ambassador Against Hunger. She was known for appearing barefoot on stage in support of the poor of Cape Verde. And we just love her soulful voice.

Photo credit: Platon/Time.
Can you imagine being locked away in your room for 15 years? Me neither, but it happened to this lady! Aung San Suu Kyi began speaking out in favor of the protests and rallies against the dictator U Ne Win and his policies, focusing her speeches on democracy and human rights. In retaliation U Ne Win’s military junta put Aung San Suu Kyi under house arrest with no communication with the outside world for almost 15 years. That certainly didn’t silence her.

Photo credit: Michael Angelo.
In collaboration with Ellen Johnson Sirleaf, Leymah Gbowee helped bring a period of peace to Liberia through her leadership of a women’s peace movement. Her efforts enabled a free election in 2005 that gave the presidency to Sirleaf. 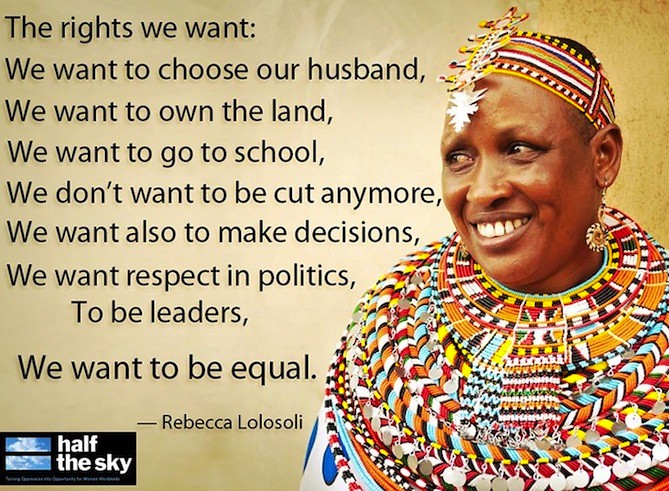 Rebecca Lolosoli helped establish the Umoja Women’s Village in Kenya after she was beaten for speaking up for victims of rape. She continues to fight for women and their right to make decisions and own land and businesses. 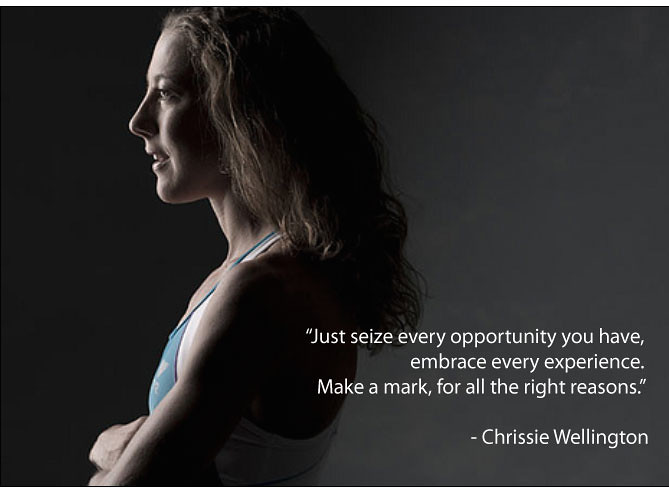 Photo credit: Tim Mantoani Photography.
I’m always inspired by female athletes, mainly because I’m extremely un-athletic. Wellington is a record-holding triathlete. Retired now, she’s working to advance women in cycling by calling for a women’s Tour de France. She is also passionate about development and spent time in the conflict-affected west of Nepal working on water and sanitation.

You don’t have to be a president or cultural icon for your voice to matter. Join the ONE Girls and Women movement and help make the world a better place for girls and women.