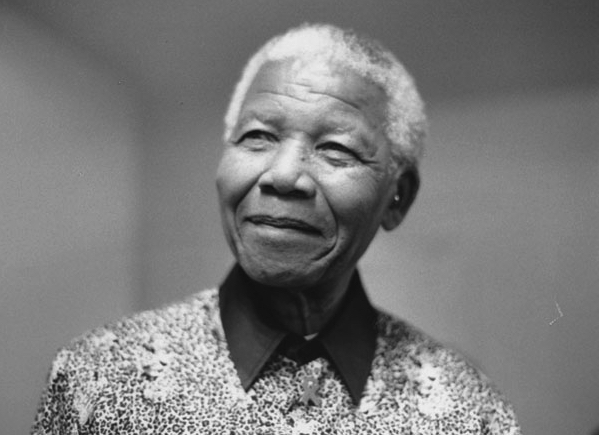 1. His birth name was Rolihlahla Mandela. His primary school teacher gave him the name Nelson.

2. He began his long road to a college degree at the University College of Fort Hare in 1931. He was expelled for participating in a protest against the university’s policies.

3. After leaving the University College of Fort Hare, the King of his village threatened to arrange marriages for him and his cousin, Justice. They both ran away to Johannesburg to avoid the marriages.

5. In order to leave the country (which he was banned from doing), he used the name David Motsamayi to get out of South Africa in secret.

6. His activism continued while in prison, both inside its walls and out. He was a mentor to other prisoners and taught them about nonviolent resistance. He also sent notes to the outside world and was a consistent symbol for the anti-apartheid movement.

7. He loved sports and even used them as part of his activism. He believed that sport “has the power to change the world…it has the power to inspire. It has the power to unite people in a way that little else does. It speaks to youth in a language they understand. Sport can create hope where once there was only despair. It is more powerful than government in breaking down racial barriers.”

8. He was released from prison in 1990 by President Frederik Willem de Klerk. The two now share a Nobel Peace Prize.

10. Mandela Day is July 18th, with this year being the centenary of Nelson Mandela’s birth in 1918. This year, you can celebrate by taking #ActionAgainstPoverty with the Nelson Mandela Foundation!