This G7 summit can and should turn the tide on gender inequality worldwide. The ONE Campaign will be in Biarritz to urge leaders to make this an historic summit based on real action and not just words and, in particular, to deliver real progress towards Gender Equality. 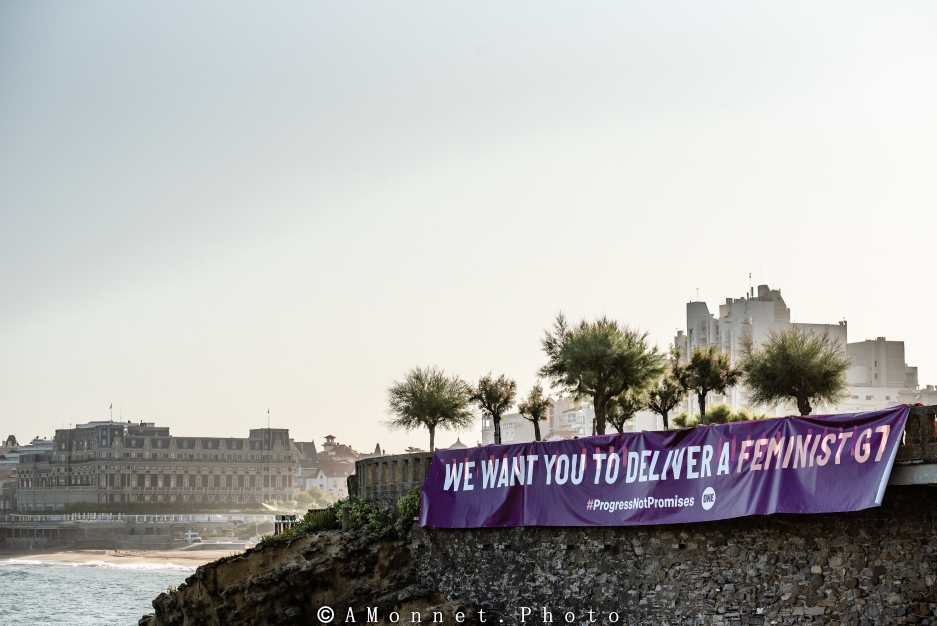 Gayle E. Smith, President and CEO of ONE – English

Gayle E. Smith served as a top advisor on development issues for two American presidents and is one of the world’s leading experts on global development. She brings an unparalleled expertise on development and democracy issues, and an extraordinary network of relationships across the African continent and around the world.

Gayle is travelling to Biarritz after a meeting in Paris with President Emmanuel Macron on August 23rd and will be available for interviews and briefings on the 24th and 25th either in the Red and Blue Zones.

Friederike Röder is an expert on development finance, international relations, governance and gender issues. She follows the G7/8 and G20 meetings for ONE since 2011. She brings both a global and French perspective on the fight against inequalities and a historic approach to G7 summits and multilateralism.

Friederike will be available for interviews and briefings in Biarritz in the Red and Blue Zones from August 20th on.

You can come at 14h to see the making of the sand art. The sand art creation will start at 14h and by 15h you might recognise some faces drawn on the sand.

What we are asking for

At current rates, it will take 108 more years for the world to achieve gender equality, and even longer in some parts of the world (135 years in sub-Saharan Africa and 208 years in the United States). Not a single country is set to achieve gender equality related SDGs by 2030. Leaders attending the G7 summit have all made bold promises to fight for women’s rights and economic empowerment but too few of these have been backed by new laws, policies and funding.

This G7 summit can and should turn the tide on gender inequality worldwide. To deliver long-lasting change for girls and women, including in the poorest countries, ONE is asking the leaders at the G7 summit to sign up to The Biarritz Partnership – an ambitious package of actions that will empower women around the world.

In this Partnership, they should commit to:

Click here to find out more about the Biarritz Partnership.