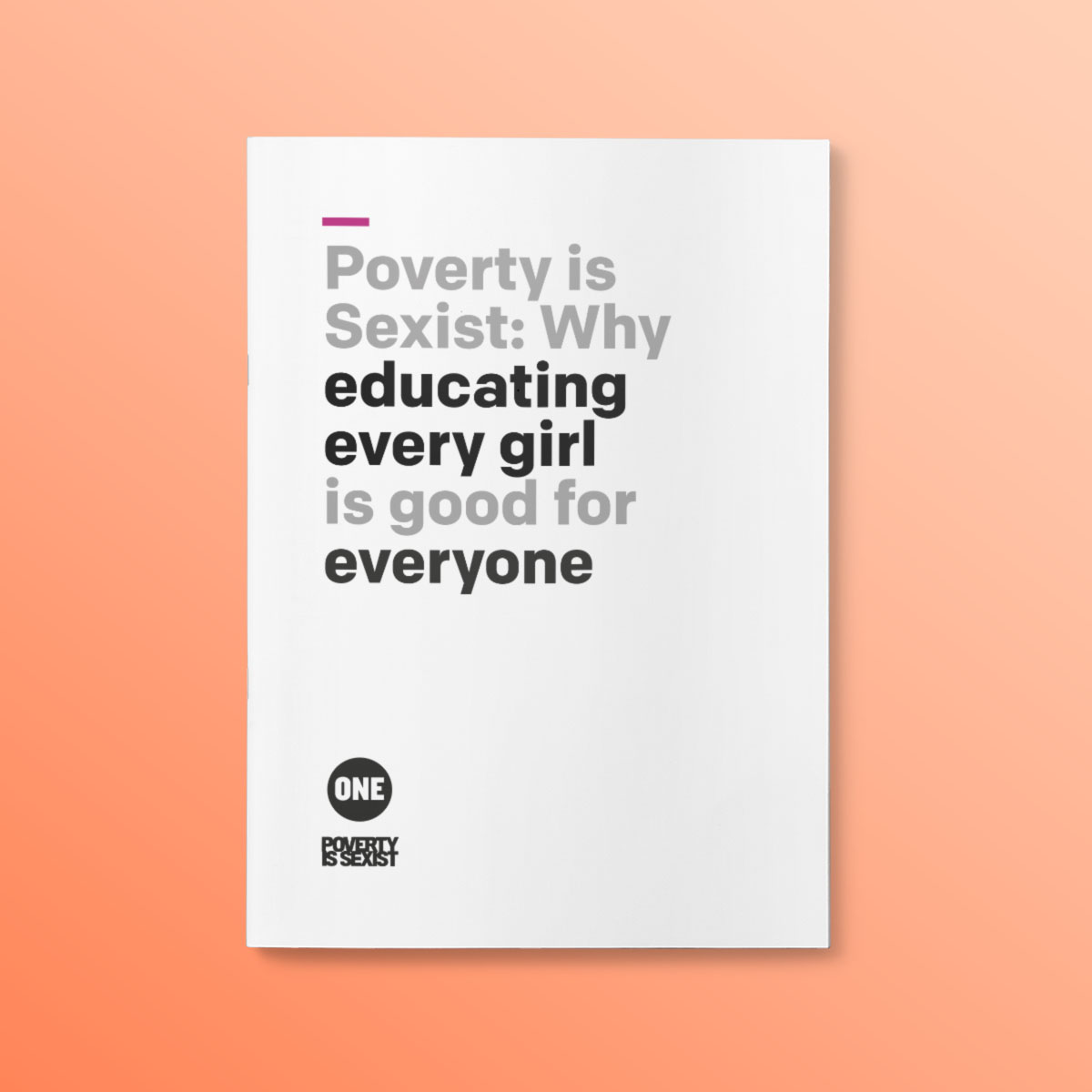 Life is harsh for almost everyone in the world’s poorest countries, but life is tougher for women and girls. They are less likely to be in school, less likely to have the same opportunities for work and less likely to have a say in their own lives than their brothers. But while the gender gap appears to be entrenched and intractable, there is one intervention that would go a long way toward improving these circumstances if there is the political will to support it.

Education is one of the most powerful weapons in the fight against extreme poverty. Its centrality to achieving the wider set of Sustainable Development Goals is clear. There is a wealth of evidence to show that an educated country is one that is healthier, wealthier and more stable – and that universal, quality education is one of the best antidotes to poverty. To put it bluntly, we won’t end extreme poverty without prioritising education, particularly for girls.

ONE’s Poverty is Sexist report aims to draw attention to the crisis – and opportunity – around girls’ education and demonstrate why educating girls is a smart investment. This report exposes how educating a girl for a day costs less than a loaf of bread or a daily newspaper. Yet this is one of the best bets we can make. Educating every girl to secondary level in sub-Saharan Africa could help save the lives of 1.2 million children. Educating girls to the same level as boys could benefit developing countries to the tune of at least $112 billion a year. It also helps stabilise societies that are vulnerable to extremism. Failing to make such an impactful and cost effective investment now amounts to an emergency that we cannot ignore.

The report calls on leaders in government, civil society and business to respond to this crisis and seize the opportunity with a bold plan for ensuring every girl has an education.