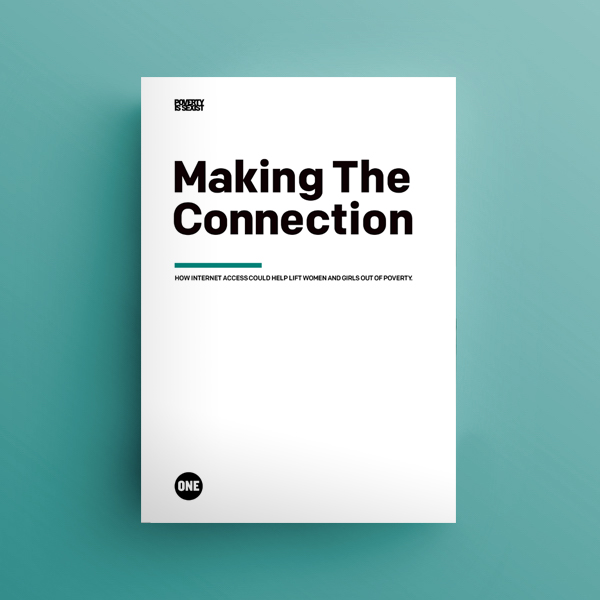 In less than a generation the Internet has revolutionised the lives of billions of people. It has changed the way we communicate, work, learn and engage with the world around us.

Thanks to the Internet some of the world’s poorest and most vulnerable people now have access to information and networks that help them communicate, set up businesses, and access services, helping them and their families lead healthier, safer and more prosperous lives.

But this digital utopia is not available to everyone. More than half of the world is still unconnected and where someone lives makes a huge difference. Almost 75% of Africa’s population is offline compared with 19% of people in developed countries.

Poverty is sexist: girls and women are hit harder and have fewer opportunities than men, and access to the Internet is no different. Women living in LDCs are a third less likely than their male counterparts to be connected and the gap is increasing.

By 2020 over 75% of women in the least developed countries will be unconnected. In this report ONE calls for an action plan to connect those 350 million women and girls which would have spin off benefits for everyone.