We’re back! After a busy summer of campaigning on the G7, the Global Fund and sexual violence in Senegal, we sat down to chat with volunteers from Nigeria, Ireland and Senegal.

We want to hear all about you! Tell us a little bit about who you are and where you’re from.

Fausiat: My name is Fausiat Bakare-Balogun, a two-time ONE Champion representing Lagos State although my state of origin is Ekiti State.

Evie: My name is Evie Kelly and I am from Dublin, Ireland. I have been a Youth Ambassador for ONE for 8 months.

Ahmadou: My name is Ahmadou Bamba Diop, I am 24 and I come from Dakar, Senegal. I study Bank Econometrics and Quantitative Finance, which is one of the numerous specialisations in the vast and very interesting field of Economics. 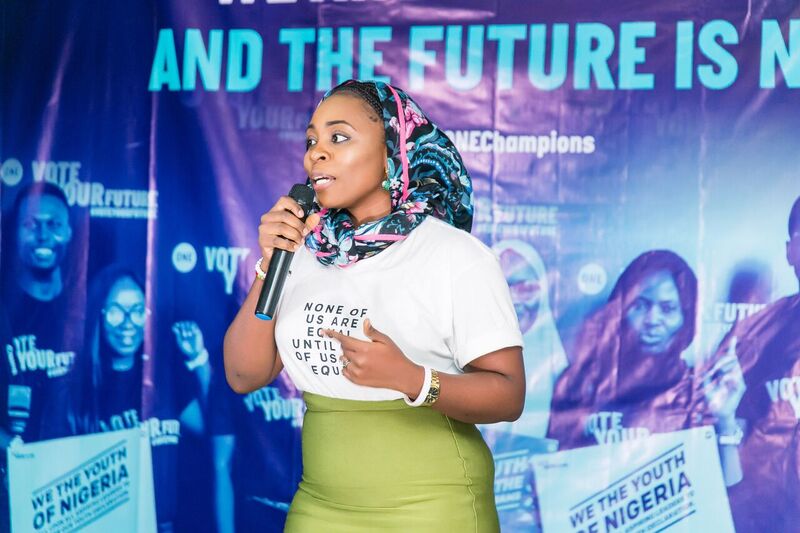 What’s been your proudest moment as a volunteer with ONE so far?

Fausiat:  When I was reselected among 50 intelligent and passionate changemakers to serve again as a ONE Champion for the 2019/2020 session. Being a ONE Champion has been my super power to intensify my effort in advocating for better health care system in Nigeria. I am passionate about health because healthy people are able to live better and happier lives and also have the strength to pull themselves out of extreme poverty. I felt I was doing something right in contributing my quota to eradicate extreme poverty in Nigeria.

Evie: When my own government released Ireland’s new policy on international and overseas development. Ireland pledged to double its foreign aid spending to more than two billion euro by 2030. I had the privilege of attending the launch at my local University College Dublin as a ONE member in March. Taoiseach Leo Varadkar was present as well as Ireland’s Minister for Foreign Affairs Simon Coveny. This was a major advancement in Irish overseas aid.

Ahmadou: One of the most prominent characteristics of the African continent is that its population is largely dominated by youth. In 2018, Yinka Adegoke stated in one of his articles on Quartz that Africa is the youngest continent in the world, in relation to its population makeup. That enlightens the major role that youth has to play in the near future of the black continent.

Every day I am prouder to be a ONE Champion than I was the day before. Knowing that around the world different people my will to make a real change. Every additional supporter of ONE proves to me that we are doing a satisfying work and also motivates me to always do more. In addition, being a champion of ONE gives me the opportunity to meet people that are involved in the decision-making process and being able to interact directly with them makes me feel that my voice and ideas are being heard. 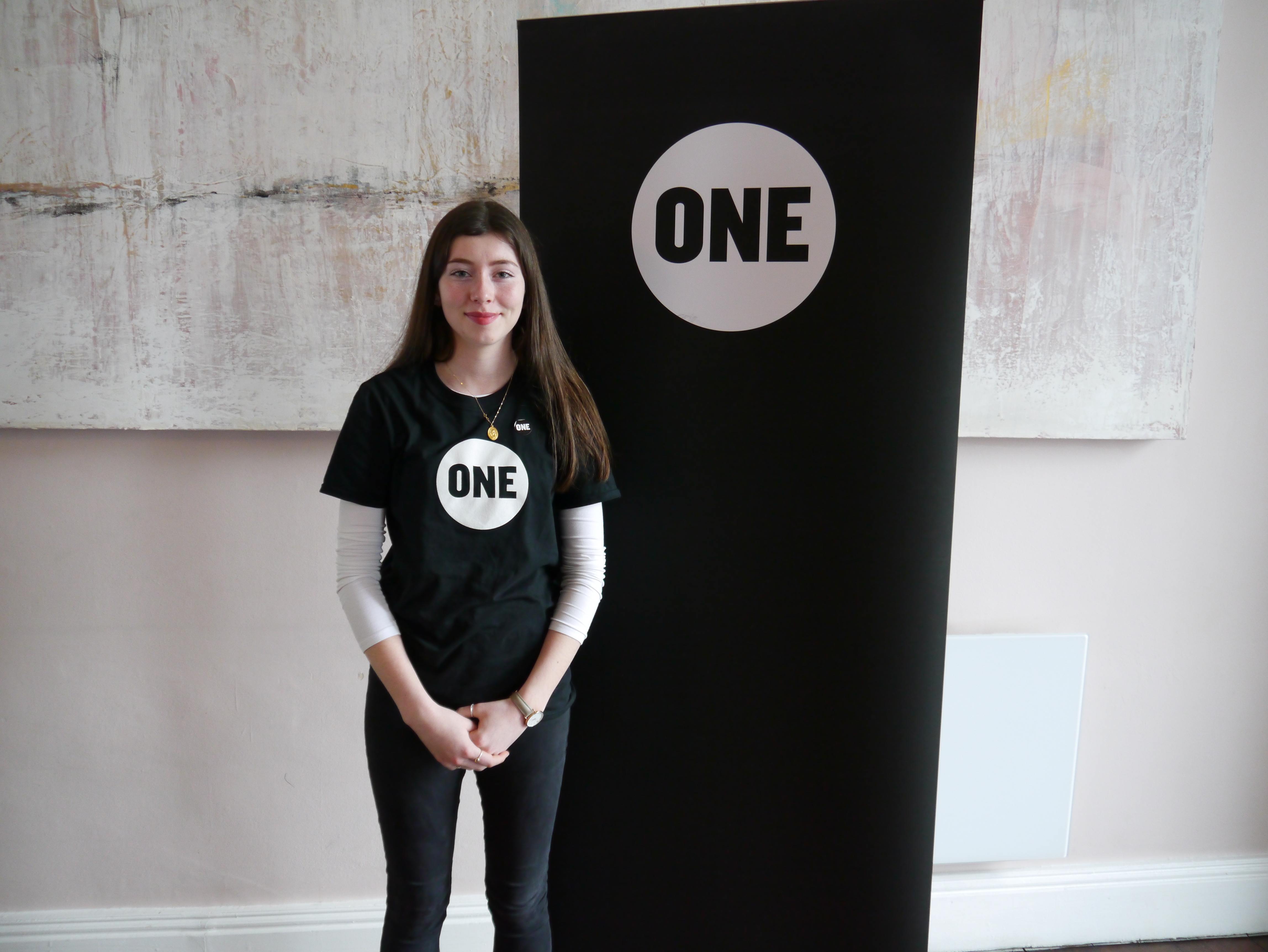 If you could step into one person’s shoes for the day, who would you be?

Fausiat: I would step into Beyonce’s shoes and this is because I will have the financial strength and power to influence millions of people to effect change in the lives of women and girls while also being glamorous and looking fabulous. I will also be able to easily finance quality and inclusive education with a major focus on the girl-child, empower many more women, influence world leaders to invest in education, health and play an active role in contributing to achieve the SDGs. I will also be able to write loads of lyrics targeted towards changing the status quo that contributes to people living and dying in extreme poverty

Evie: For one day, I would like to step into Edward Jenner’s shoes. And not because I love science or medicine. But because he declared it necessary to prevent a major disease rather than cure it on demand. It is now a societal norm in much of the world – to acquire vaccines in clinics, almost anywhere, for almost anything. This is all due to Jenner’s invention of the world’s first vaccine.

Ahmadou: It’s too hard to choose just one! I I would rather be the population of Africa as a whole. We, African people, need to join hands and work in symbiosis as if we were one. It is of great importance for us to realise how much we need each other and that our strength lies in our diversity and our complementarity. We are facing the same issues on a daily basis and we also share the same endeavour to bring efficient and durable solutions. 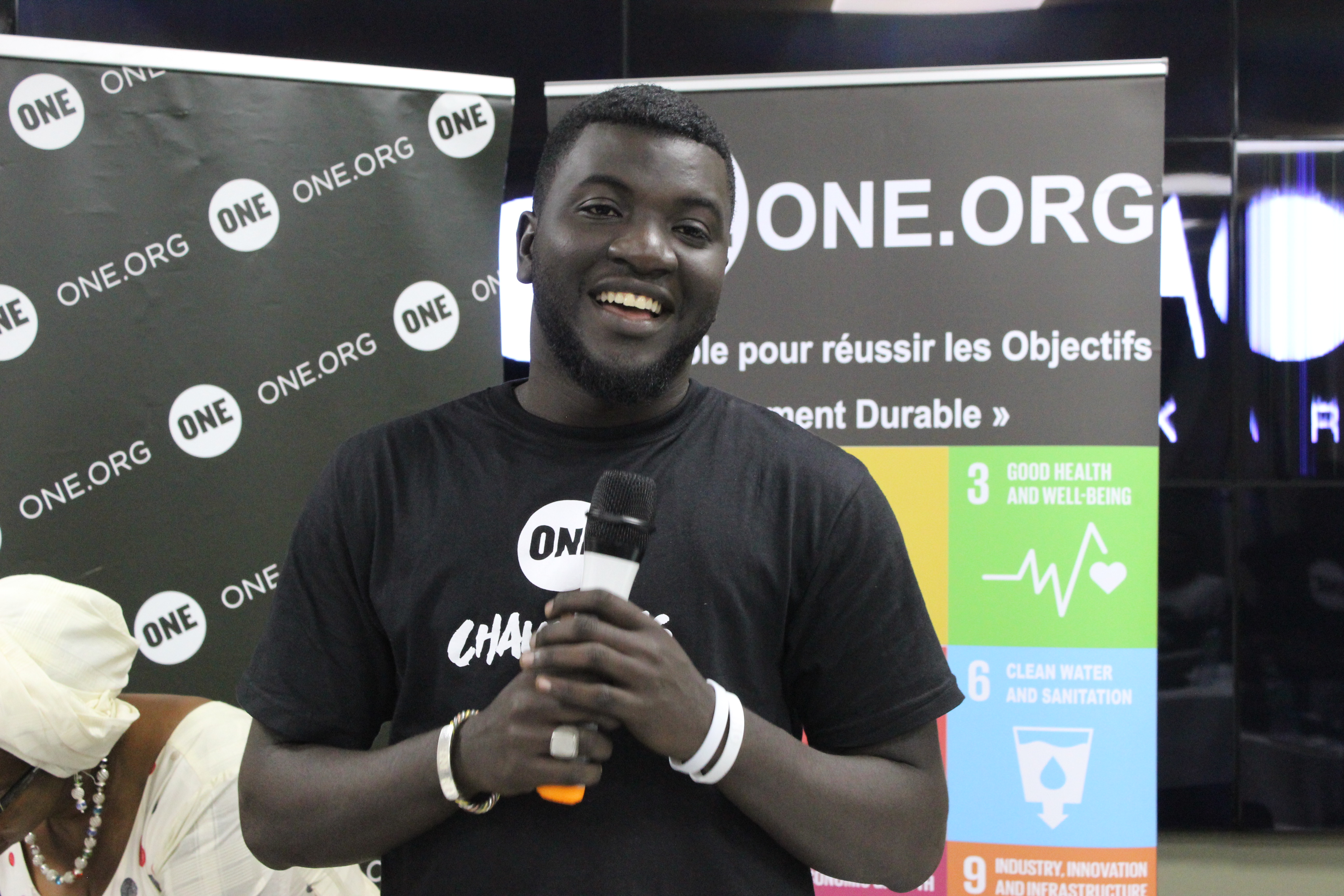 Why or how did you get involved with ONE?

Fausiat: It was a pleasant afternoon when I got an email informing me of my selection as one of the 50 Champions for the 2018 cohort of the ONE Champions program in Nigeria. The two-year journey began with training and an induction which gave me the opportunity to learn more about ONE and their approaches towards making developmental and sustainable change in Nigeria.

I realised ONE was not only about teaching me what to do to make changes in my community but also to empower and strengthen the innovative ideas within me to cause radical positive change within my society. I am extremely passionate about health education especially for women and girls. I got involved with ONE because I believed they will help me build my skills to be able to double my efforts in impacting people’s lives; which they have and will continue to do.

Evie: As a secondary school student, I’ve had the opportunity to be heavily involved in the likes of Model United Nations. This has exposed me to major global problems from many conflicting perspectives. I have come to the conclusion that no matter what country we represent, our policies on equality and extreme poverty should be multilateral. I believe in achieving cooperation through young voices. Already an online member of ONE, I came across the Youth Ambassador programme. I was immediately drawn to the project and applied from there.

Ahmadou: I was selected as a ONE Champion in March 2019; thus, it has been 5 months now that I have been granted the honour of being one of the organisation’s volunteers, aiming to make a positive change in my community.

Want to get involved too? Join ONE and read the full series!