Every spring we look forward to something exciting: meeting our brand new cohort of ONE Youth Ambassadors! 2019 marks the 7th year we’ve run our YA programme and we’re thrilled to have 300+ enthusiastic and dedicated volunteers working with us to keep fighting extreme poverty this year.

To kick the year off, our volunteers gathered in Paris, Dublin, Rome, Amsterdam, Berlin, Brussels and London and hit the ground running. They’re already hearing back from their country leaders, speaking with their local media outlets, attending events and meeting with their representatives to fight for foreign aid and equality everywhere.

Keep reading below to find out what the incredible #ONEYouth19 have already accomplished! 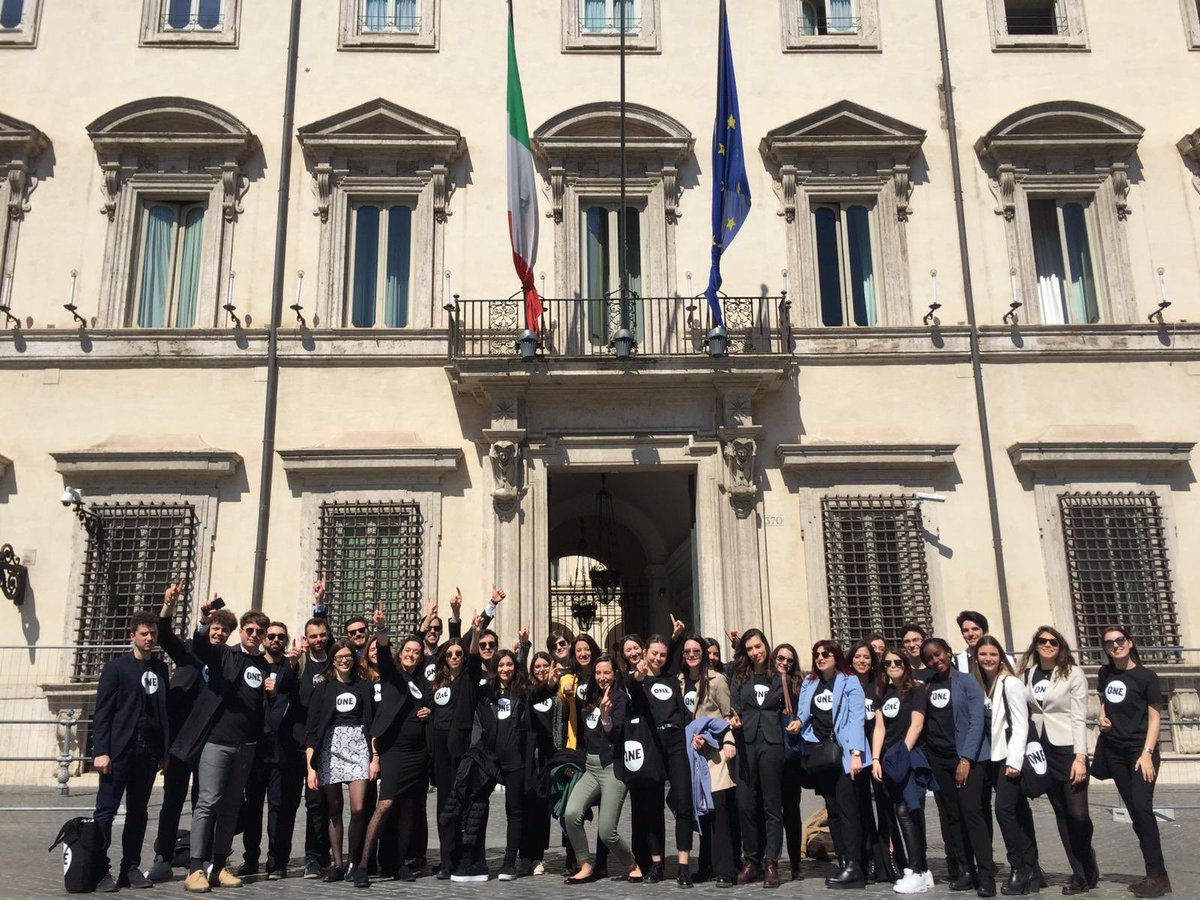 40 Italian YAs met in Rome to join ONE in doing all we can to raise awareness about the injustice of extreme poverty. After a full day of training and team building activities, this fantastic group went out to meet Italian policy makers under the Italian sun and the beauty of the city — yes, the Colosseum still never ceases to amaze us! They had the chance to have a fruitful discussion with the Prime Minister’s diplomatic advisor and G7 Sherpa, Piero Benassi, delivered 300+ postcards on the Multiannual Financial Framework campaign and talked about all they want the government to achieve in 2019. And guess what? The Prime Minister himself responded to our YAs with a very inspiring letter. This will push our YAs to pursue their fight against extreme poverty with even stronger determination, knowing that the Italian government is listening! 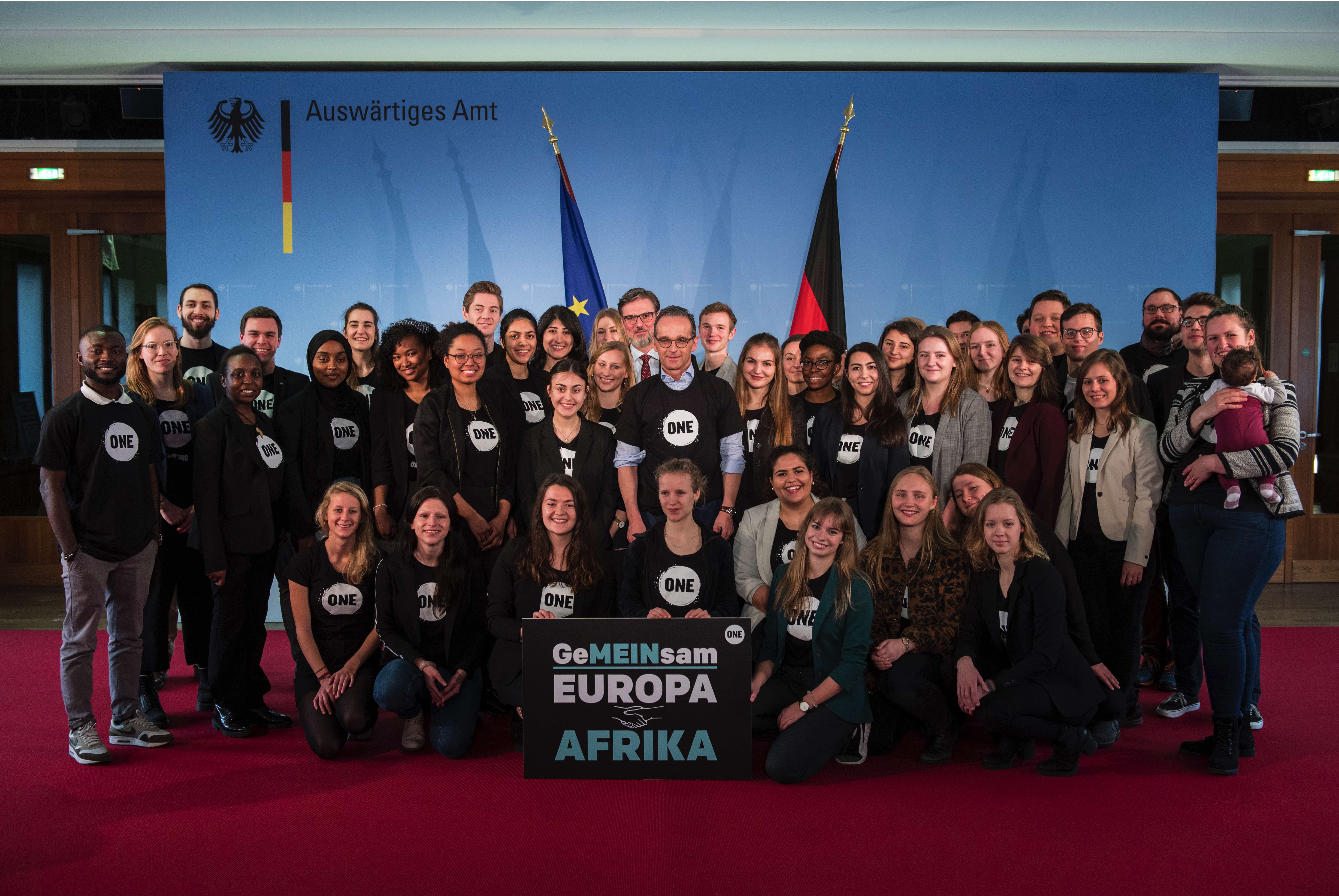 Team Germany welcomed our YAs for three exciting days in Berlin. To start, our 50 change-makers had the honour to receive the State Secretary of the Finance Ministry, Bettina Hagedorn. The following day, we met with the Foreign Minister, Heiko Mass, and discussed the global fight against extreme poverty. All in all, these were three days full of motivation, learning, sharing and mutual support in the fight against poverty. Our YA Nina summarised our mission best: “Convince political leaders: Africa’s challenges are Europe’s challenges.” 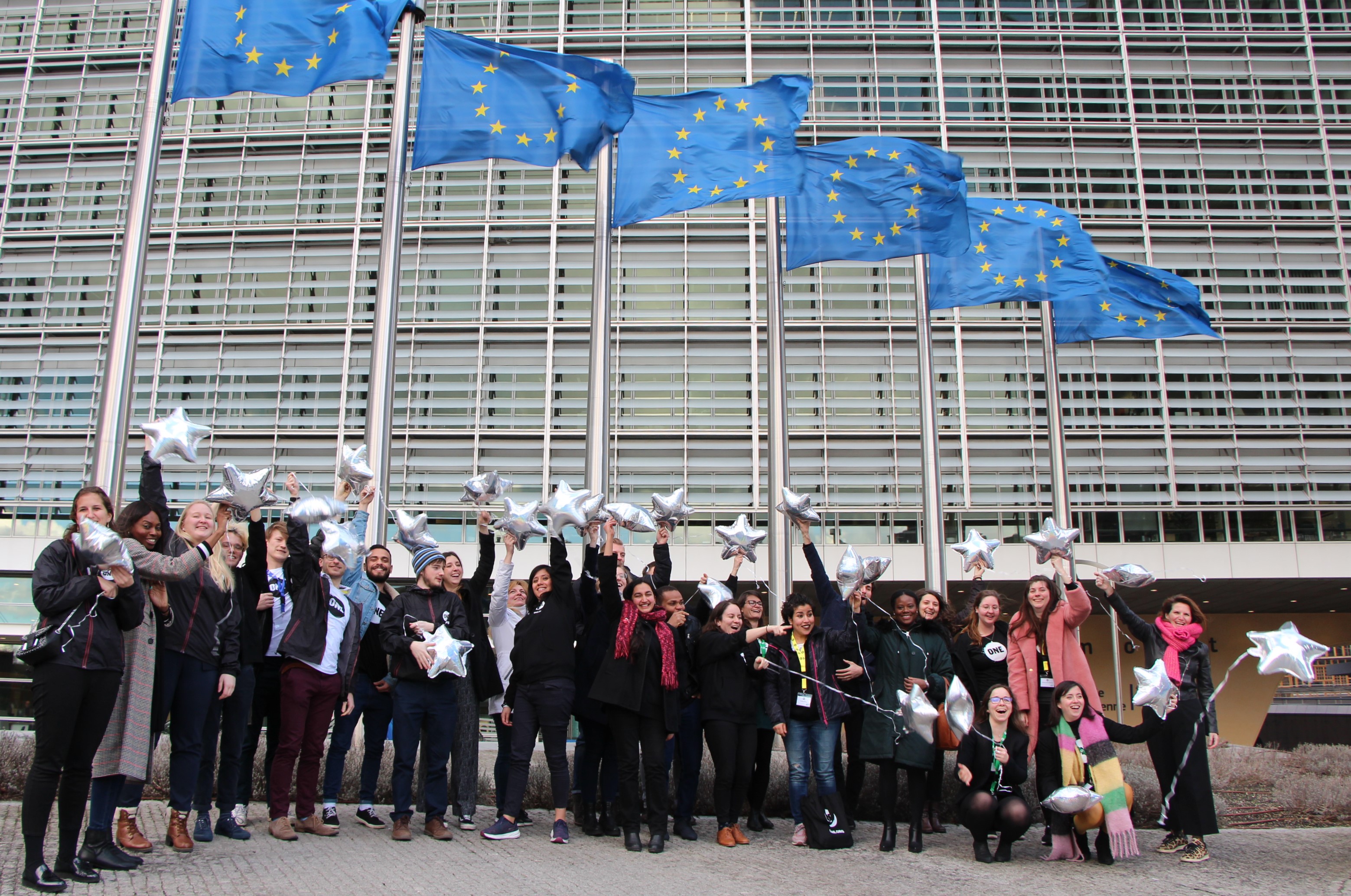 This year we welcomed 57 YAs — representing more than 24 different nationalities — to Brussels for an exciting and engaging launch! We also kicked off our ONE Vote 2019 campaign with stimulating discussions with MEPs Judith Sargentini, Arne Lietz and Linda McAvan on the importance of development aid, the EU’s commitments and future priorities. They also gave our YAs insider tips on how to successfully advocate politicians. Finally, the YAs were successful in their aim to have the MEPs sign our ONE Vote pledge, starting the campaign off on the right foot! 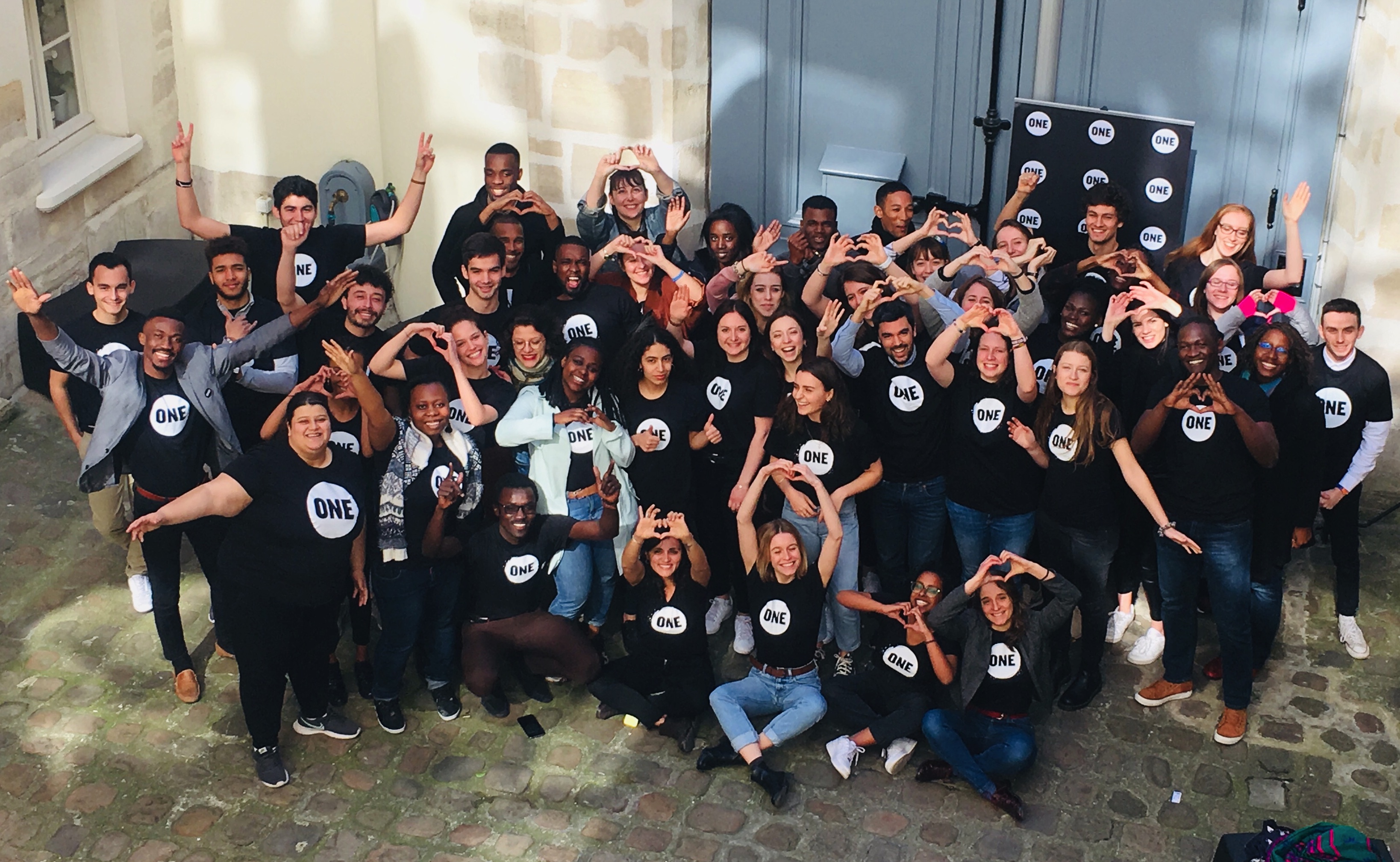 Team France welcomed 50 new YAs to Paris and got to meet an amazing, diverse group of people that are determined to make their voices heard. This year, our YAs are high-schoolers, college students, professors and computer scientists, to name a few. Plus they hail from Europe, Africa, and South America! At the launch, they learned all about the upcoming EU elections and our ONE Vote campaign, as well as the G7 Summit and Global Fund replenishment, both happening in France this year. Fully prepared and ready to rock, they had their first advocacy meeting with a MEP candidate from the Green Party who even gave them the opportunity to go to their headquarters where they could gather 10 signatures in total! The YAs in France also met with their 2019 godmother, Deborah François, a Belgian actress who signed our open letter in 2018 and 2019. They had a very open discussion around gender equality issues and how she could support them throughout the year. 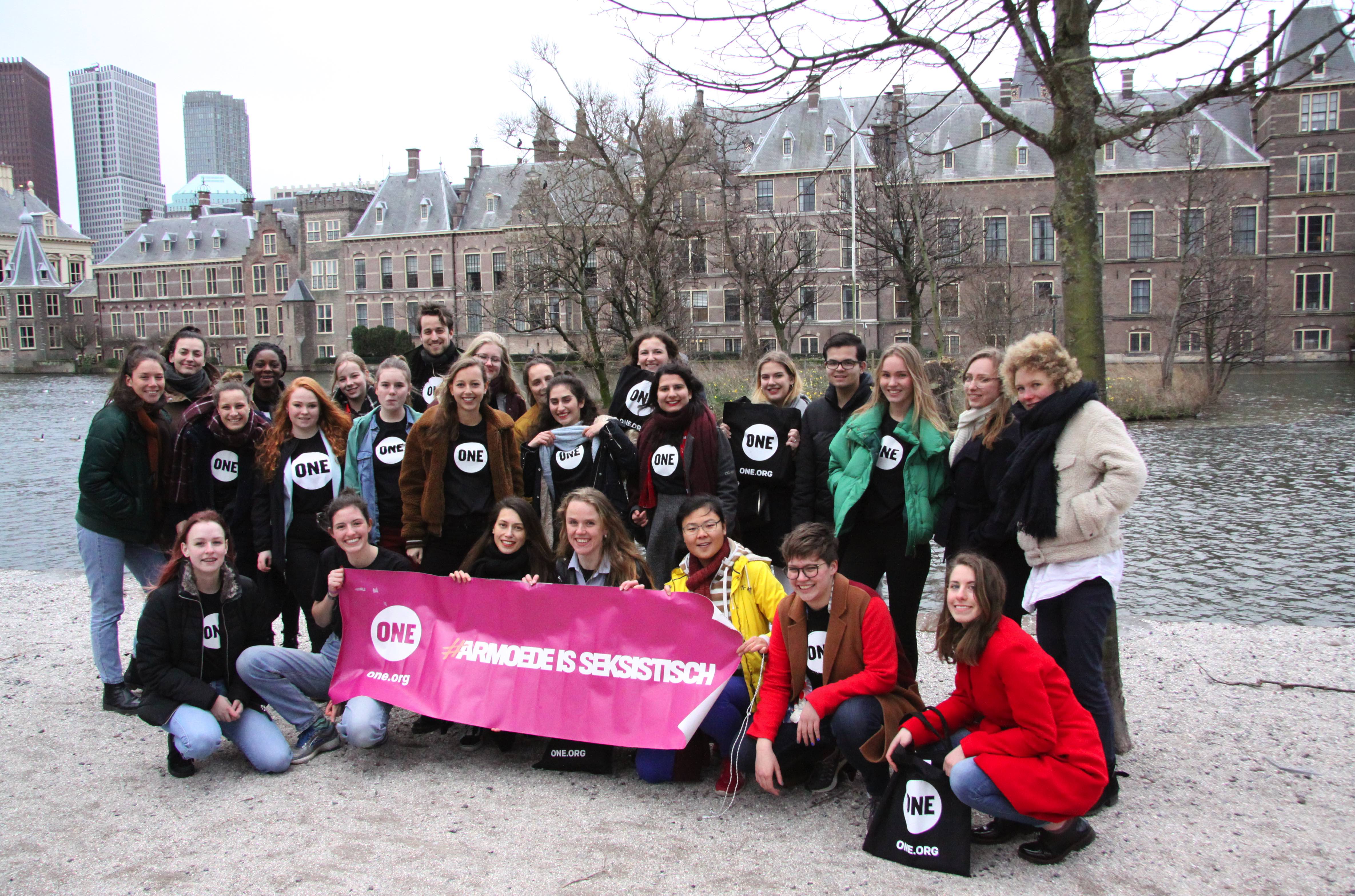 Our new Dutch YAs kicked off the year by getting the first ONE Vote pledge signer: MEP Kati Piri! They also hit the streets to collect signatures for our Open Letter to World Leaders, and enthusiastically brainstormed about other actions that they will take this year. There were many training sessions and fun team-building exercises which made the launch a wonderful start to the year! 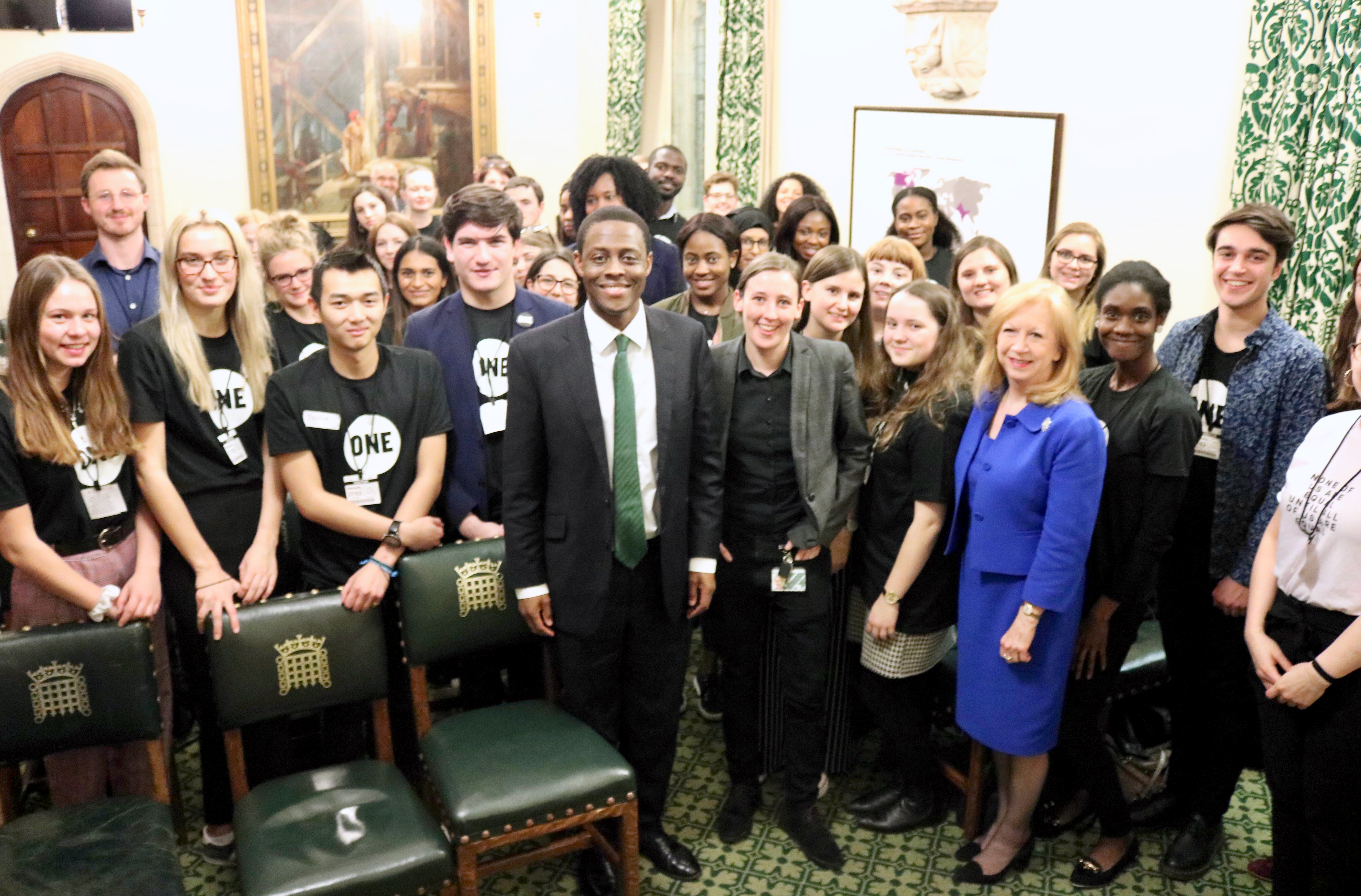 More than 50 Youth Ambassadors from across the UK joined us in London to launch our programme. Day 1 included campaigns training and a ‘how-to’ session from Francis Dearnley that gave our YAs the inside track on how to hold a successful meeting with your MP. The day ended with a meeting with MPs across varying political parties: Bim Afolami, the new DFID PPS, Dame Eleanor Laing, Deputy Speaker of the House, Dr. Paul Williams, a medic who previously worked in Uganda, and Mhairi Black, the youngest person to be elected to UK Parliament. On day 2, our YAs tried out their campaigning skills by gathering petition signatures for our Global Fund petition on the streets of London before rounding off the day with media and Twitter sessions.

Amazing 2 days with @ONEinIreland, training & meeting other youth ambassadors. Met some great people. Looking forward to the rest of the year! #ONEyouth19 pic.twitter.com/heIOXMBAdX

Our launch in Ireland — with just over 30 Youth Ambassadors — kicked off with an intense day of campaigns training! On the second day, our YAs were treated to a host of fantastic guest speakers. Craig Dwyer, a social media specialist, spoke about his work on the Yes Equality campaign and Laura Harmon from the National Women’s Council of Ireland (NWCI) shared her brilliant insights into how we can all help achieve gender equality. Senator Neale Richmond gave an enlightening look at how YAs can influence EU politics in the upcoming elections. Finally, Minister Katherine Zappone accepted a card filled with messages from ONE members showing their support for Ireland’s early (and 50% increased!) pledge to the Global Fund.

You don’t have to be a Youth Ambassador to get involved! Become a ONE Member by signing up here.