These young Tanzanians know what it is like to feel excluded because of an HIV diagnosis. Now, they’re countering stigma and misconceptions about living with HIV in their communities.

Amina Mohamedy was born with HIV, but her family didn’t tell her until her she was in high school. Upon finding out, she was faced with a tough decision: should she tell her classmates or keep quiet about it? At school, they had been taught that HIV was contracted during unprotected sex and now, Amina was concerned that the news would shatter her reputation. 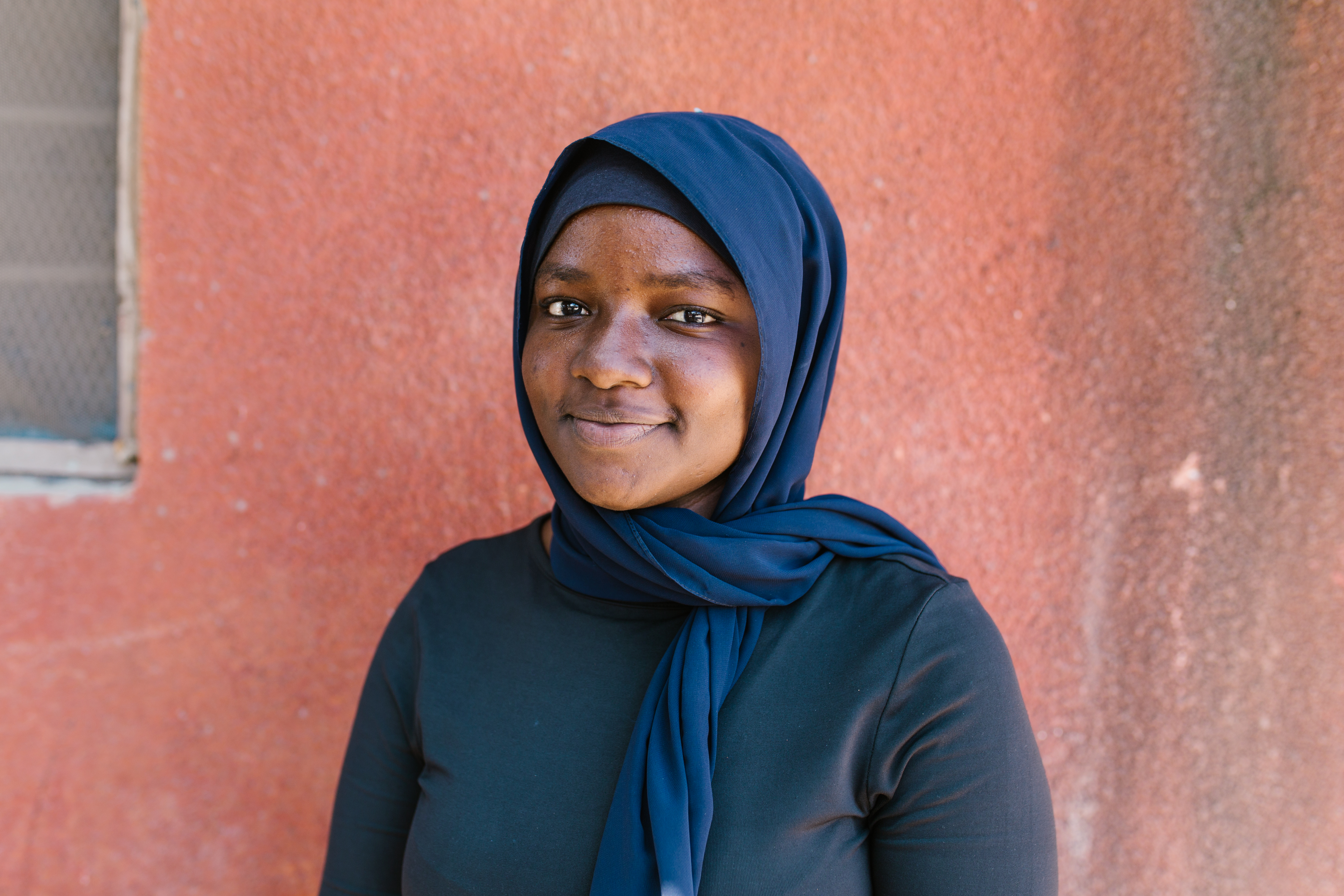 Amina decided she didn’t want to hide. “It was hard to tell them, but I had to because I want to help other young people with HIV. In order to help others, I must be open myself,” she says.

Despite her fears, Amina’s friends and fellow students were supportive and encouraged her to help other young Tanzanians living with HIV.

For the past three years, 22-year-old Amina has been helping tackle stigma in the community by reaching out to other young people living with HIV in Dar es Salaam. She’s part of the youth organisation Network of Young People Living with HIV and AIDS (NYP+), a volunteer team of 34 adolescents and young people aged 10 to 24 — the majority of whom are HIV-positive.

In the mornings, volunteers assemble in NYP+’s tiny office, almost hidden in a densely populated neighbourhood where sand whirls through the streets and the scorching sun makes people retreat to the shade. Nevertheless, Amina and her fellow volunteers prepare to journey out into the heat to visit health clinics throughout the city to talk to patients. 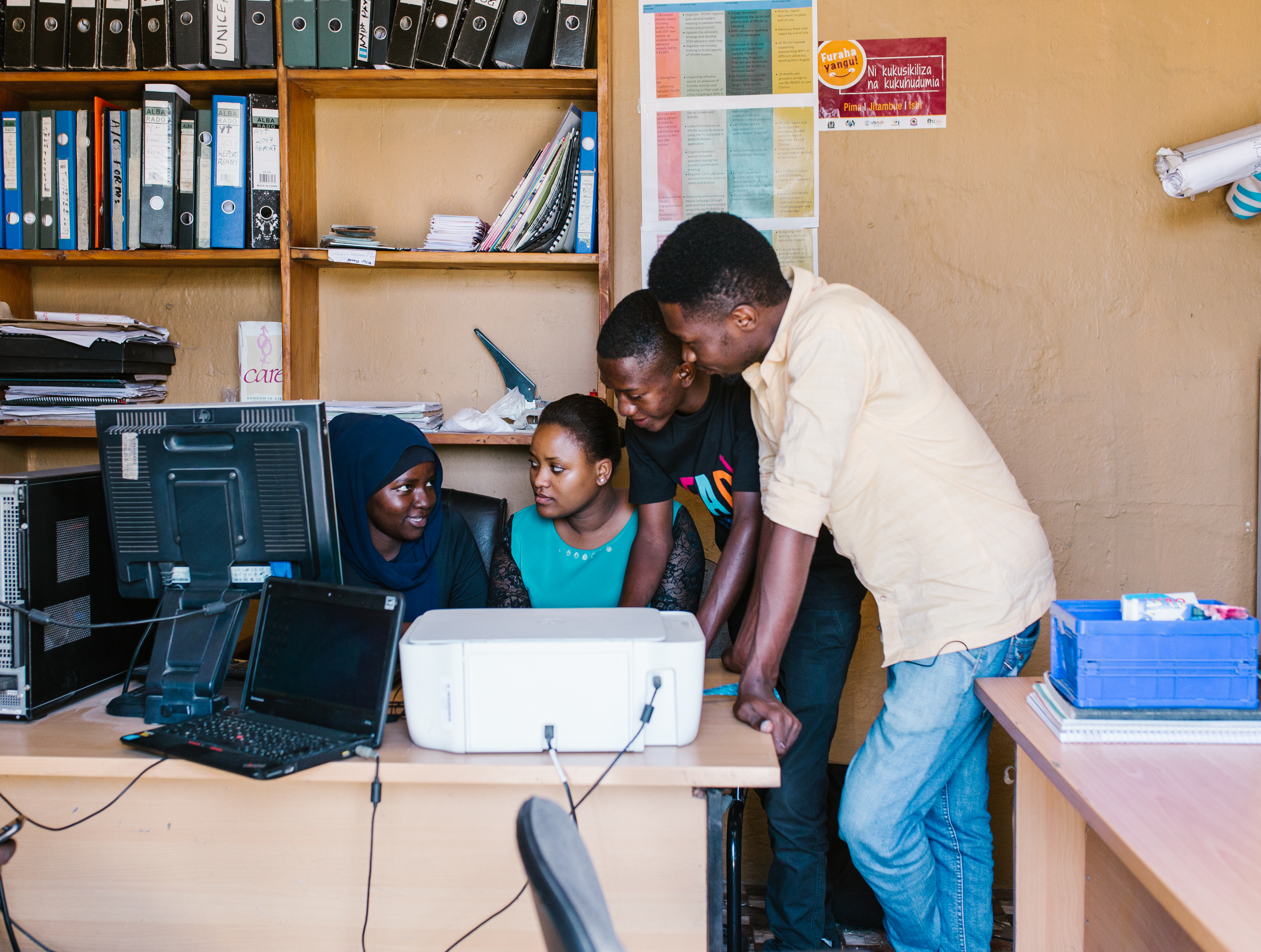 The volunteers fight stigma by helping young people living with HIV face their own insecurities and begin antiretroviral therapy. Local health workers often call them to assist with counselling as the young volunteers can communicate more openly with Dar es Salaam’s youth.

“We know the kind of difficulties that young people face, and it makes it easier for us to help them,” says Amina, who is currently volunteering as the organisation’s secretary. 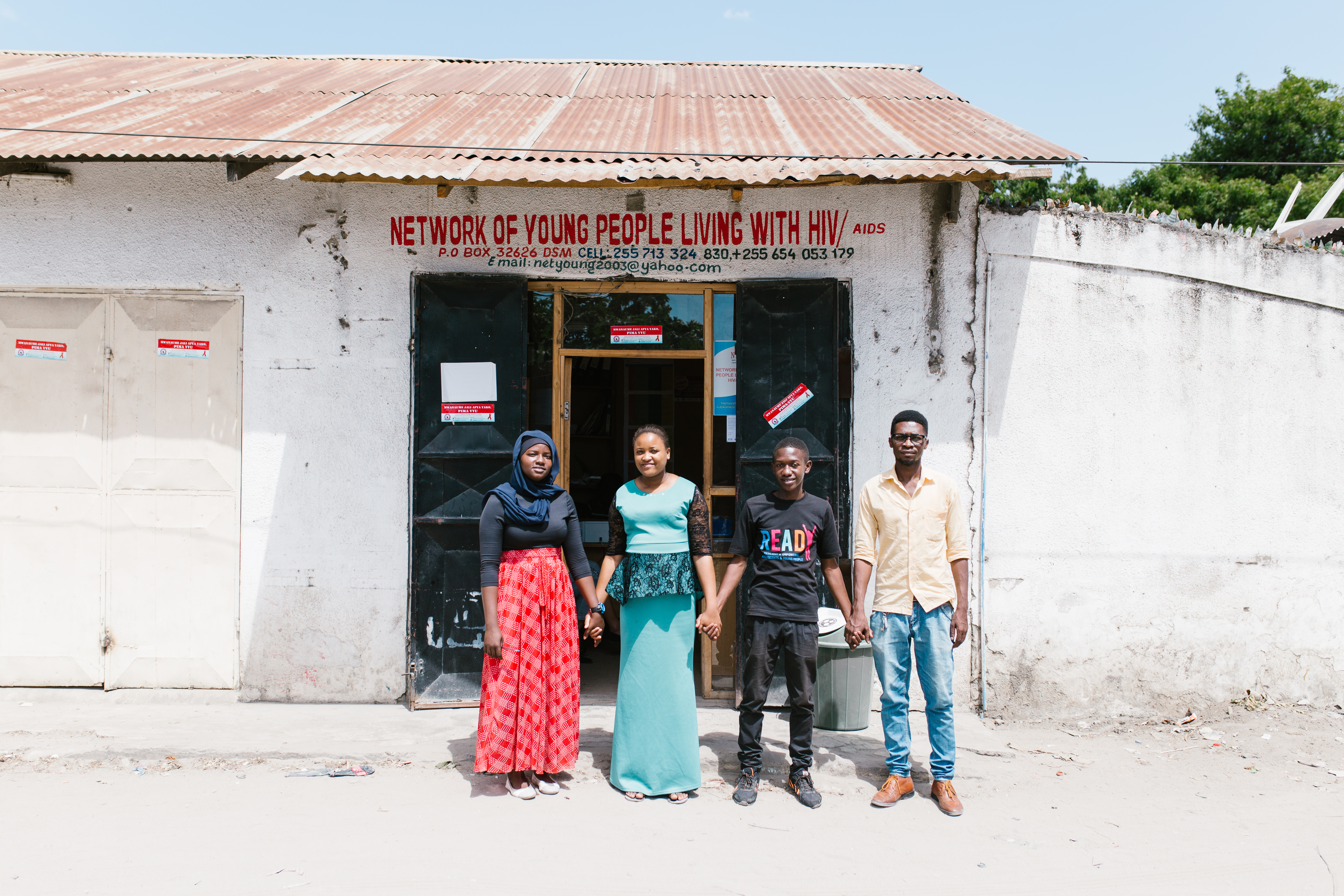 According to UNICEF, adolescents and young people represent a growing share of people living with HIV globally, and new infections continue as few adolescents go for HIV testing to learn their status. Countries in Eastern and Southern Africa are most affected by HIV, and recent data shows that only 19 percent of adolescent girls (ages 15-19) and 14 percent of adolescent boys (ages 15-19) in this region have been tested for HIV and received their results during the past year.

By reaching out to young people diagnosed with HIV at the clinics and later meeting with them in their homes, more adolescents and young people have gone for check-ups and have started treatment, Amina says.

When Amiri — another volunteer with NYP+ who works in the outreach team — discovered that he was HIV positive as a 14-year-old, he began to fear that his entire community and friends would turn their backs on him. He most of all wanted to hide. 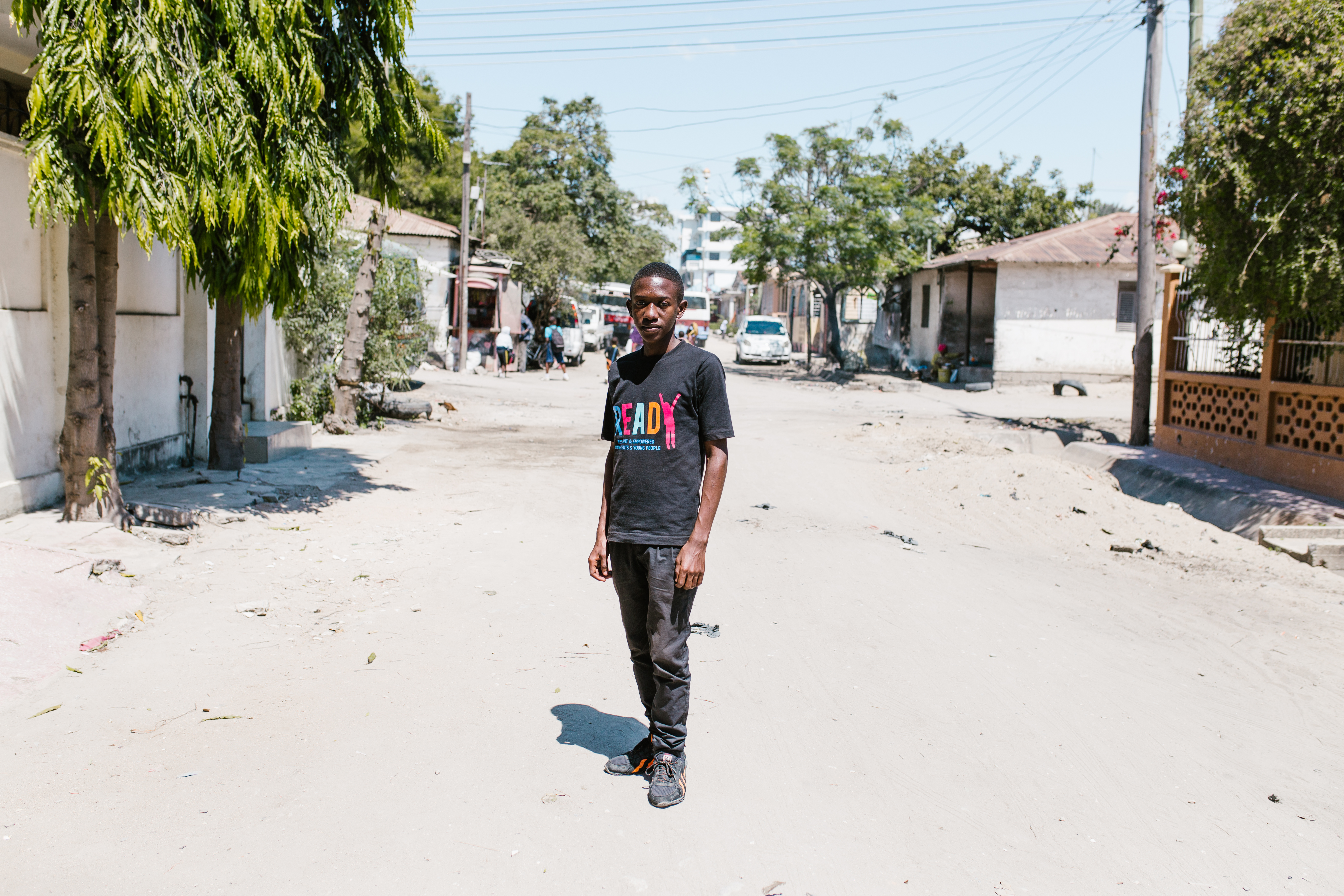 “It was very difficult to deal with as a teenager. Young people are ashamed of being HIV positive, and they are afraid to be discriminated [against] if they are open about it. So, keep it a secret is a common thing,” he says.

Apart from a small amount of compensation to cover their transport, members of the network work for free — but to Amiri the social gains far outweigh the personal workload. Working with fellow young people to educate his community gives him a sense of purpose. He dreams of living in a society where an HIV diagnosis is not seen as a hindrance to a good life.

And joining NYP+ hasn’t just helped Amiri transform other people’s lives, it has transformed his life as well. “I didn’t know the reason for taking medicine,” explains Amiri. He had been previously unaware that antiretroviral therapy can grant you a healthy and near-normal life. “Now that I am using it, I have more energy,” he says.

Despite his progress, Amiri is still wary of sharing his status more widely with his community. But, he can be frank with his family and his fellow volunteers. “I can speak to them without fear,” he says.

Amina agrees. She doesn’t believe the wicked rumours she overheard at a young age that HIV is a death sentence.

“I don’t think HIV will make you die fast. Look at me — I am now 22 years old and healthy,” she says and smiles out towards the street as she prepares for her day helping others overcome HIV stigma.

In 2020, we’re going to be keeping up the fight for good global health everywhere. Join us.