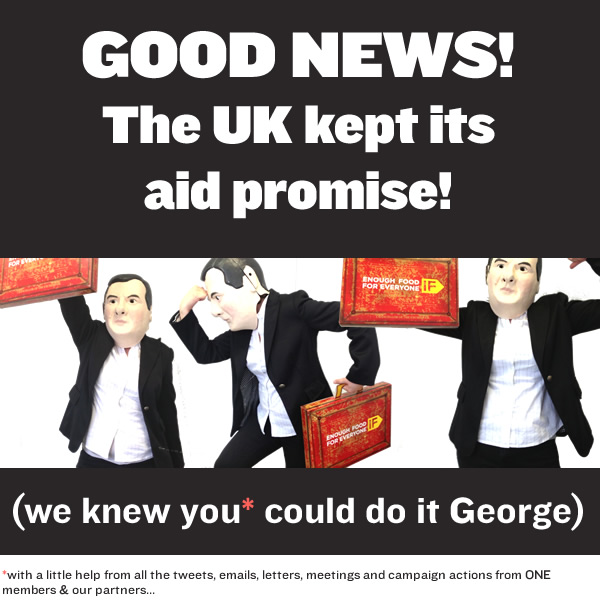 We’ve just seen the Chancellor keep the UK’s aid promise in his Budget speech, meaning that the UK will now hit the UN’s long-held target of spending just 0.7% of national income on aid. Congratulations!

This wouldn’t be possible without ONE members. Thank you.

Within just 17 days, 9,258 ONE members in the UK sent a letter to their MP, asking them to do all they could to urge the Chancellor to keep the aid promise. They held meetings with MPs up and down the country – from South Shields to Brentford – and they listened.

Not only that, but hundreds of supporters from many different organisations dressed up as George Osborne to make a splash in Westminster on the eve of the Budget.

But before the Chancellor sat down, critics were already talking down today’s massive achievement. Our work isn’t done yet. In tough times, it’s not always easy to picture just how hard things are for those living in extreme poverty, and we should be so proud today of our part in making this happen.