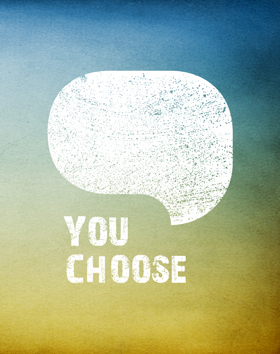 As the current Millennium Development Goals meet their goal-line in 2015, it’s more important than ever to ensure the world’s poorest people have a say in the development of the next set of goals to eradicate extreme poverty.

To this end, ONE launched the pilot You Choose campaign in South Africa, Malawi and Zambia, as a contribution and complementary to the United Nations MY World effort.

Working with more than 20 NGO, faith and private sector partners across Africa, together with some of the continents best-known celebrities including Hugh Masekela, D’banj, Benni McCarthy and Chris Katongo, we are urging people to join the fight against extreme poverty and send their views on what issues matter most to them.

And as the UN High Level Panel meets this week in Bali, we have published our preliminary findings based on the early stages of the campaign.

Our interim results show that more than 130,000 citizens have offered valid responses in the three target countries.

Check out the ONE blog in the coming weeks for more news on the campaign, which runs until the end of April.