This guest post was written by Italian ONE Youth Ambassador Alumna Elisabetta Colombo. 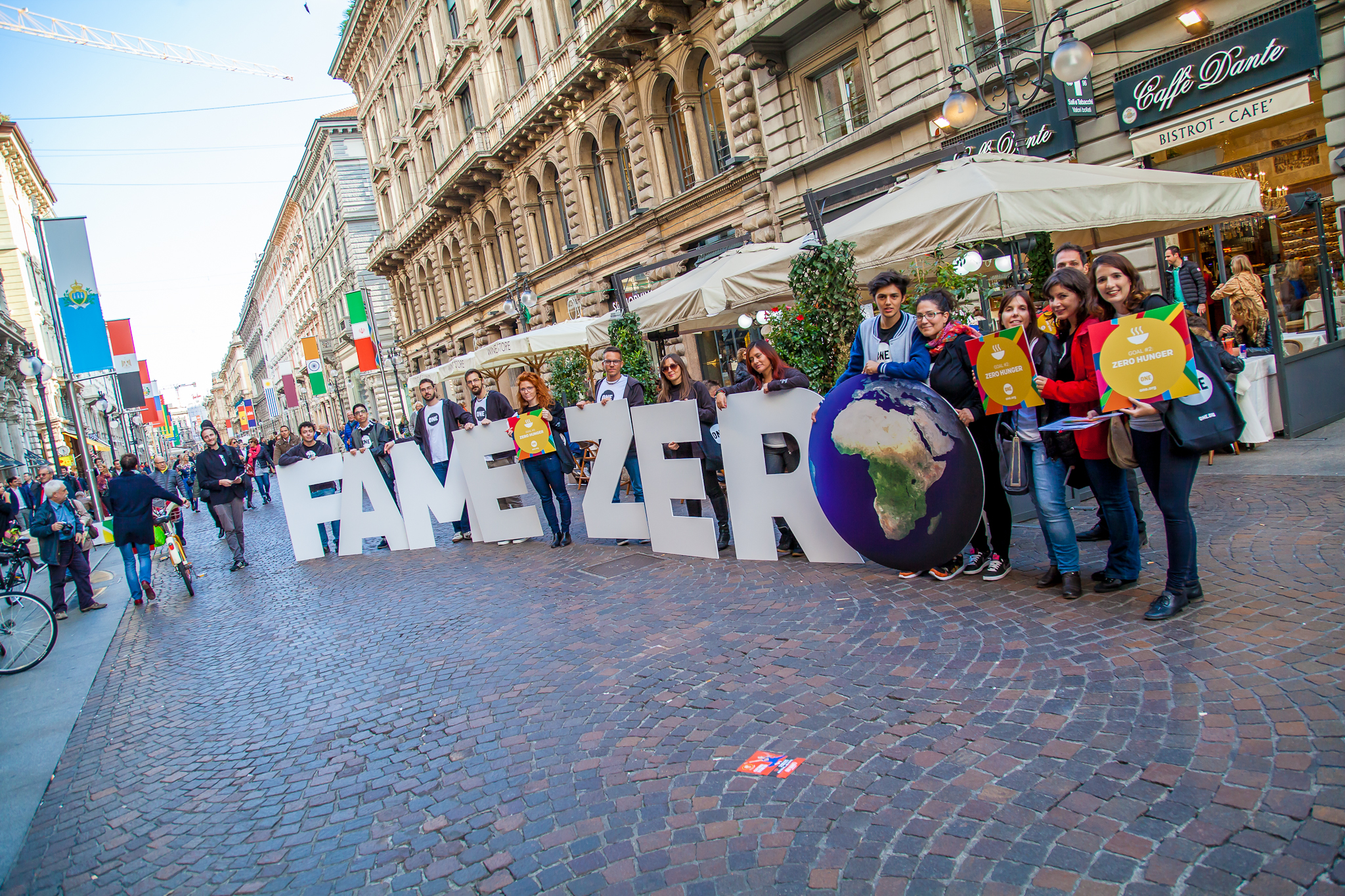 Youth Ambassadors on the streets of Milan. Photo: ONE

After a year full of events, media hits, and meetings with politicians, Youth Ambassadors from all over Italy got together in Milan on World Food Day to spread a clear message: we need to achieve Zero Hunger by 2030!

Am I joking? Zero Hunger by 2030?! Absolutely not! Youth Ambassadors walked across Milan city centre holding big letters with a message “Fame Zero”. It means “Zero Hunger” in Italian. We stood as ONE, raising public awareness and asking leaders to prioritise ending hunger and building a world where – as Nelson Mandela said – poverty will be history.

Zero Hunger is the second of 17 Global Goals that were adopted by the UN in September that must be achieved by 2030. In the magnificent Duomo square in Milan, a crowd of people from all over the world decided to have their say and show their support in order to achieve the Zero Hunger goal. During the stunt, we also met Livia Pomodoro, President of the Milan Centre for Food Law and Policy. Her words on the important role young people play in changing our world were very inspiring!

The following day, on the International Day for the Eradication of Poverty, a group of Youth Ambassadors gave a speech at the Speaker’s Corner at EXPO: we talked about the new Global Goals, asked questions to the audience and played the Strong Girl song in order to emphasise the important role that women play to fight extreme poverty.

Thanks to the Ministry of Foreign Affairs and International Cooperation and the Cocoa and Chocolate Cluster, we had another big chance to spread our message: make the No Poverty and Zero Hunger goals a reality!

Although the Youth Ambassador programme has come to an end for 2015, the fight against poverty is not over. Young people need to be at the heart of this fight because if we stand as ONE, we have the power to put an end to extreme poverty and hunger.

Join us in this fight and stand as ONE. Get involved & take action at ONE.org/globalgoals!