I love election time. For me, the excitement of election night is a cross between the Oscars (for the speeches), the Olympics (for the prizes) and a bit of the X-factor (for the emotion).

Just as at the Olympics athletes are rewarded for incredible skill, dedication and hard-work; so too on election night politicians are either recognised for outstanding public service, or they fail to convince the electorate that they deserve to continue in their jobs. And like the Olympics, individual outcomes might be unfair; good athletes get injured and good MPs can lose their seats through tactical voting, or on an anti-party wave. However, this accountability (however imperfect) is what makes elections so important. 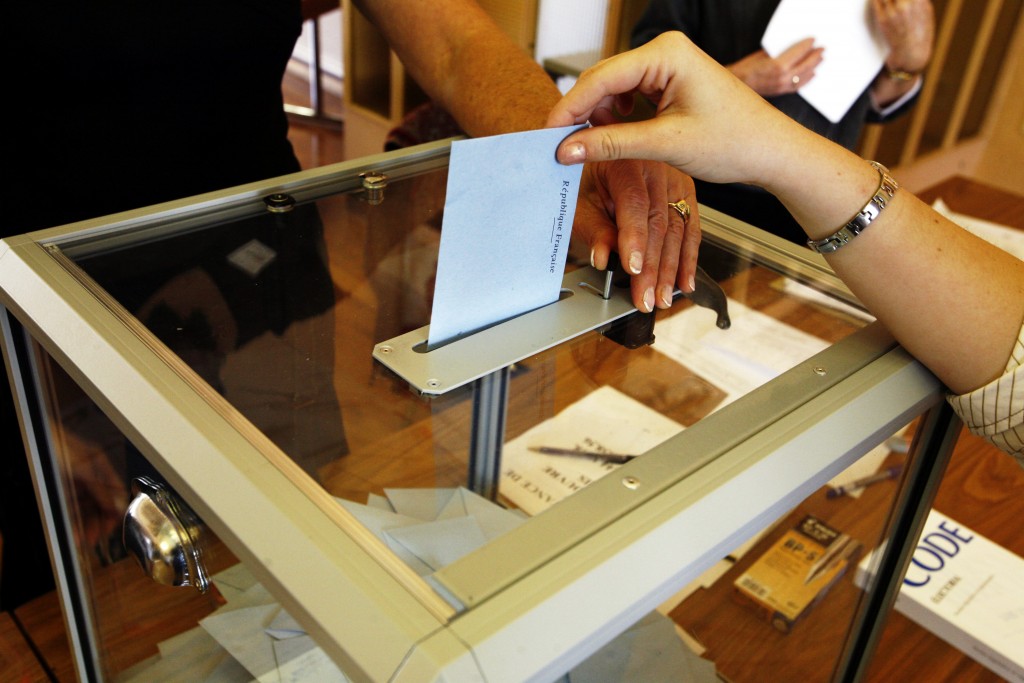 Here at ONE, we like to go big at election time because they are among the best opportunities to make progress on our issues. We need to sustain the current political consensus on development issues and to reach a new generation of MPs who can speak up for development.

To do this, we are launching our Just Say Yes campaign to convince as many Prospective Parliamentary Candidates (PPCs) as we possibly can to say ‘yes’ to playing their part in ending extreme poverty and preventable disease in Africa, and to ensure that most lifesaving UK aid reaches those who have the least.

Through our Just Say Yes campaign, ONE members and Youth Ambassadors from across the country will write, email, tweet and meet PPCs to explain the reasons they campaign to end extreme poverty, and the reasons PPCs should also pledge to do their part. When the new Parliament meets after the election, we hope the majority of the new MPs will have signed our pledge. 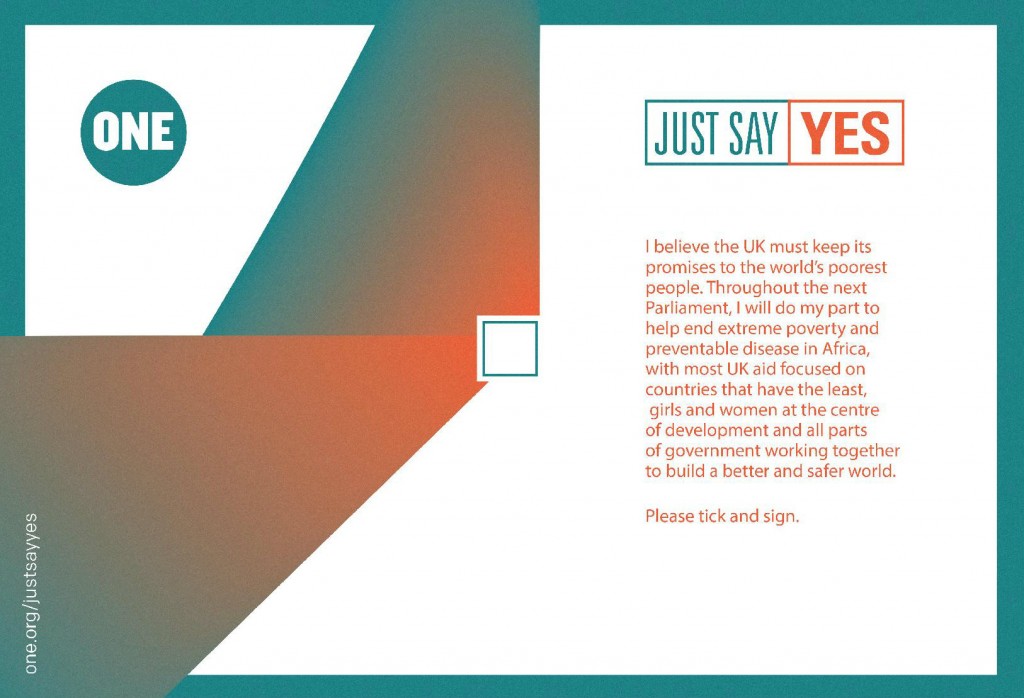 Along with us Brits, African citizens in a dozen countries will also go to the polls this year to elect their political leaders. These elections are also opportunities; the policy and spending decisions that these new governments take will be crucial in the fight to end extreme poverty by 2030.

We are calling for new governments and new parliaments around the world to put women and girls at the heart of the new development agenda, by tackling gender inequality and investing in policies that will unleash their potential.

Like many, I also hope for free and fair elections in which all citizens – including women – can fully participate. Elections are a time when I’m reminded of the people who fought and died for their right to give their judgement on their political leaders. From the suffragettes in the UK and civil rights activists in the USA, to the hundreds of thousands of young people who took to the streets in the Arab Spring in defiance of authoritative regimes; when I see the efforts that people are willing to go through to defend the right to cast a vote, I remember never to take my vote for granted.

If you’re not registered to vote yet – you totally should! 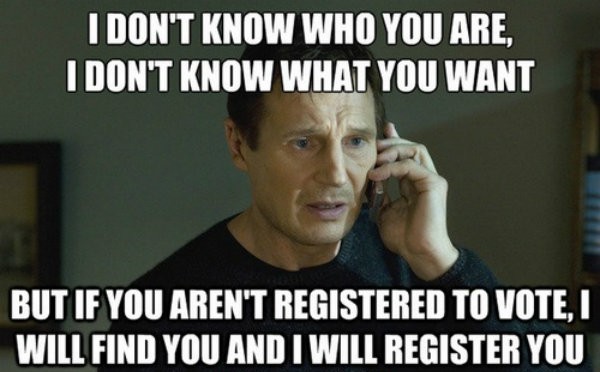 Let’s challenge the cynicism and the apathy. The elections in 2015 are the moments when it’s even more important to raise our voices and insist that we are heard.

We hope you’ll join us in convincing election candidates to Just Say Yes.