By Elise Legault and Megan O’Donnell

The G7 Summit. Leaders from some of the world’s most advanced economies meeting once a year, discussing the fate of the world. Can anything of substance happen at these gatherings, beyond some schmoozing, a communiqué and a few nice photo-ops? We believe so – that is if world leaders are willing to move past words and take action.

The 2018 G7 Summit will take place in the Charlevoix region of Canada, on June 8th and 9th. This year, the Summit is an unprecedented opportunity to advance gender equality and women’s economic empowerment. Why? Because Canada has adopted a feminist international assistance policy and has pledged to put gender equality at the heart of the G7 agenda. If these nice words are matched with concrete actions and an ambitious financial commitment, the impact could be huge and long-lasting. This is why ONE is urging Canada to launch a bold new initiative that could empower more than 100 million women worldwide.

We are asking for this because it is vitally important. Poverty is sexist – girls and women in the world’s poorest countries are being held back from realising their full potential. They are fighting for an equal chance to learn, earn money, and control their finances. 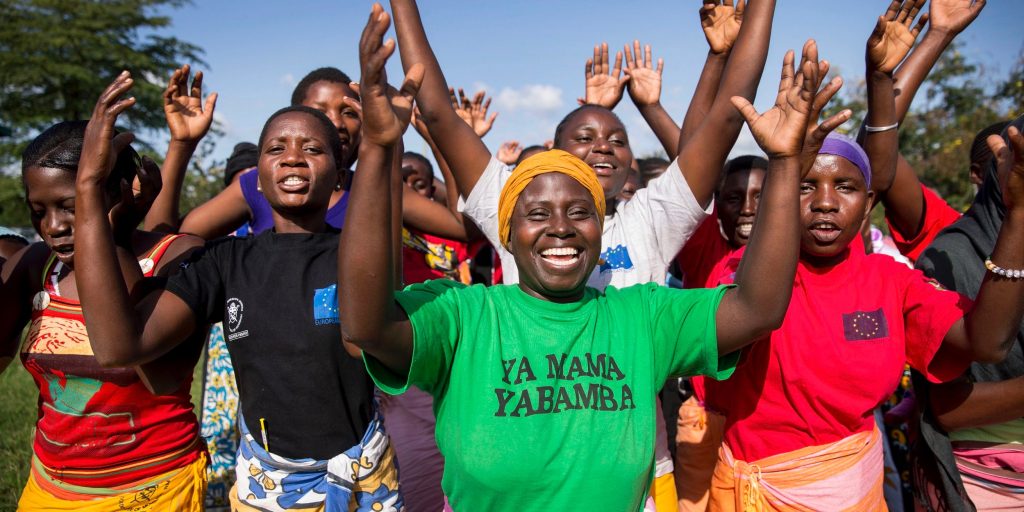 Images via Images of Empowerment

Empowering women is beneficial to everyone. If every woman could unlock her own potential to work, earn and invest in the future, the impact would be revolutionary. Women would have more freedom and control over their own lives and would be able to spend more on the health and education of their children, so future generations and entire communities would benefit. If all gender gaps in work and society were closed, it would boost the global economy by an incredible US $28 trillion.

We think that to have a real impact, the partnership should bring together donors, the private sector, civil society, and developing country governments to make financial and policy commitments, and hold each other accountable to achieve results. The way the Open Government Partnership works could provide great inspiration for this new initiative.

The focus of the initiative could include investments proven to improve women’s economic opportunities and outcomes, such as access to formal financial services, land tenure security, local and global markets, and quality education and training. The mechanism would also be flexible enough to allow for investments in a broader range of areas – from infrastructure that lessens unpaid care work burdens to programs that work to decrease gender-based violence.

All these ideas need to be backed up by funds. The last time Canada hosted the G8 Summit in 2010, it launched the Muskoka Initiative on Maternal, Newborn and Child Health, committing US$2.4 billion over five years, and encouraging other donors to join to reach more than $6 billion for the initiative. With a similar commitment this time around, more than 100 million women worldwide could be given access to the resources and opportunities they need to learn, earn, invest and reach their full potential. Let’s make sure Prime Minister Trudeau and his G7 peers can at least match the ambition of the last Summit held in Canada, and show that actions speak louder than words.