This month’s Fortune magazine lists the 50 greatest world leaders—and sitting right at number 14 on the list is ONE and (RED) cofounder Bono! In the profile by Ellen McGirt, Bono talks about AIDS, hunger, global poverty—and how ONE and its members are fighting them all.

Here are three reasons we LOVE this article: 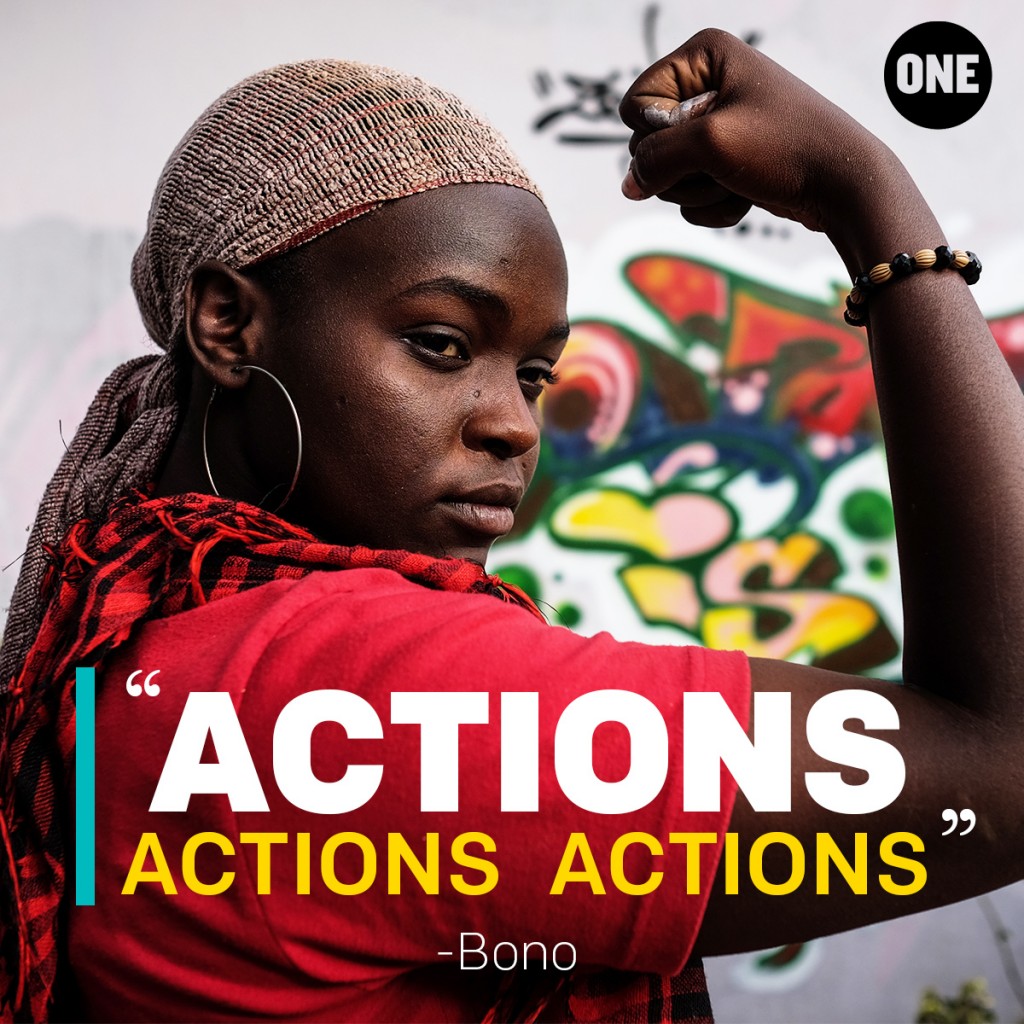 1. “Actions, actions, actions. It’s about being useful, and that’s what I want to be.” In the profile, Bono talks about his motivations for fighting global poverty and his inspirations for helping to cofound ONE with Jamie Drummond, Lucy Matthew, and Bobby Shriver. Bono mentions his faith as well as his Irish sensibility and sense of history as big reasons he’s drawn to development work. 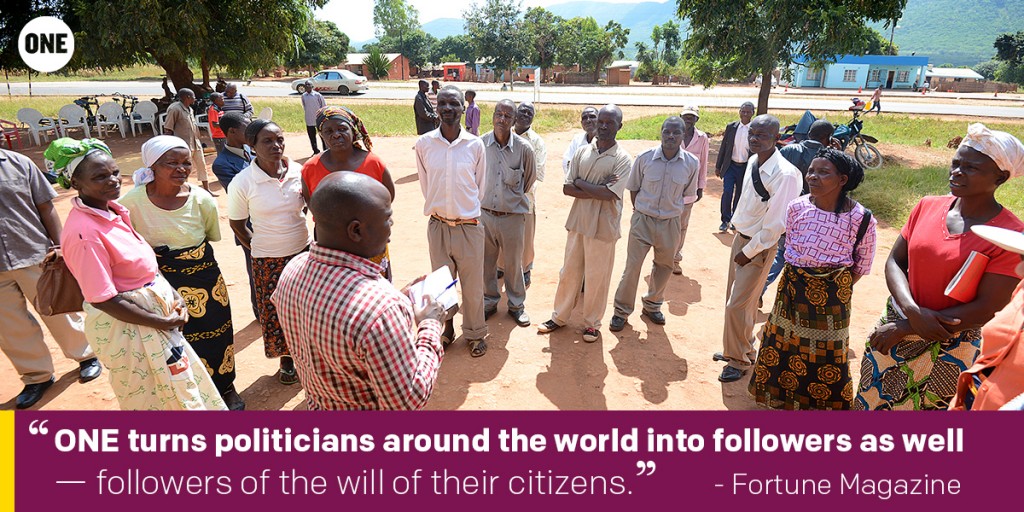 2. How we do what we do: The Fortune article so elegantly describes what we do here at ONE. We pressure governments to do more to fight AIDS and other preventable, treatable diseases in the poorest places on the planet, to empower small-holder farmers, to expand access to energy, and to combat corruption so governments are accountable to their citizens. We’re strictly non-partisan, which allows us to educate and lobby people in all parts of governments to shape policy solutions that can save and improve millions of lives!

The article also talks about (RED), which recently celebrated its tenth anniversary! By partnering with major brands like Apple, Bank of America, and Starbucks, (RED) has raised more than $350 million for the Global Fund to Fight AIDS, TB, and Malaria. Amazing! 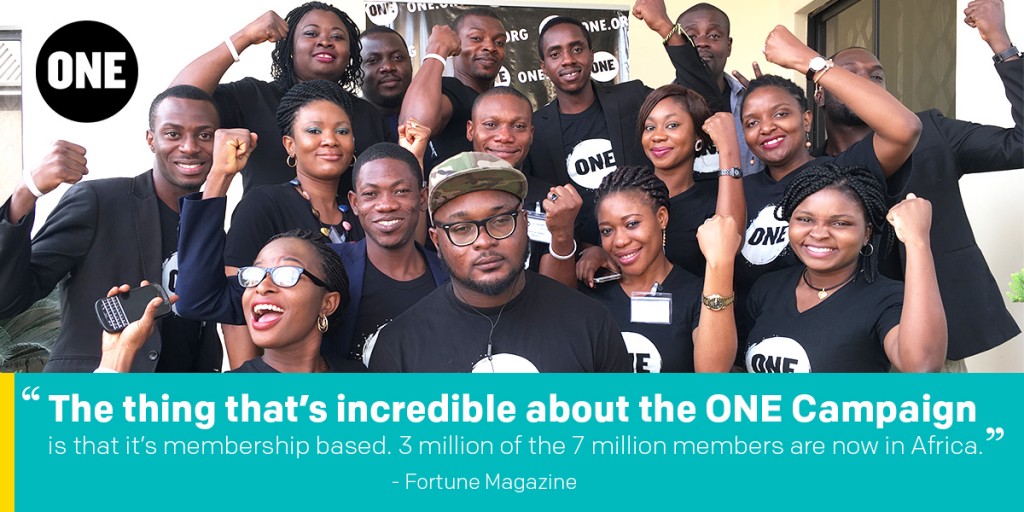 3. The biggest reason we LOVE this article is that it shines a spotlight on our incredible members! “For the past 10 years these volunteers have faxed, called, written, tweeted, and visited lawmakers to deliver on their funding commitments.” That’s 100 percent true, and we couldn’t be prouder! ONE members make all the difference when it comes to enacting change—and we’re not the only people who have noticed: “‘There is nothing quite like them on the Hill,’ says Sen. Chris Coons of Delaware. ‘They come every year. They’re polite, prepared, and persistent.'”

The profile also mentions our 3 million ONE members in Africa—by far our fastest growing continent when it comes to volunteers. Our members come from every walk of life and from across the political spectrum. Best of all, they take action day in, day out—organising, mobilising, educating, and advocating so that people will have the chance not just to survive, but to thrive.

Want to be one of those difference-makers? Join ONE‘s 7 million members worldwide in the fight against extreme poverty and preventable disease!