Stories and photos courtesy of MiracleFeet.

Young girls with disabilities in Africa are a population that’s vulnerable to physical abuse, sexual violence, sexually transmitted diseases, unwanted pregnancy, and lack of education. Girls and women with disabilities are seldom involved in mainstream education or sexual health campaigns and are often left isolated at home during the day.

Clubfoot, a birth defect causing the feet to turn inward and upward, is one of the leading cause of physical disability in the world if left untreated. It is estimated that more than a million children are living with this disability worldwide. 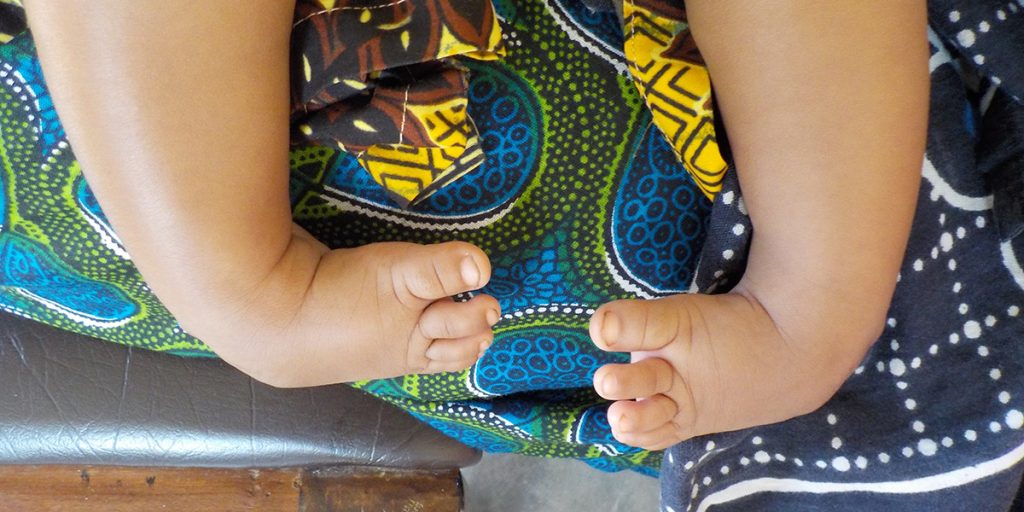 Treating clubfoot in young girls results in more than just mobility; proper care provides security and opportunity for the future. Perhaps just as important, being able to walk means being able to attend school.

Princess is one example of a young girl overcoming this disability. She received clubfoot treatment as well as a scholarship at a Liberian clinic that’s supported by MiracleFeet, an organization that was recently profiled in The New York Times. Princess is six years old and will be in first grade next year. 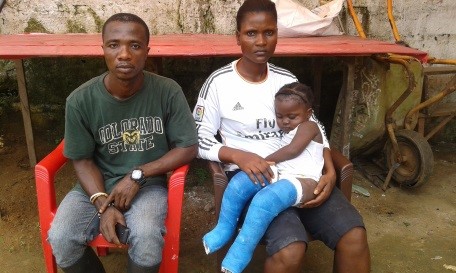 Princess in casts, a step in the treatment process of clubfoot. (Photo credit: MiracleFeet)

“I like learning,” says Princess. She wants to be a nurse when she grows up.

Stories like hers are why MiracleFeet partners with the Faith Clinical Orthopedic Rehabilitation Center (FACORC) in Liberia — Princess was one of FACORC’s first patients in Bong County two years ago.

Another triumph can be found all the way across the continent, in the countryside of Madagascar. In February 2016, a farming family welcomed their second daughter, Sania. The doctor who delivered Sania noticed that her left foot was turned in, and identified the condition as clubfoot.

“I was worried and I cried when I saw that her foot was not normal,” says Sania’s mother, Lienne. “I was afraid that she would never receive treatment.” 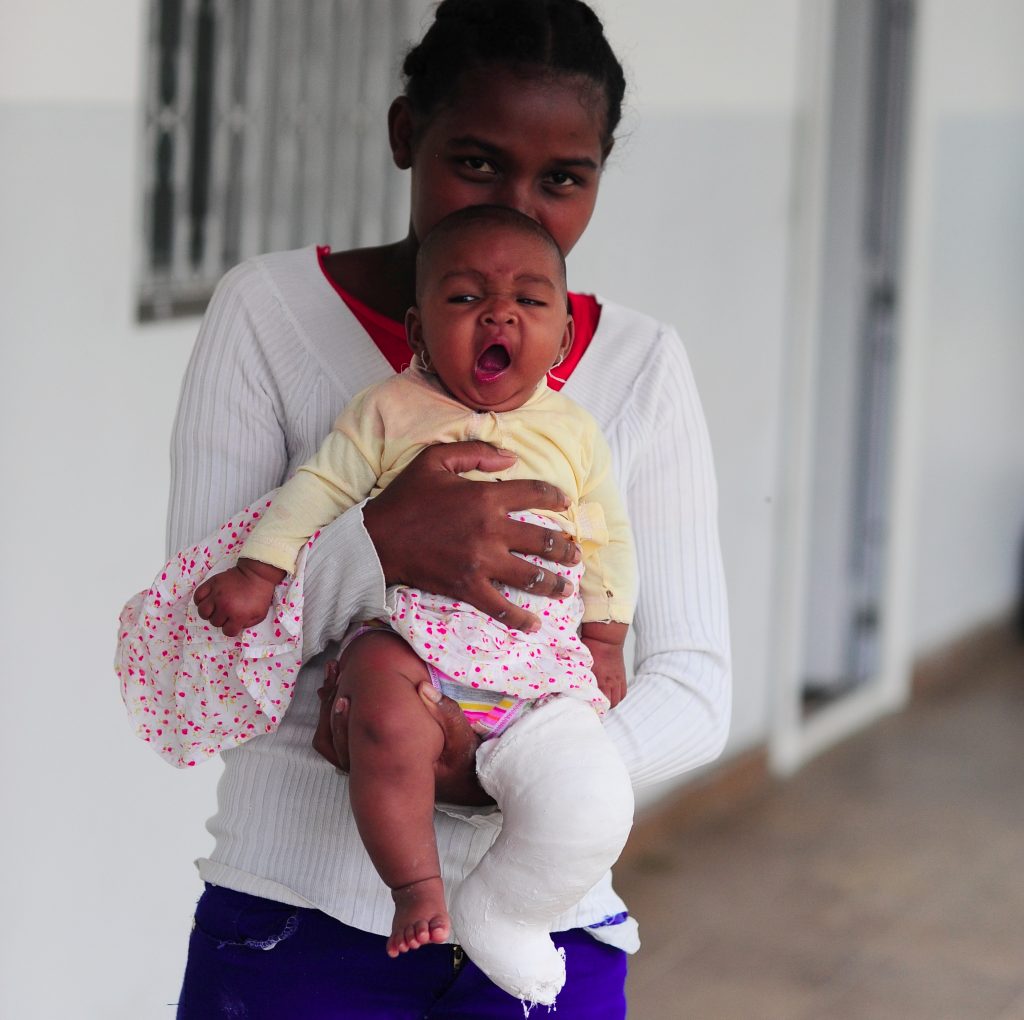 Fortunately, a neighbour informed Lienne that treatment was available for free at the public hospital near their home, Centre Hospitalier Universitaire Toamasina (CHUT). So when Sania was two months old, her family made the journey into Toamasina — a three-hour trip by foot, followed by three hours in a taxi-brousse, or minibus.

Treatment began immediately. After four plaster casts to gradually straighten her foot, Sania was ready for a tenotomy (a simple outpatient procedure to relieve the tight Achilles tendon) in early May. She is now out of her casts and just wears a brace at night to maintain the corrected position.

Lienne looks forward to a changed future for her daughter, and plans for Sania to attend school in a couple of years, just like her 9-year-old sister. 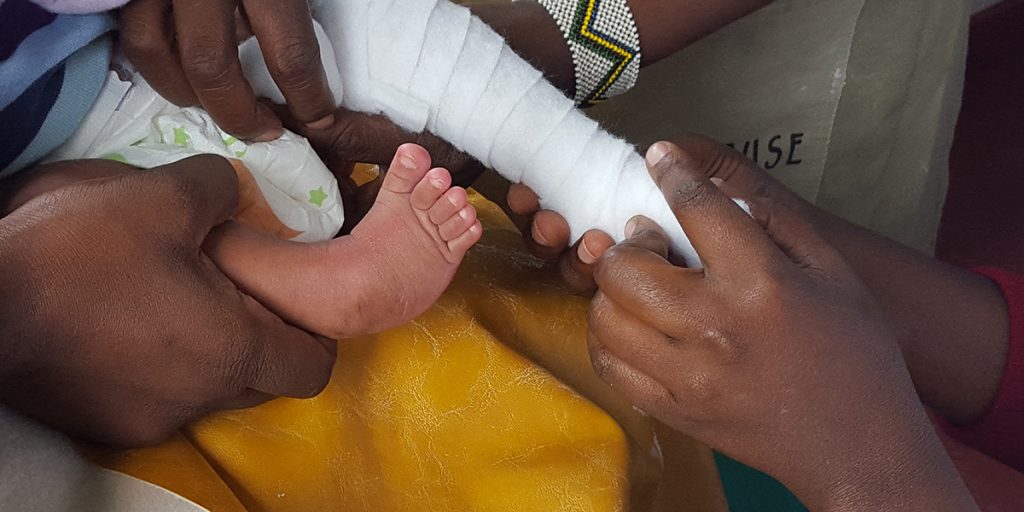 A nurse begins to treat a baby with clubfoot. (Photo source: MiracleFeet)

MiracleFeet has partnered with over 150 clinics in 21 different countries. For the children in these countries, proper treatment of clubfoot has far-reaching benefits, including reducing the chances of living a life of poverty. And in the case of girls living in some of the world’s poorest areas, treating clubfoot can remove an additional barrier to getting a quality education.