The Panama Papers, the LuxLeaks and now the Russian Laundromat. Yet again, a scandal reveals the complex web of secrecy that facilitates corruption around the world and jeopardises the fight against extreme poverty. And yet again, anonymous shell companies play a prominent role by hiding the identity of the true owners and beneficiaries behind these shady practices.

The recently exposed “Russian Laundromat” scandal revealed a vast money-laundering scheme that moved at least $20 billion of illicit funds out of Russia between 2010 and 2014 (the true figure could be as much as $80 billion). 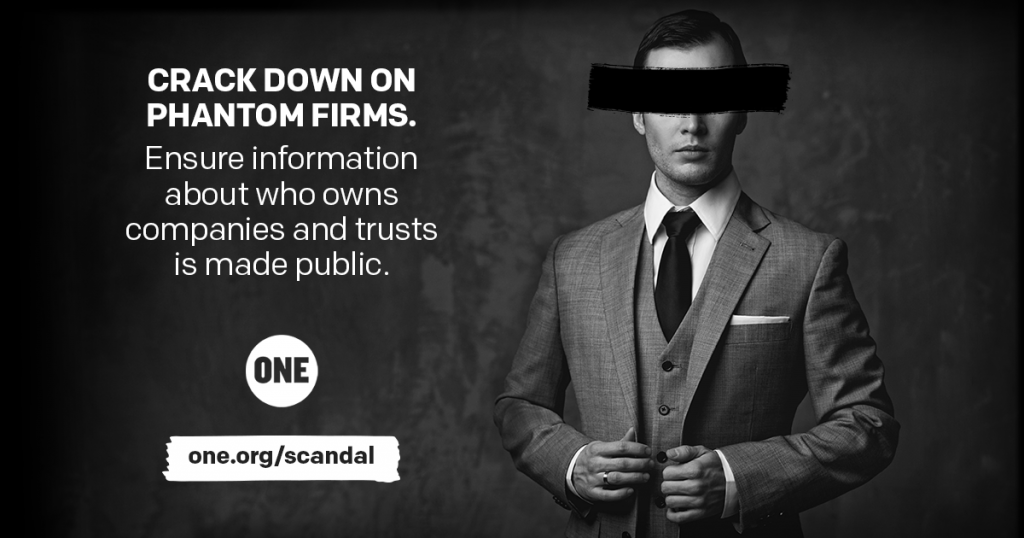 This scheme allowed anonymous elites to siphon millions of illicit funds out of Russia, and spend them on luxury items in the West. The shady money trail snakes from Russia to the Baltic States, and from there to Europe and America. It involved bad banks, fraudulent loans and a network of shell companies based in the United Kingdom and other EU countries.

If EU and national governments are serious about cracking down on global corruption, they must lift the veil of secrecy and agree to make who owns and controls companies and trusts public.

The “Russian Laundromat” isn’t an isolated case. It is a global problem. Every year, at least a trillion dollars is siphoned out of developing countries through a web of secretive and illicit activities. Global money-laundering schemes move dirty money from east to west, south to north… stifling development by diverting funds that could have been used to build hospitals or schools if they’d been properly taxed. Instead, this type of corruption fuels illicit wealth, inequality and in some cases, instability.

Phantom firms – anonymous shell companies – play a prominent role in these schemes. The World Bank investigated 200 of the biggest global corruption cases and found that 70% of them relied on opaque legal structures, such as trusts and anonymously owned companies. These legal vehicles allow corrupt individuals and irresponsible businesses to hide their identity, making it impossible for citizens, journalists and authorities to track down those responsible for tax evasion, money laundering and other corrupt activities. The majority of shell companies in “Russian Laundromat” have been shut down, and their owners and beneficiaries, together with the billions of dollars, have never been identified.

As the European Union enters the final stages of negotiations to revise its Anti-Money Laundering Directive, the Russian Laundromat yet again illustrates that phantom firms facilitate corruption. The EU must take action and ban anonymous trusts and shell companies.

ONE is calling for information about who owns EU companies and trusts is made public. Only increased transparency will give citizens and governments the tools to follow the money and to root out corruption.