This is a joint blog authored by Fiona Robertson and Sara Harcourt.

More than twenty years ago, campaigners around the world mobilised millions of people to call on leaders to cancel the debts of the poorest nations. The ONE Campaign was borne out of this fight – and its founders joined forces on the Drop the Debt Campaign to help rid the poorest countries, mostly in Africa, of crippling debts. In the end, over $100 billion was cancelled, freeing up money for governments to invest in education and health for their citizens, instead of servicing debts. 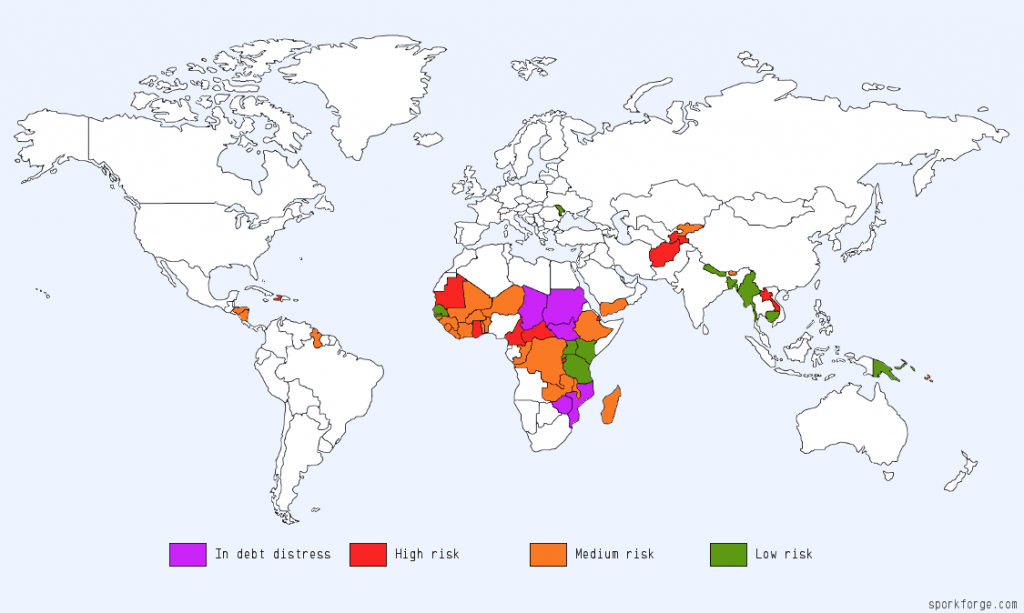 As ONE’s 2017 DATA Report – Financing the African Century – showed, a sharp drop in the price of oil and other natural resources (which many African governments rely on) means national budgets are overstretched. Aid is not able to meet the shortfall – as donor countries have also tightened their purse strings. Couple that with a youth population set to double by 2050, and African governments are once again forced to increase their borrowing in order to invest in their own development.

In 2016, Africa’s debt levels increased by over 10% to $600 billion, over double the levels recorded a decade ago. One in three of the 37 African countries that had their debt wiped are either in high debt distress or in debt crisis according to the IMF, a number that has increased by 33% from 2015.

Debt in itself is not a bad thing, as responsible borrowing allows governments to cover shortfalls when times are hard, or invest up front in areas that will bring further growth down the line. But if debt is racked up too quickly, or taken on different terms, it becomes harder to manage.

Africa’s rapid debt accumulation has been helped by sluggish growth and low-interest rate policies in Europe and the US in recent years so that it has attracted additional private sector lending. This is making new debt entirely different from that held by countries in the early 2000’s. For one thing, private loans do not have as generous payback terms.

At present, there are no internationally-agreed mechanisms for making lending more transparent, and for fairly addressing debt if a country becomes unable to pay. The consequences of these challenges are first, that countries can take on bad debt under opaque circumstances, as recent cases in Mozambique and Congo have illustrated. And second, if a country does default, it is vulnerable to “vulture funds”, whereby the private sector can buy old debts cheaply and demand repayment at huge costs, as we have seen in Argentina.

In 2016 it was revealed that Mozambique had an additional $2 billion in previously undisclosed debt. The loans were to be invested in private security and tuna fishing businesses and were guaranteed by the government, but never were disclosed to the Mozambican parliament, violating their own constitution. Three years later, after exorbitant fees were paid to banks, interest rates were fiddled, and the loans finally exposed, not a fish has been caught. Now in default, with suspension of IMF programming and all aid, Mozambican citizens are paying the price for this illegitimate debt with cuts in services.

Avoiding another debt crisis will take swift action, with support from governments (both borrowers and lenders), international institutions and the private sector. It’s imperative that we increase the transparency around lending terms and the amount and type of debt held by countries. This means increased oversight and tracking from international and regional institutions, for lender and borrower countries, as well as the private sector- including banks. Current discussions around a Transparent Lending Covenant for commercial banks to voluntarily disclose information is a positive step towards increased transparency in the industry.

Other solutions include national legislative changes to support equitable and transparent workout mechanisms. And all new debt must have clauses that protect from Vulture Funds. Finally there must be support and room for civil society to access, view and monitor any new debts, as ultimately, citizens will be the ones who will benefit – or pay the price – of any new deals.

Aid and DevelopmentDebtPolicyTrade and Investment