This is a guest post written by Isabel Symens, one of our Belgian Youth Ambassadors. 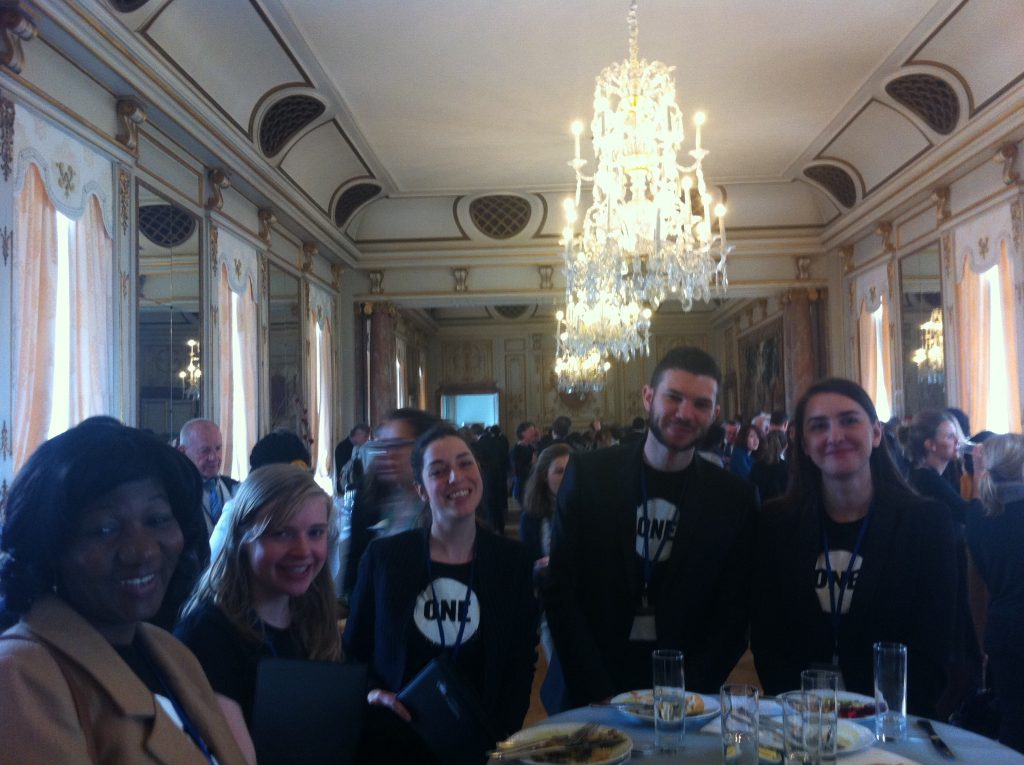 I have to admit, it hurt when my alarm went off at 5.15 AM, but I knew it was going to be worth it – and damn I was right. The 25th of April was a very important day in the fight against malnutrition, and it was an amazing experience to be part of.

We were expected at 7.30 AM in the beautiful Egmont Palace in Brussels to help out at the High-Level Event on agriculture, food security and nutrition. This event was organised by the European Commission, and attracted several hundred experts from around the world.

We were all suited up in our neatest business clothes, and having to go through full security really gave us an idea how important this event was. Inside the palace, we had a short briefing and decorated our stand before dividing into two groups.

The first group escorted the panellists and the speakers of the event to the VIP room. It was an amazing opportunity to be able to talk with these important and interesting people about ONE, the fight against poverty, Brussels, the cold weather, European smartphones and more!

The second group interacted with the visitors, asking what the one thing was that they would do to end malnutrition. In this way we brought the fight against malnutrition to their attention and collected their ideas on what should be done. The guests came up with a lot of great ideas, such as: “think global and act local” and “fight inequalities globally”. Afterwards, we gave them a fortune cookie to thank them for their time. These cookies were not only delicious, but also conveyed an inspiring message. For example: “If you want to go quickly, go alone. If you want to go far, go together. Together we can end malnutrition.” 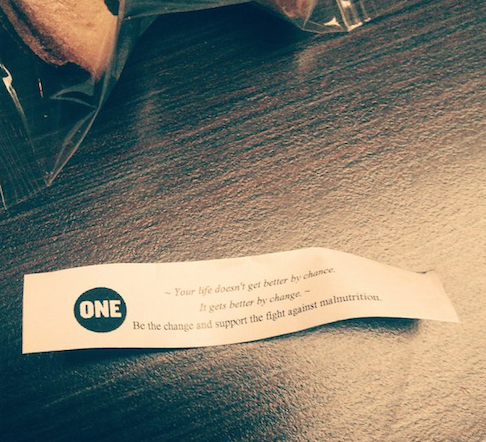 After all, poor nutrition is linked to the deaths of almost 3 million children each year. This has to stop, and this is why we are campaigning to increase investments in programmes specifically designed to combat malnutrition.

During the conference we listened to speakers like Neven Mimica, the European Commissioner for Development, and David Nabarro, UN Special Adviser on 2030 Agenda for Sustainable Development, who attracted our attention when he pointed out the importance of putting women and girls at the centre of development initiatives. Because of the resonance with ONE’s Poverty is Sexist campaign, we asked if we could take a photo with him, and all showed our most beautiful smile.

After having a delicious lunch in the most beautiful chamber of the palace, we assisted with the afternoon’s panel sessions, helping panellists find their seats and giving them their microphones.

At the end of the event, we took a photo with Klaus Rudischhauser, the acting Director-General for International Cooperation and Development at the European Commission, and gave him a summary of the all the expert wishes that people had written on the boards we went to deliver.

Finally, it was time to go home. Walking through the pouring rain, we thought about the busy day and how we’d interacted with important people and listened to interesting speakers about malnutrition. We also engaged influential people to think about what they could do to end malnutrition.

Now we are left with the question: What would YOU do to end malnutrition? Let us know on Twitter by filling in the rest of the tweet!