Our guest blogger today is Camille Hors, a 15 year old volunteer who was part of the international launch of action/2015 in Paris with 16 other teenagers. 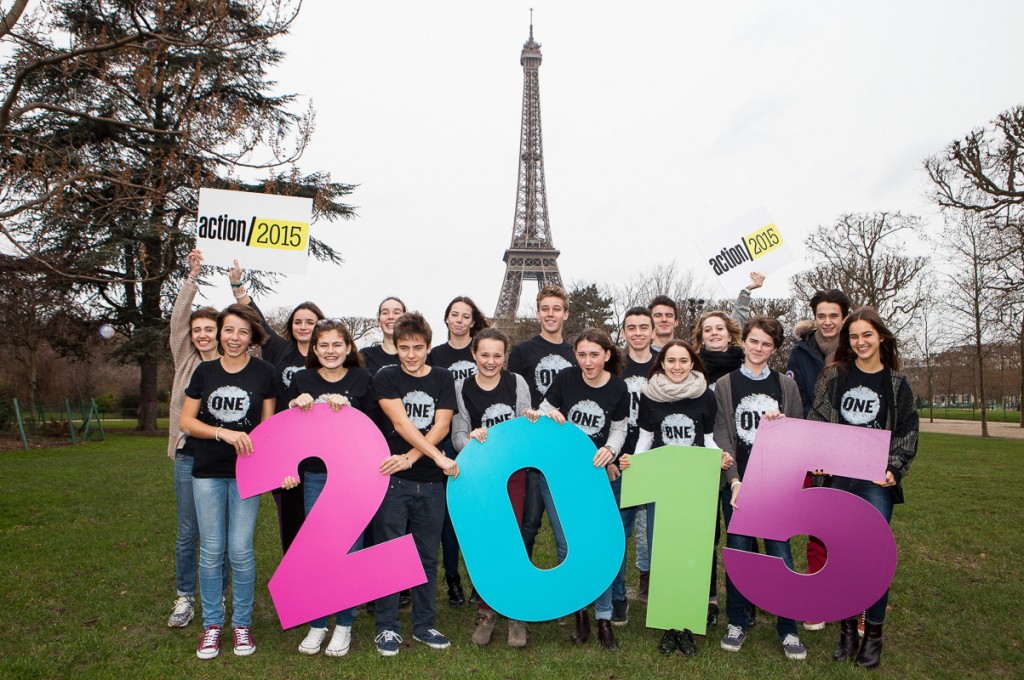 Young people from across France came together in Paris, and met with Nicolas Sarkozy, former President and head of UMP; Annick Girardin, Secretary of State for Development; Patrick Klugman, Deputy Mayor of Paris in charge of International Affairs and Guillaume Chabert, Chief of Staff for the Minister of Finance. Photo: ONE

On January 15th 2015, I joined a group of 15 year olds from all over France in Paris to share our own worldview with some French decision makers.

The repetition of the number 15 is not a coincidence: indeed, 2015 will be a key year for the future of our world with the Millennium Development Goals being replaced with new global targets in September.

At this UN meeting in New York, representatives of almost every country will set new Sustainable Development Goals (SDGs). It is essential to make sure these new goals are relevant and ambitious: this is ONE’s mission. And as young people, we have something to say about it!

The day started by a meeting with Mr Sarkozy, leader of the main French opposition party, and former French President. We discussed the importance of France’s aid contributions to Africa and Mr. Sarkozy ended the meeting by expressing his support for ONE. 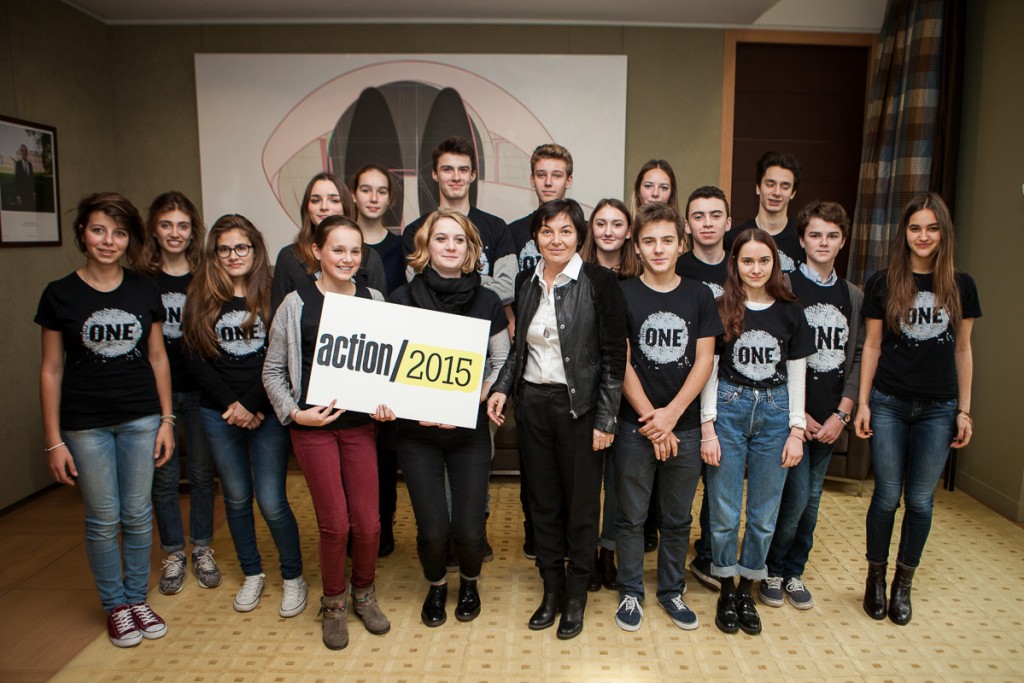 The group meet with Madame Girardin, Secretary of State for Development.

Satisfied, we went to the Ministry of Foreign Affairs, to meet Mrs. Girardin, Minister of State for Development. We shared with her our hope to see France contributing financially to Gavi, the Vaccine Alliance, in order to fight infant mortality.

After a photo in front of the Eiffel Tower (where we were chilled to the bone, but happy!) and a good hot meal, we went to the City Hall to meet the deputy mayor, Mr Patrick Klugman. We talked about the ways a city like Paris could do more to protect the planet and improve the well-being of individuals.

Finally, our last appointment was in Bercy, with the assistant cabinet director of Minister of Finance, Mr Guillaume Chabert. We kindly pointed out that France had not yet met its promise to dedicate 0.7% of its national income to overseas aid.

Being part of a dynamic group united behind the same cause was reassuring and exciting. But I think we all felt the scale and the urgency of the fight to end extreme poverty.

Although we met with four very different political personalities, the message we shared was the same: faced with an unequal world where extreme poverty exists, young people are coming together to demand their representatives do more to build a better world.

We know hunger and extreme poverty can be eradicated and we have already made good progress in the last 15 years. But this is not the moment to go back. We have to demand better, and make sure the world agrees ambitious, concrete and deliverable goals this year.

And we are all committed to making sure our leaders listen!

Join Camille and make your own personal pledge to do more and demand better from our leaders this year. Get your own pledge graphic!