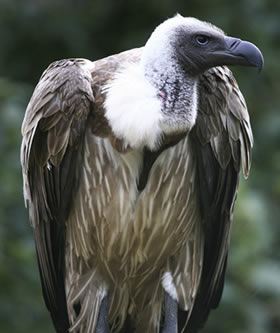 We have some great news to share in the fight against so called vulture funds, which make money by buying up old debt against developing countries, and using the courts around the world to sue them for the full amount in order to reap massive profits.

In a surprise decision today the UK Privy Council, which decides cases of Jersey law, has ruled against vulture fund FG Hemisphere in a case brought against Democratic Republic of Congo.

FG Hemisphere  was using the courts in Jersey to try and collect $100m from the Democratic Republic of Congo. The debt originated in the 1980s when the Yugoslavian government lent money to dictator General Mobutu to win contracts for their businesses.

Today’s judgement marks the final appeal in a case for payment on a debt bought by FG Hemisphere for just $3 million.

ONE has been campaigning for months alongside our friends at the Jubilee Debt Campaign to see an end to vulture funds using Jersey’s courts to prey on poor countries for old debt.

Nearly 50,000 ONE members signed our petition to Jersey’s Chief Minister, Senator Ian Gorst and thanks to our pressure, he announced that Jersey would introduce a law, similar to the one in the UK that will stop vulture funds preying from Jersey’s courts.

But this was too late for the current case. So today’s court decision is great news.

After having much of their debt cancelled by the IMF and World Bank just last year, the impact of losing this case would have been devastating for the on the Democratic Republic of Congo, and the people living in extreme poverty.

But of course the defeat of one vulture does not mean a defeat for all. So rest assured that ONE will continue to campaign on this issue. We’ll also be closely monitoring the situation in Jersey to ensure that the promised law comes into force soon.

Thank you to all ONE members who took action on this issue. Your voice was so vital in standing up for what was right.