Follow along as Billy — our UK Campaigns Manager — blogs about his experiences touring with U2 and bringing the fight against extreme poverty across Europe!

I’m writing to you from the Atlice Arena in Lisbon – in just a few hours 20,000 fans will be flocking here for the 10th show on U2’s eXPERIENCE & iNNOCENCE Tour. 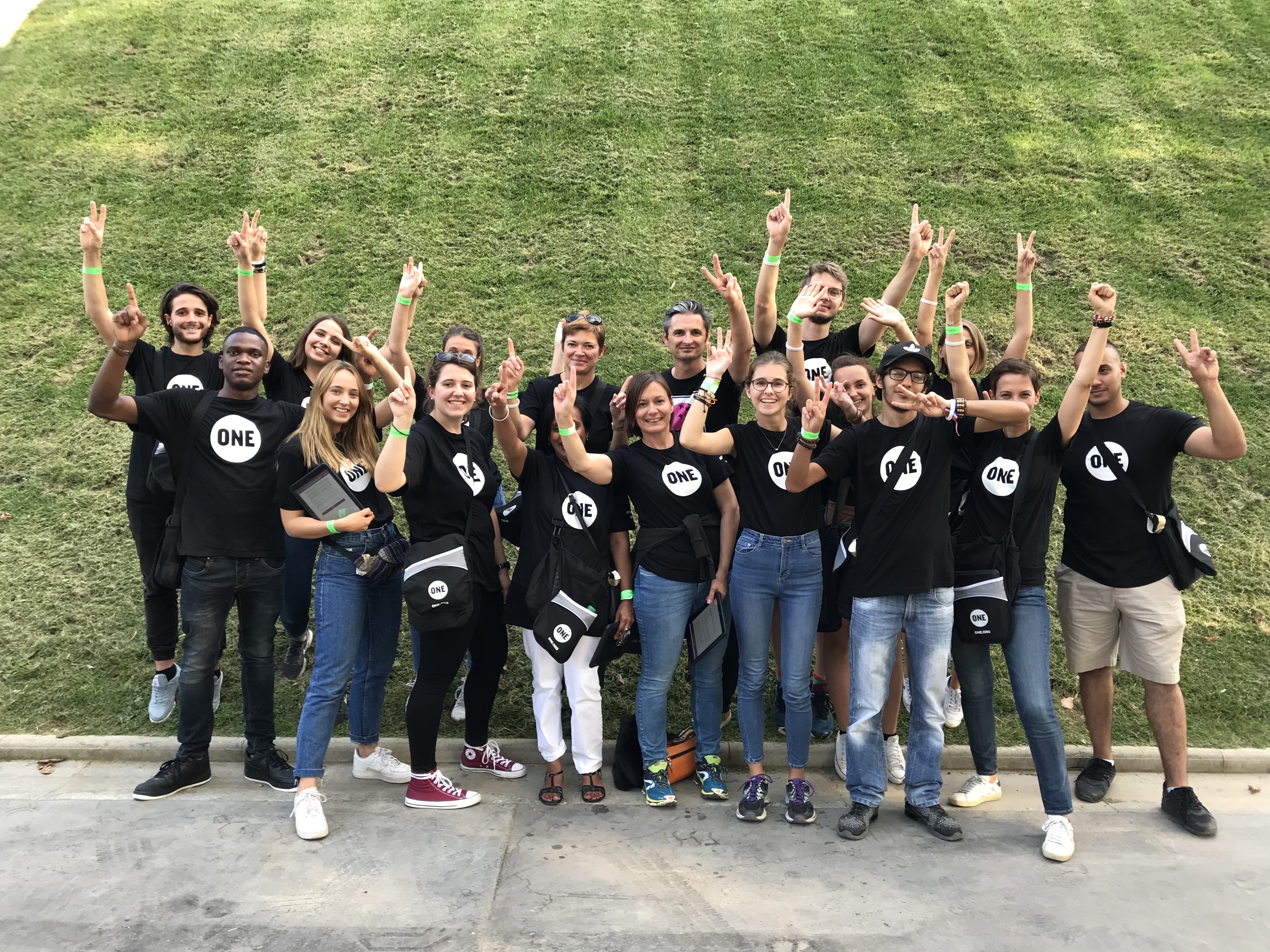 1. ONE volunteers are the best in the world.

I’ve already met 200 ONE volunteers in Berlin, Cologne, and Paris and I’ve been blown away by how dedicated, passionate, and hardworking our volunteers are.

There was the French Youth Ambassador, Romane, who volunteered at four – yes, four! – of the shows in Paris and signed up *hundreds* of new members. Axel, who travelled hundreds of miles to Berlin to come and give his time with ONE. And, the Cologne volunteers who convinced three generations of a family (son, father, and grandfather) to join our campaign! 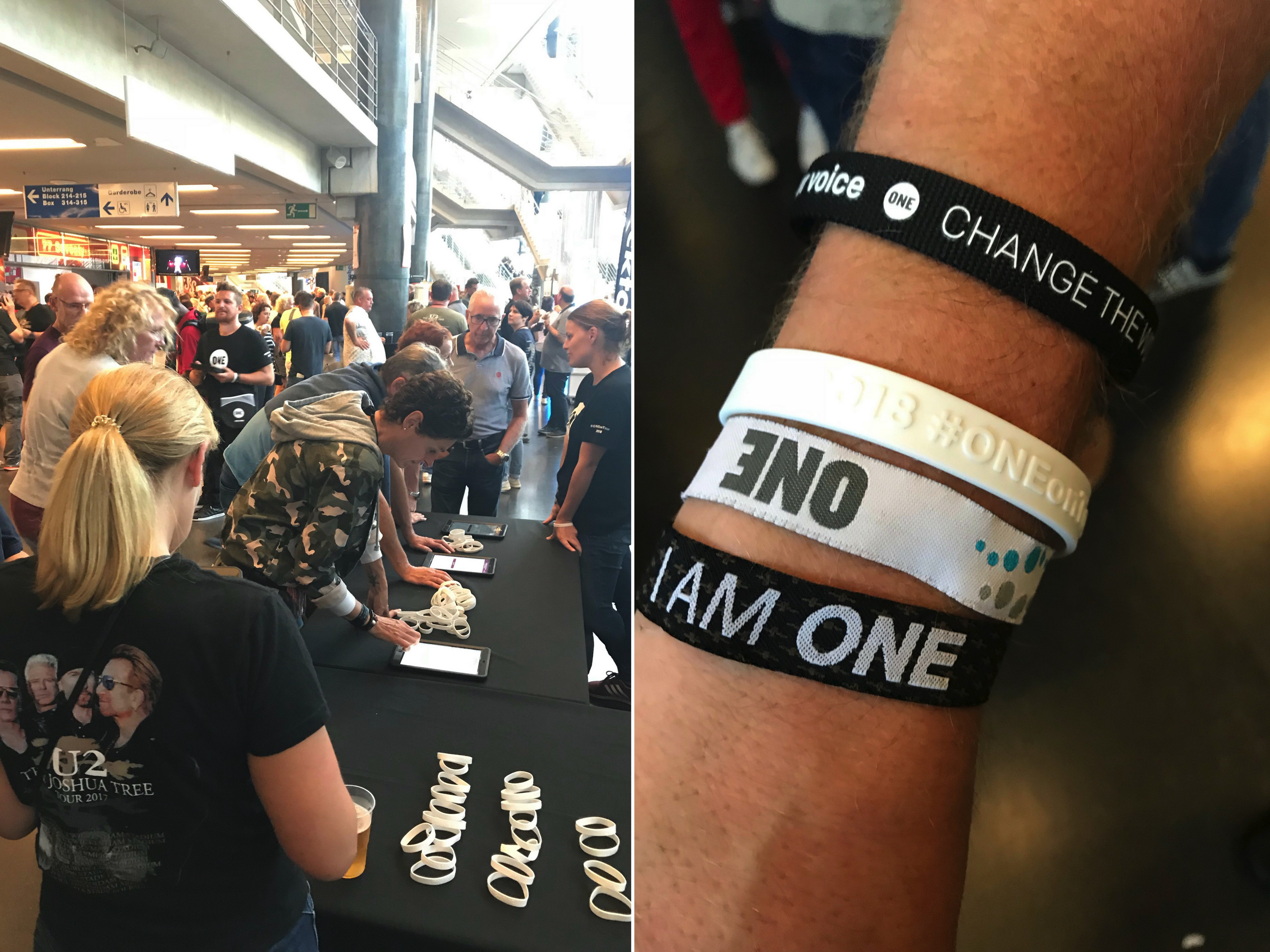 Signing up new members in Germany

2. There is *huge* support for ending extreme poverty.

It’s easy to be pessimistic about the world we live in – to feel like the only person who cares about trying to change things and putting our words into action.

This tour has made me an optimist. In just two weeks, over 7,000 people from all kinds of different backgrounds have joined ONE because they’re united in one goal: to end extreme poverty. 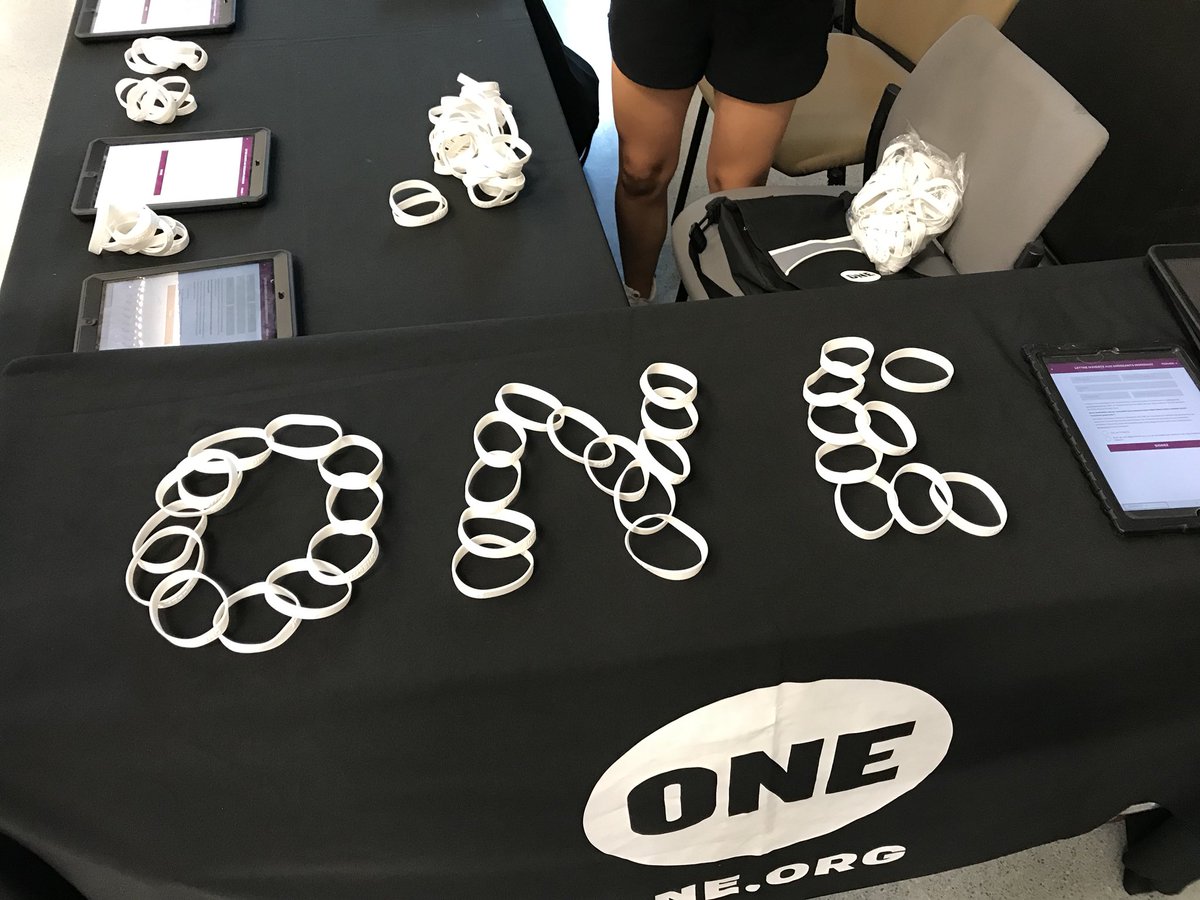 3. No one understands my accent.

I was born in London and raised in the suburb of Essex. In my mind, my accent is a silky east-London tone – not too dissimilar to Sir Michael Caine. In reality, it’s not. Every city and town has a different dialect and phrases so I’ve learnt to speak slowly and clearly – thanks to some advice from my French colleague, Anaïs.

4. ONE gets a shout-out from the stage.

If you’ve been to the U2 show on this tour you’ll remember the powerful shout-out our co-founder and U2 frontman, Bono, gives ONE on stage.

It’s an incredible opportunity to spread the message that #PovertyIsSexist and reach thousands of people every night. 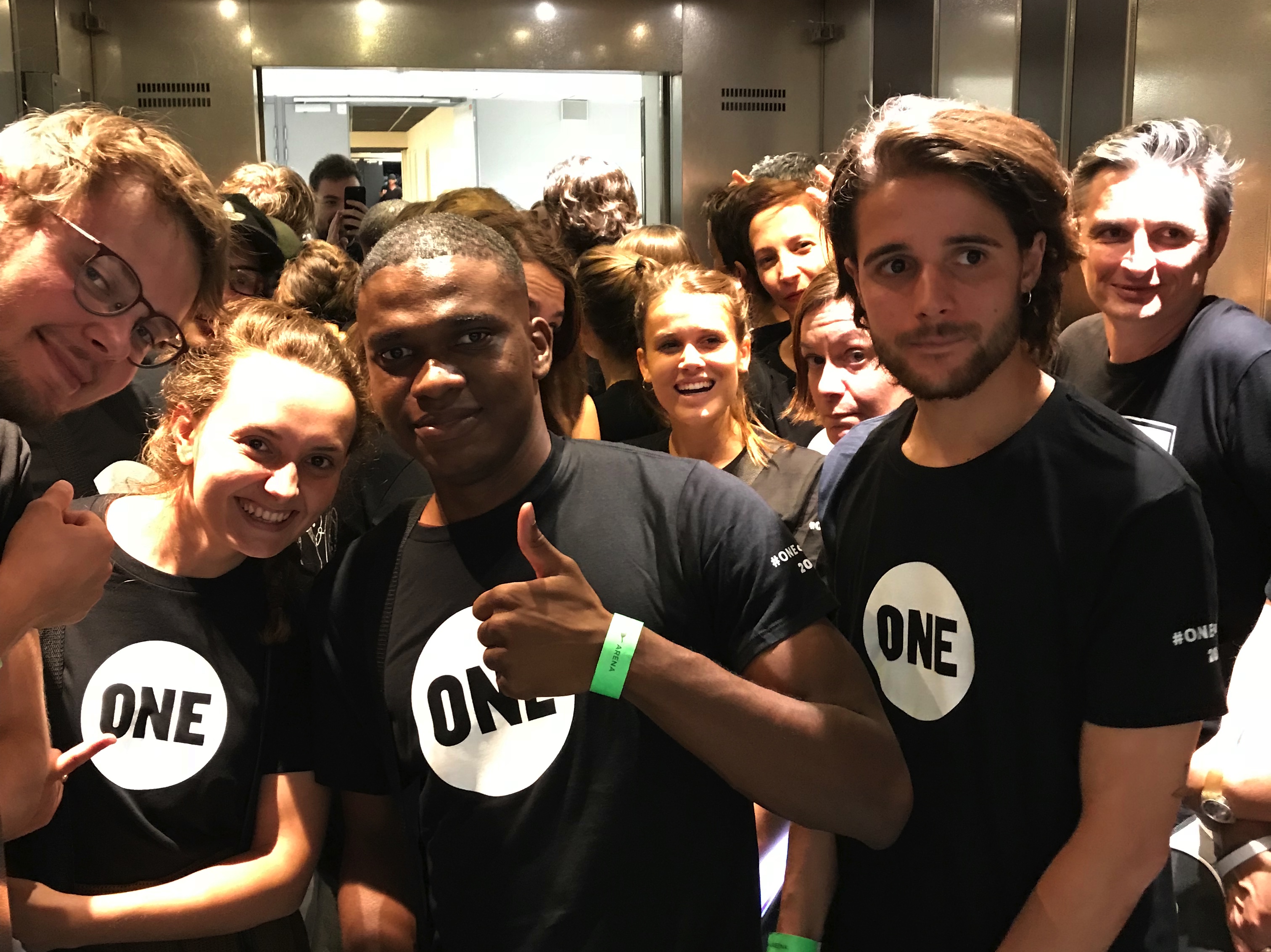 ONE volunteers in Paris, France

5. It only takes 30 seconds to get involved.

Eglantyne Jebb, the founder of Save the Children, once said: “The world is not ungenerous, but unimaginative and very busy.” It’s one of my favourite quotes and it’s so true.

Every night on the U2 tour, 25 ONE volunteers ask U2 fans to sign our Poverty is Sexist petition. Adding your name means we can deliver our petitions to leaders around the world with the power of popular opinion and a collective demand for change backing us. It’s simple: 30 seconds of your time helps us make an impact.

Not going to any of the shows? You can still be part of our #PovertyIsSexist campaign! Add your name and join the movement fighting for women’s equality EVERYWHERE.