The U2 concerts in Milan offered us a great opportunity to take action with ONE and involve thousands of people in the fight against extreme poverty and gender inequality! 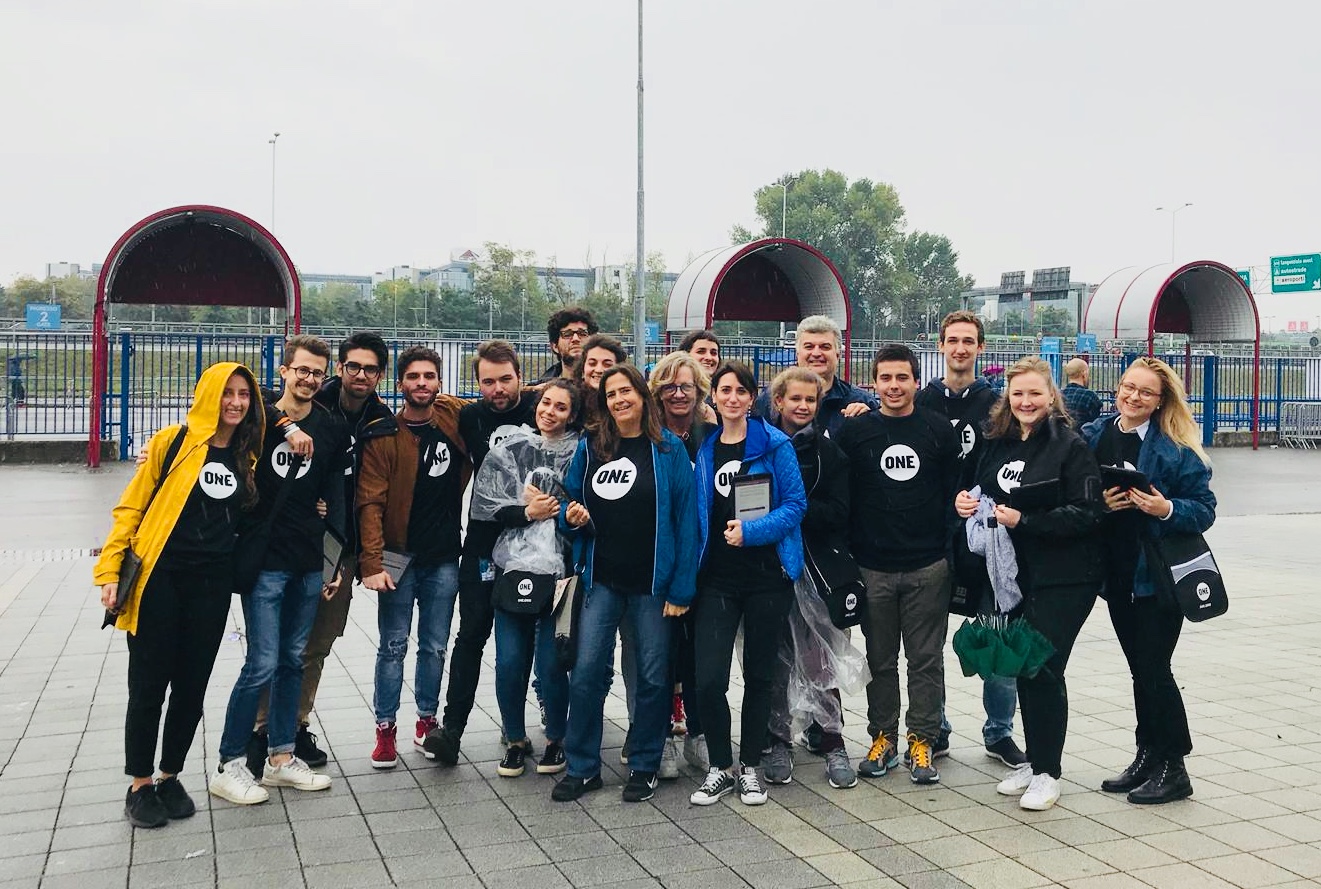 Neither the rain on the first day nor the heat of the following days could stop us. Dressed in a ONE t-shirt featuring the bold ‘None of us are equal until all of us are equal’ statement, an iPad in one hand and a bag of ONE wristbands in the other we went to speak to the people about ONE’s fight for a more equal world.

At the shows, we asked fans to sign our Poverty is Sexist open letter, which aims to highlight how gender inequality and extreme poverty are closely tied. It’s not an easy issue to speak about, but fighting for justice has never been so exciting! 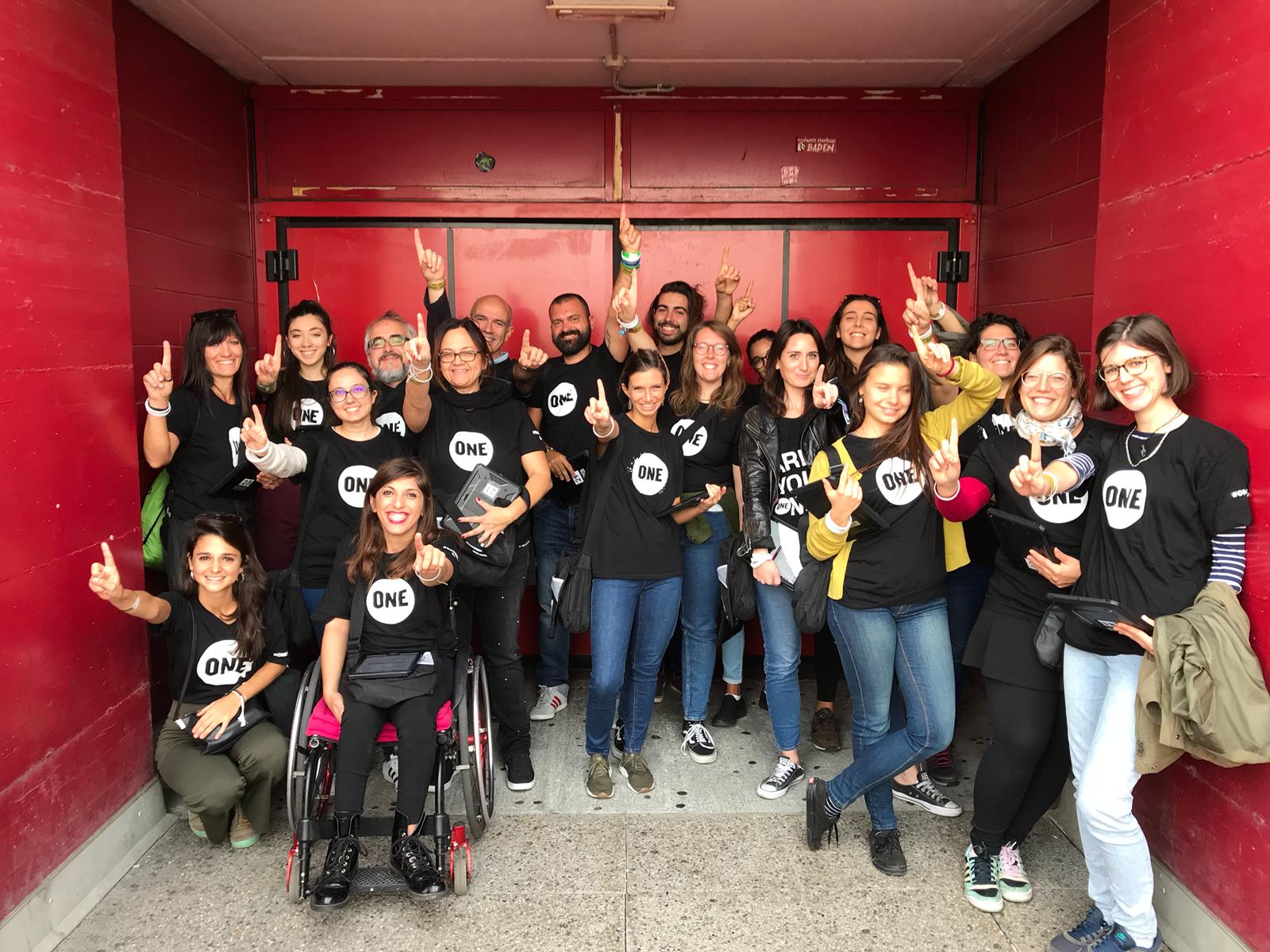 What’s challenging about this job is not gathering consensus on the campaign, it’s rather the expression on people’s faces when we explain it, and the question they often ask: “Do you think something will really change?” Our answer is always “Yes! But only if we act together.”

As Youth Ambassadors we want to share our positivity about the possibility of changing the world for the better, our courage, our voices and the idea that together we can really make a difference.

Those days in Milan were amazing! We felt the enthusiasm of people when joining the fight against extreme poverty and we collected thousands of signatures. 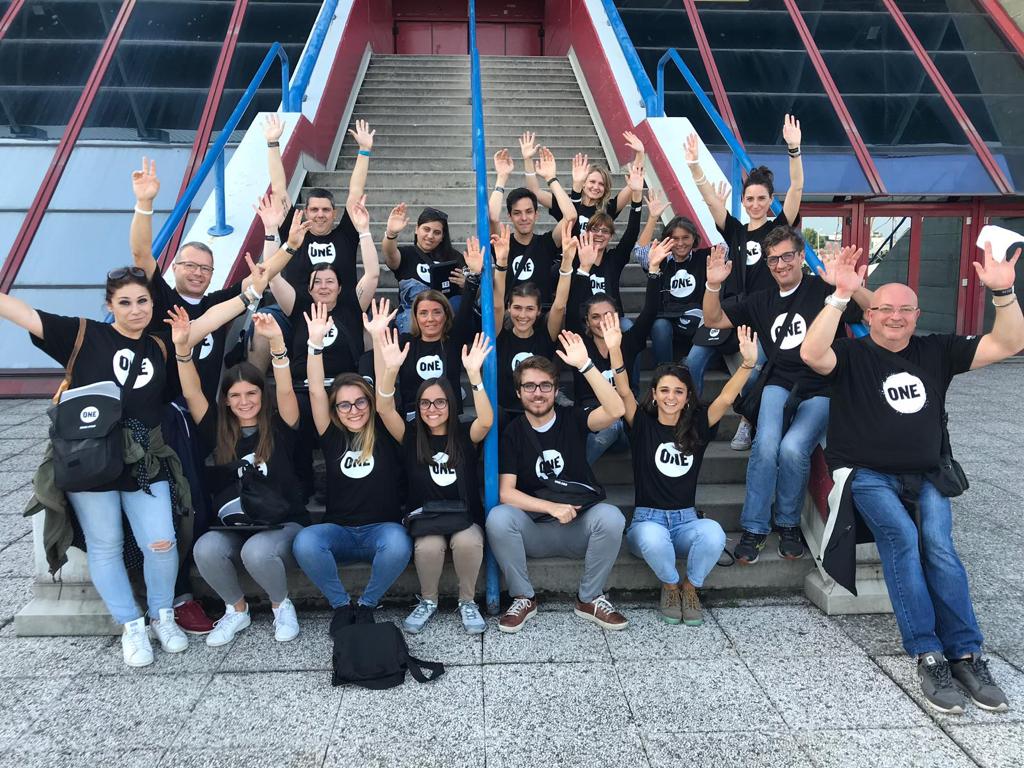 But it’s not just about the numbers — we know we did a great job because we saw smiles on their faces while signing the petition. We felt their hope for a better world where women and men share equal rights. We created a connection with them and succeeded in speaking to their hearts. That’s what really matters!

Everyone should be given an equal opportunity and we will use every chance we have as young activists to keep spreading this message as we did at the U2 concerts in Milan.

Join us in the fight for gender equality everywhere by adding your name to our open letter!