If you trek far enough into Kibera—through the maze of scrap-metal houses connected by webs of live wires running roof to roof, and down a slippery hill toward a peeling blue iron door that towers so high you can’t see the sky above—you might just catch a glimmer of hope inside the largest slum in Kenya.

Her name is Anne Wambui and she’s the headmaster of Anwa Junior Academy. 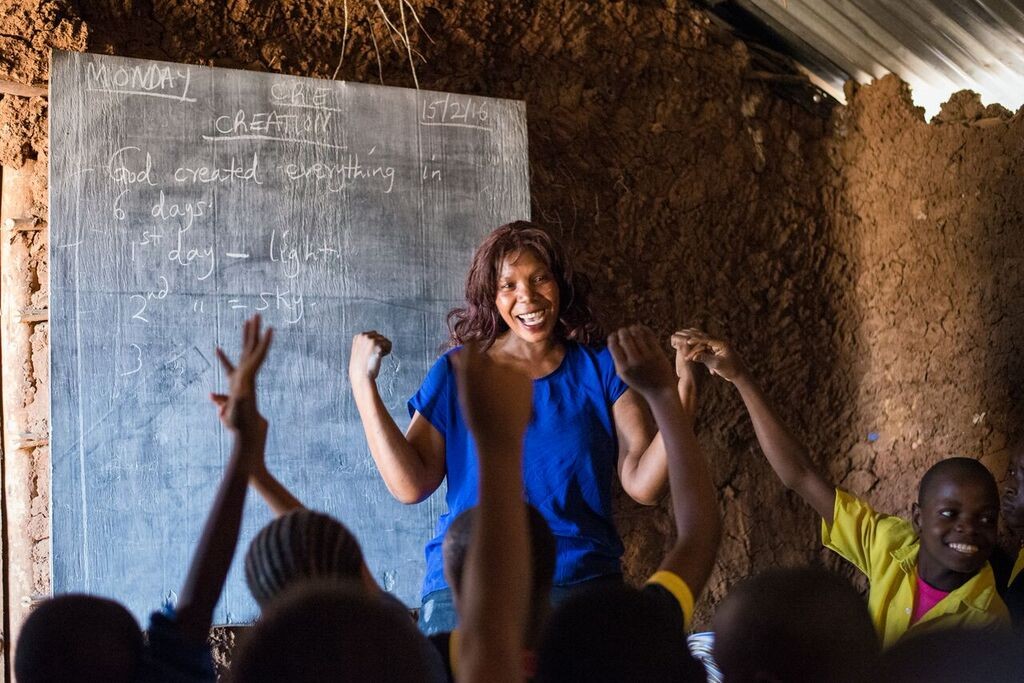 The gregarious 47-year-old mother and lifelong Kibera resident is, to many of her 424 students, a beacon of hope.

Anne, a high school graduate and former nurse, always dreamed of going to college and becoming a teacher. But the reality of being raised by a single mother in the Nairobi’s Kibera slums didn’t allow her that opportunity.

“I wanted to do a lot of education, to go higher, but my family was very poor. Getting money to go to college and train myself was not possible,” she says.

Instead, she got married and gave birth to a daughter. Her husband left her soon after, she says.

“He didn’t appreciate my education and he sent me out. That made me feel very furious. I felt that if one cannot appreciate education now, what will he appreciate?”

But instead of staying idle in her home, Anne decided to help give other children access to the opportunities she never had.

With only a high school education and no formal teaching background, Anne founded Anwa Junior Academy, a primary school smack-dab in Kibera—founded to inspire children to dream bigger.

Thirteen years after hosting her first pre-school class, Anwa Junior Academy has swelled to 424 primary school students and eight teachers, all inside a handful of one-story mud and metal structures on a dirt hill. 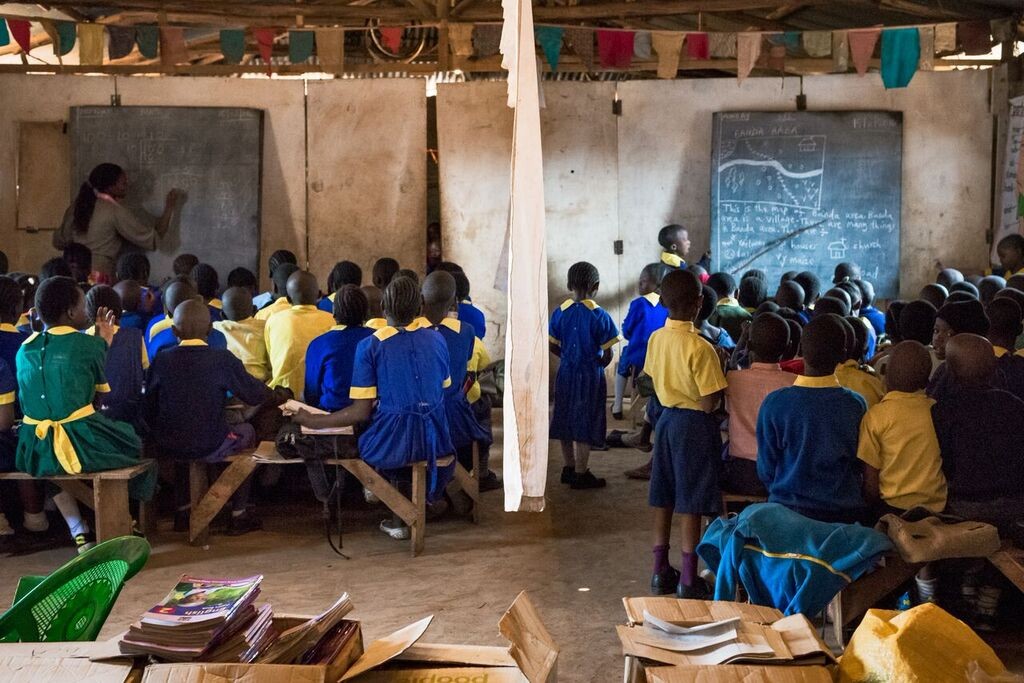 Spanning a single-square mile area, the informal settlement of Kibera is a sea of metal-topped houses, informal independent businesses, and a few crumbling and poorly resourced schools. Life in Kibera is not easy, especially for women.

In Kibera, women frequently make less money, attend less school, are married earlier, and experience more domestic violence than men, according to a 2014 report by the Africa Population and Health Research Center.

Anne is uniquely aware of those facts, and of the needs of her female students, many of whom have faced unique challenges simply for being female.

“I tell girls to be proud of themselves and that they are beautiful,” she says. “I tell them, ‘You can do anything,’” she says.

But Anne also knows that poverty, like abuse, doesn’t always discriminate by gender. 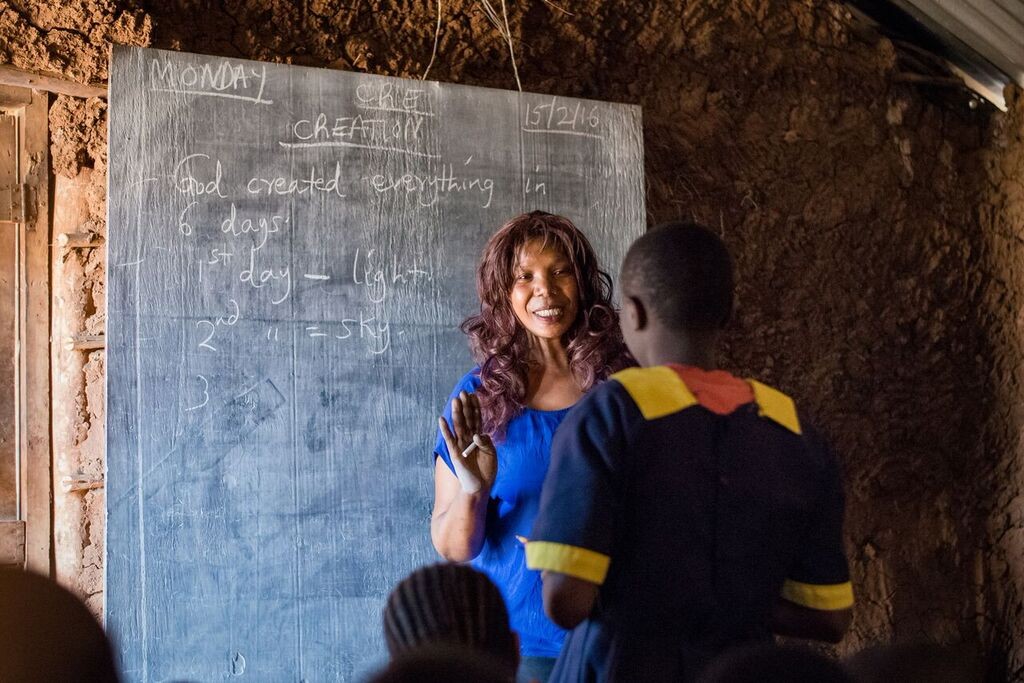 Anwa Junior Academy is made up of one-story mud and metal structures on a dirt hill.

Looking across a gaggle of young, uniformed students playing together in the compounds open space, Anne grows quiet.

“If you look at the children, most of them, they have not even taken breakfast,” she says. “You’re trying to [teach them] and all that’s in their mind is ‘Will I have a meal in the evening?’” she says.

While Anne purposely tried to keep Anwa Junior Academy school fees low—about $3 per pupil, per month—she says that amount is often too high for many students.

While the demands of mounting school fees, staff wages, and the cost of classroom rentals continue to challenge the headmaster, Anne said giving Kibera children an opportunity to dream bigger and have a better future makes her struggle worth it.

“You look at these children … most of them are orphaned, so they just have hope in me,” she says. “Me, giving them a smile—it’s like I’ve given them everything.” 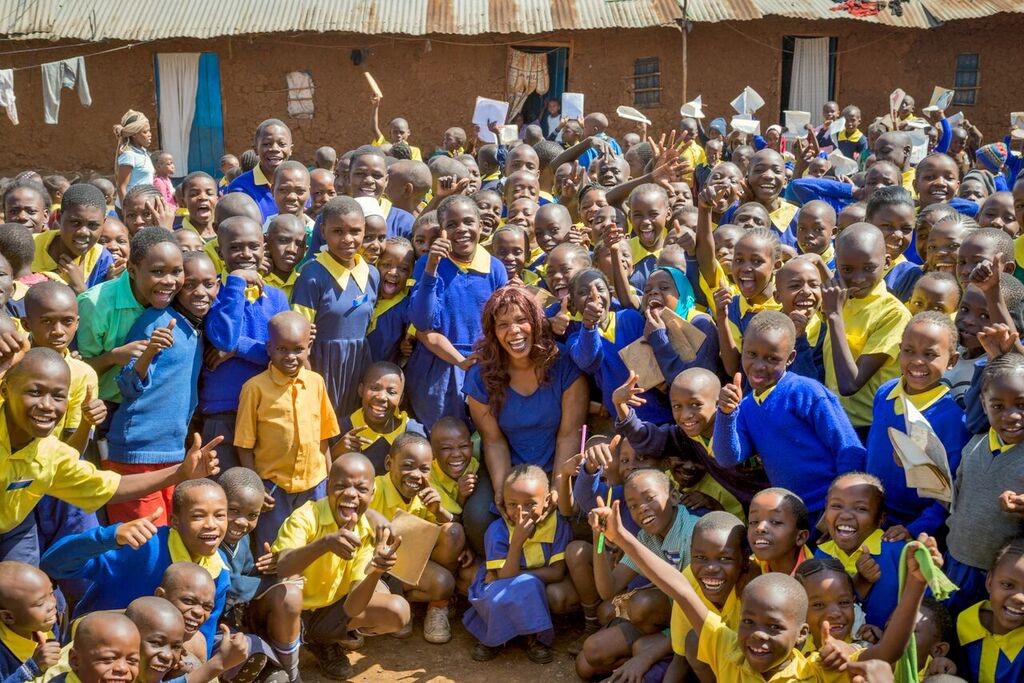 But, after teaching hundreds of students for over a decade, Anne finally has something more to boast about: Six of her Anwa Junior Academy students have graduated from university with another four currently enrolled.

“They tell me if it was not for me, they could not have gone to that level,” she says. “My purpose was to help several children get to higher education in Kibera. Now, I’m not moving back. I’m moving forward. I want to do much.”