While politicians were busy running their political campaigns, the ONE Youth Ambassadors in The Netherlands ran their own campaign!

Travelling the whole country, from Amsterdam to Eindhoven and attended dozens of meetings, election events and debates, they asked politicians to support the fight against extreme poverty.

And the great news? Over 115 candidates agreed with our Youth Ambassadors on one thing: the need to end extreme poverty! 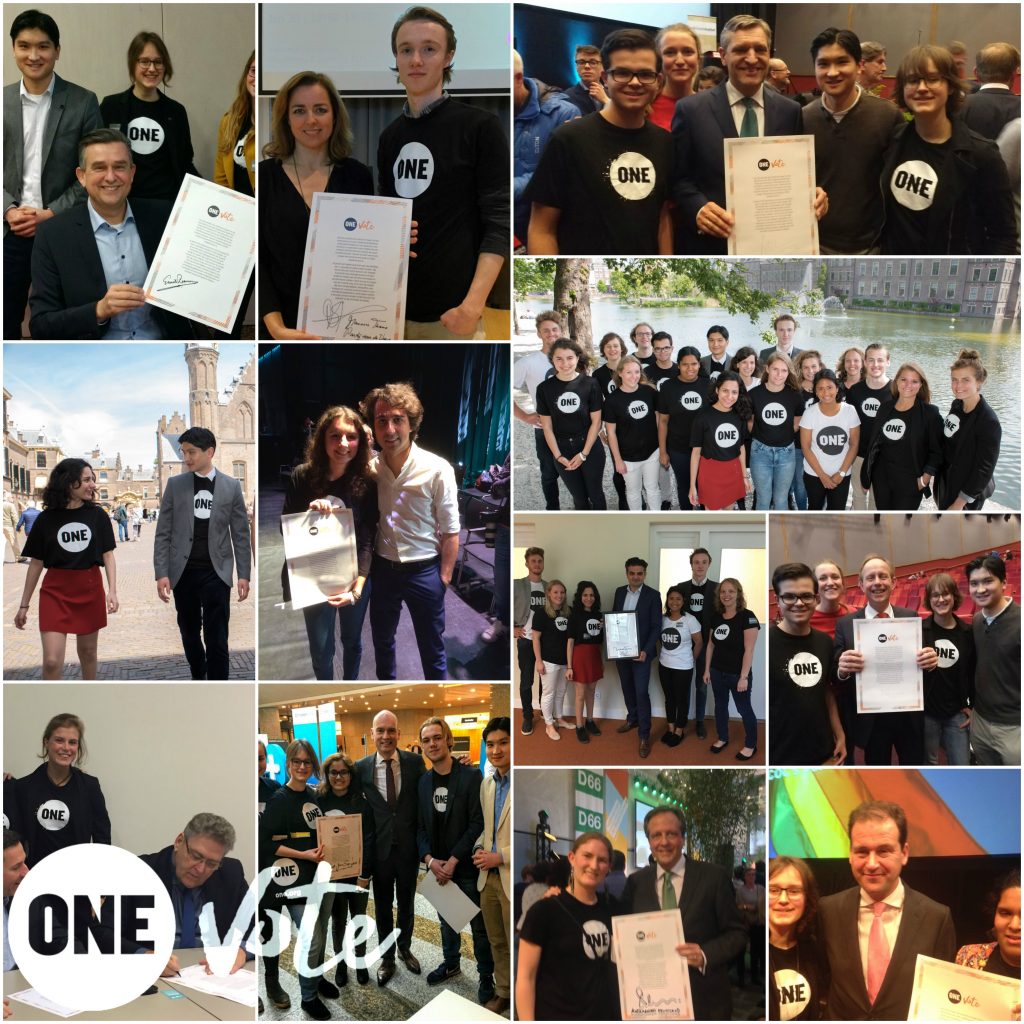 By signing the ONE Vote NL pledge they agreed that they, if elected, would help to end extreme poverty and preventable disease, focus development aid on those most in need and ensure that women and girls are central to any development policy.

And we didn’t just stop there! We also ran an online petition asking Parliament to end extreme poverty by 2030. The petition got over 12,000 signatures. After the elections we met with the new Committee on Foreign Trade and Development Cooperation and handed in our petition.

While our ONE Vote NL campaign has come to an end, we will not stop using our voice!

We will make sure that politicians keep their promises! Check us out and see how you can get involved!