For many families in Sierra Leone, education is out of reach for one reason: poverty.

Thousands of children are kept out of school simply because their parents don’t earn enough money, so instead of going to school, these young children have to generate income – often in dangerous work environments out on the streets.

This tragic pattern, unless broken, has the potential to repeat itself endlessly and trap families in poverty for generations.

But with a small helping hand, UK NGO Street Child has proven how mothers can be given the power to build a sustainable source of income for themselves so that they can send their children to school, long term.

Aminata, from Makeni in Sierra Leone, is just one of these mums.

“I have four children. One year ago, I couldn’t afford to send my children to school. In the morning they went to the rubbish dump looking for metal and plastic to sell.

They gave me counselling and put my children into the local primary school. They helped me to start up a shop with a business grant and regular training. Now, with the profit, I can pay for my children to go to school and give them food and shelter.

I hope my business keeps going so one day I can send them to university. We are living a happy life now as a family.”

Street Child’s social workers work on the streets of Sierra Leone, on which some 50,000 children depend for survival.

They work with the families of poor or street-connected children to give them the tailored package of support they need to help empower them so they can lift themselves out of extreme poverty and afford the costs of educating their children in the long term.

Many mothers choose to set up food stalls so they can feed their children a nutritious meal as well as making money to send them to school. Others set up small shops to sell everyday items to their local communities.

Emma and her son John are another family in Makeni who have been supported by the scheme.

In 2015, Emma was struggling to support herself and her young son. Relying on the generosity of her neighbours and selling palm wine where possible, she was barely earning enough money to survive. She was unable to send John to school, and instead he was forced to work on the street helping her sell palm wine. 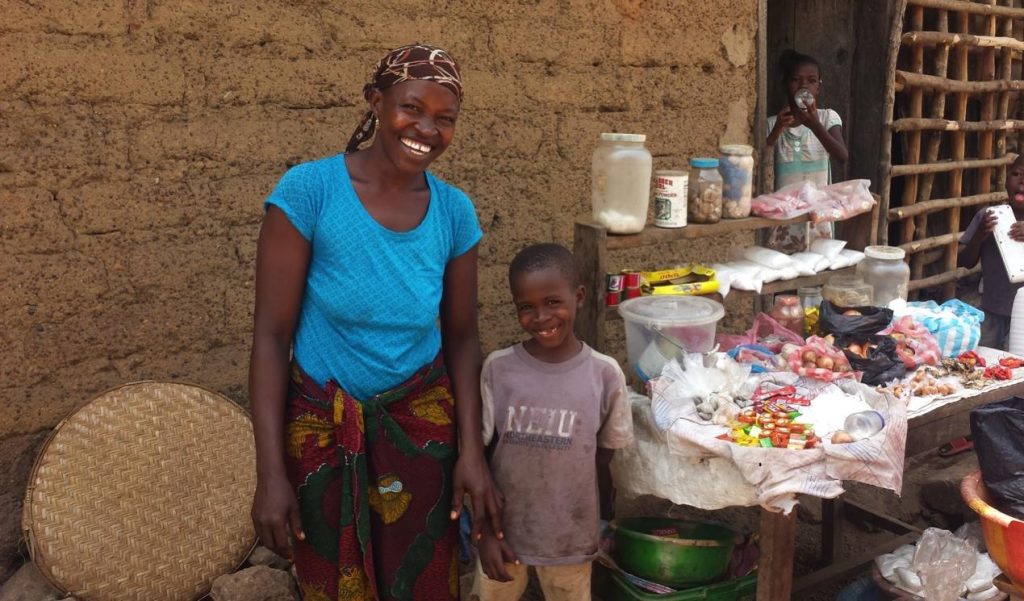 Emma and John with their new stall.

Emma received a business grant that allowed her to start her own market stall outside her house. Today, she sells rice, oil, onions, seasonings, tomatoes, soap and more. Now Emma can afford to send John to school and she has big plans for expanding her business to keep their lives moving forward.

What is so effective about this business scheme, is that it doesn’t make the families dependent on outside help. It sets them up with a sustainable income for years to come and new hope for the future. 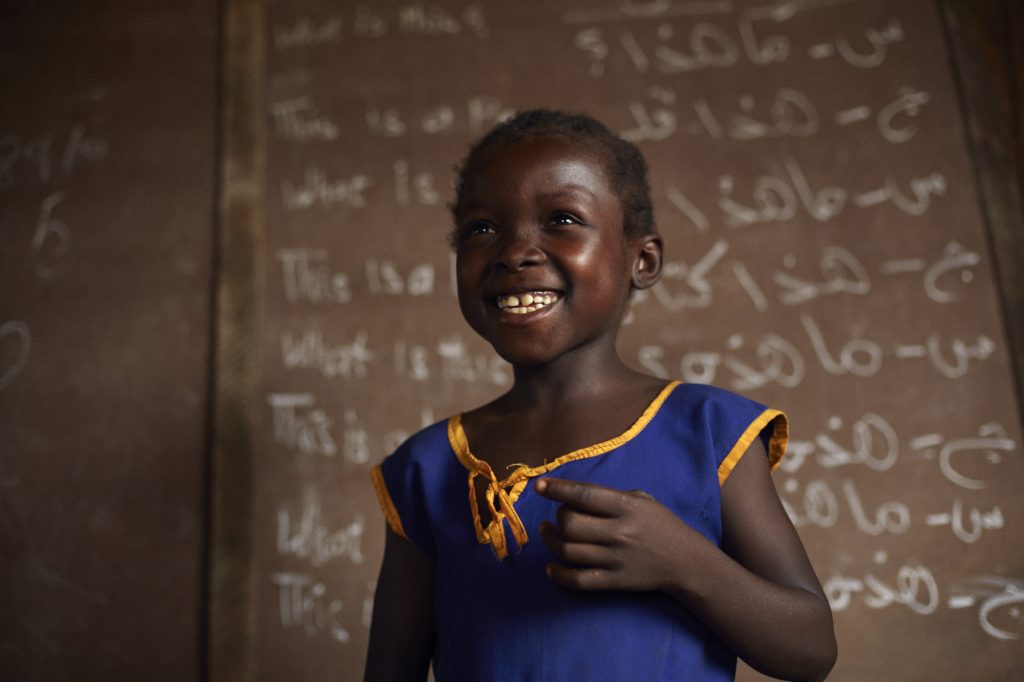 A young student, Lucy, at her school in Kenema District in Sierra Leone’s Eastern Province.

Street Child’s family business officers provide mothers like Aminata and Emma with business training, planning, grants, loans and savings schemes. Officers work with families to develop and implement a business plan that works for them, and to entrench a pattern of saving to meet future educational expenses.

The idea of the scheme is to look to the future. A sustainability review carried out by Street Child found that 84% of businesses were still operating successfully two years after the initial business grant was given out. Furthermore, 91% of children enrolled in school were still attending.

To find out more about Street Child’s work in Sierra Leone – as well as Liberia, Nigeria and Nepal – visit street-child.co.uk.