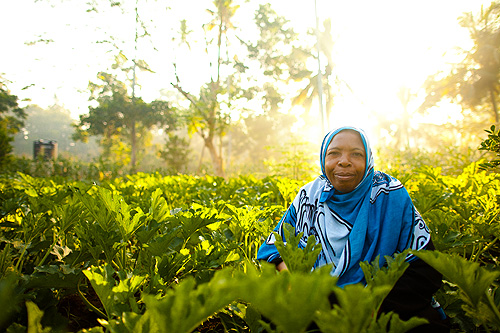 The most important international negotiations of which you’ve never heard are in trouble. They aren’t about Iran’s nuclear program or trans-Pacific trade: they’re about ending extreme poverty and saving hundreds of millions of lives in the next fifteen years.

In New York, talks aimed at agreeing how to finance the future of international development have hit gridlock. Less than a month before a critical summit on the topic in Addis Ababa, the states of the United Nations, rich and poor alike, should be raising their game, setting ambitious plans to improve the lives of millions of people currently denied basic services like health care or education. Instead, there’s a standoff over who is responsible for delivering a new deal, and a general refusal by governments to put their money where their mouth is and sign up to meaningful targets.

In September a new set of global goals to replace the Millennium Development Goals–adopted by the UN in 2000–will be agreed in New York. But even before they are announced, the opportunity they promise could be squandered. Unless world leaders–from both wealthy and developing countries–put real resources on the table, these new goals will be no more than words on a page.

That would be a tragedy. The world has made amazing progress in reducing extreme poverty and preventable disease in the last 15 years. I lived in East Asia for a while, where the reduction of poverty and the improvement in people’s life-chances, year on year, is almost palpable, as families graduate from a bicycle, to a motorbike, to a car, to weekends off, to vacations in Australia. And when I travel to Africa now, I get the same sense of excitement I used to have in Asia–urban skies crowded with cranes, technological solutions to the supply of credit and the like leapfrogging old infrastructure. The figures back up of the evidence of one’s eyes. Between 1990 and 2011, the proportion of people globally living on less than $1.25 a day dropped 36.4% to 14.5%.

The G7 group of leading industrial democracies has just committed to ending extreme poverty by 2030, and there’s no reason why we can’t do it. But here’s the catch: we need a financing plan to reach that goal, because the next half of the task will be the most difficult.

Some 1 billion people still live in extreme poverty, with an income of less than $1.25 a day. The crux of the issue is that the least developed countries (LDCs) bear a growing share of that population living in extreme poverty. People living in LDCs are more than three times as likely to live below the $1.25 line than those in other developing countries.

At the same time, the share of aid the LDCs receive from the rich world has slumped. That contradiction must be addressed. A new analysis by our organization, The ONE Campaign, shows less than a third of aid currently goes to the poorest countries. If all donors allocated at least 50% of their aid budgets in 2014 to LDCs, as we are calling for, an additional $26.5 billion would have been available to those who need it most. This could more than pay for full vaccinations of every single child in LDCs, and still allow donors the flexibility to respond to crises like Ebola while prioritizing precious aid dollars on those places that need them most.

Aid is only one part of how we will end extreme poverty. When we talk about improving the lives of the poorest, the conversation has to include those countries where they live, and how their governments spend their own resources. As economies grow, developing countries need to drive up their domestic tax revenues and clamp down on corruption and illicit financial flows.

That’s why the Addis Ababa summit on financing for development summit should agree to a minimum level of spending per person, to deliver a basic package including health and education for all by 2020. The average government spending on social services such as health and education in LDCs is not much more than $200 per person annually, and in some countries it’s much lower. Governments should agree to aim to spend $500 per person, or 10% of GDP, to meet basic social needs. An interim target of $300 per person should be set for these very poor countries currently spending less than $150 per person.

This development finance deal in which both rich countries and poor ones have skin in the game needs one more element: much tougher rules to curb illicit financial flows and illegal tax evasion, while increasing budget transparency so that citizens can see what their money is buying.

Do all that, and 2015 will be on the way what it should be: a year that marks the most significant set of global agreements on humanity’s wellbeing since 1945. But the clock is running down on putting a real deal in financing for development together. It’s long past time for world leaders to step up and do something meaningful for the world’s poorest people.